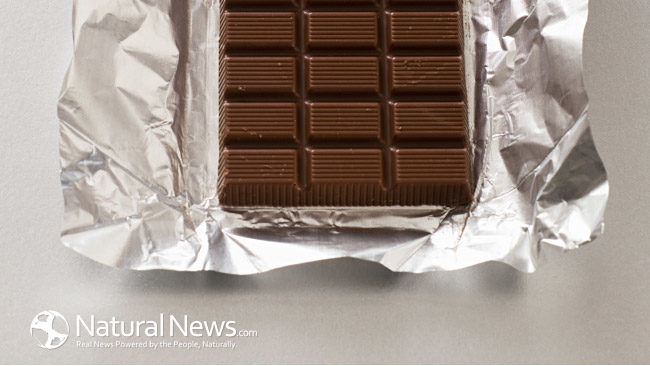 Hershey has announced they are making strides towards using “simpler ingredients in products”. This not only includes removing all GMO ingredients from their products, but removing a few artificial ingredients in favor of more natural alternatives as well.

This comes on the heels of the announcement a week or two ago that Nestle USA would be removing all artificial colors and flavors from its candy bars by the end of 2015. In addition to its chocolate candy bars, Nestle is looking to remove artificial colors and flavors from its brilliantly-colored line of candies like Nerds and SweeTarts. Hershey and Nestle, two of the largest candy companies in the US, have heard what consumers have to say loud and clear about artificial dyes and ingredients. It’s refreshing to see corporations responding and taking action.

So what are some of the changes these companies have pledged to make?

Essentially, what each of these come down to is simply using real ingredients, not artificial or altered ones. It’s a shame that we can’t count on corporations to do the right thing and avoid using lab-formulated chemicals in their products just to boost their profit margins by one half percent more. Perhaps the 33.6 billion dollar a year candy industry is not lucrative enough to make a buck in?

As Nestle is showing us, you can still turn a profit by switching from these cheap alternatives to natural ingredients. Nestle has vowed the price of their candy bars will not increase due to switching to more expensive natural alternatives, which leads us to believe it’s not digging into their profits in any significant way to go the natural route.

Will Hershey and Nestle get the ball rolling?

Perhaps this will be the start of a snowball rolling with the large food manufacturers in the US to hold their products to the same standards as the rest of the world. It would be great to see Mars follow in their footsteps, but no signs of change in the land of M&M’s, as Mars is still claiming artificial dyes are safe.  Yet across the Atlantic Ocean, the M&M’s sold there look a little different than in the US. They do not contain several artificial colors like Yellow #5 or Red #40, but it’s not just Mars playing that game. Did you know Kraft manufactures their infamous Mac N’ Cheese for Europe without artificial dyes Yellow #5 and Yellow #6, both linked to hyperactivity in children?

Despite already using alternatives due to pressure from other countries, Kraft continues to use the cheaper petroleum based artificial dyes here in the US. The same goes for Mars and it’s M&M’s. So long as we continue to buy their products, they will put whatever they want into them. Use your wallet to vote for a brand who is doing the right thing and using natural whole ingredients. Sign petitions to get artificial ingredients out of our mainstream food system.

While it is refreshing to see some large corporations step up and take action, the absolute best way to ensure you aren’t consuming anything toxic or artificial is to simply avoid eating anything out of a box or package. Opt for whole, natural, raw foods as much as possible, and circumvent the toxic junk food world.

I am an avid health and nutrition advocate, and I enjoy opening people's eyes to the injustices and atrocities around them, while promoting natural living and natural health.