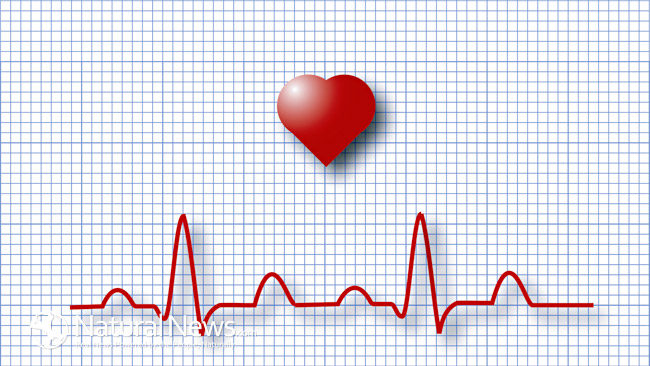 The conventional understanding of cardiovascular disease is unsurprisingly, quite narrow-minded and off the mark.  As with many health conditions traditionally treated with pharmaceuticals and surgeries, the etiologies of the multiple ill-health states that fall under the umbrella of heart disease have been misrepresented in the medical literature and medical school curricula for some time.  In order for fallacious drug treatments to continue to remain as the chief go-to in the eyes of cardiology, the true factors behind cardiovascular stress must continue to be ignored and suppressed – hence the idiotic blaming of blood cholesterol levels and the prescription of poisonous statins.

Of course, many variables can be at play in the manifestation of coronary or cardiovascular troubles, but here let’s look at a few that are, shall we say, less popular in the annals of Big Pharma.

According to Drs. Matthias Rath and Linus Pauling, “Ascorbate [vitamin C] deficiency is the precondition and common denominator of human CVD [cardiovascular disease]” [1].  Rath and Pauling saw cardiovascular disease as predominately being a condition of vitamin C deficiency, for ascorbate or ascorbic acid is needed for the synthesis of collagen [2].  With a lack of collagen being manufactured, connective tissue throughout the body (including the walls of blood vessels) may become thin and weak – inviting the deposition of lipoprotein(a) as a defense mechanism to counteract the weakening of vascular walls due to ascorbate deficiency.  Indeed, perivascular bleeding is an early indication of scurvy.  Furthermore, Rath and Pauling have demonstrated that a shortage of vitamin C can lead to the formation of foam cells and a decrease in “reverse cholesterol transport” (the removal of cholesterol from peripheral tissue) [3].  The deposition of lipoprotein(a) as well as fibrinogen or fibrin may set the stage for the development of atherosclerotic plaque and the ultimate onset of coronary artery disease [4] [5].

In correcting vitamin C deficiency, the work of Drs. Rath and Pauling illustrated how effective ascorbate can be in lowering plasma lipoprotein(a) concentrations, preventing the accumulation of lipoprotein(a) in vascular walls, increasing high-density lipoprotein concentrations, blocking lipoprotein oxidation, and collectively, protecting against the development of atherosclerotic plaque [6] [7] [8].

With all of that said, it is still clear that even with a high intake of vitamin C, blood vessels can be damaged by chronically-high blood glucose levels, cigarette smoke, alcohol, chlorinated water, pharmaceutical use, microbial infection/overgrowth, vasculitis (autoimmune attacking of blood vessels), electromagnetic radiation, and a wealth of toxicants [9] [10].  Hence, the formation of arterial plaque is not the culprit in the etiology of heart disease, but an intelligent attempt by the body to heal (or at least patch up) injured blood vessels, which of course could be an immediate threat to the well-being of the body.  This understanding is reflected in the “response-to-injury” hypothesis formally put forth by Drs. Russell Ross and John Glomset in the 1970s [11] [12].  However, as Dr. Uffe Ravnskov has noted, much the same conclusion was offered by Drs. Oskar Klotz and M.F. Manning back in 1911, “there is every indication that the production of tissue in the intima [the intima is the innermost layer of a blood vessel] is the result of a direct irritation of that tissue by the presence of infection or toxins or the stimulation by the products of a primary degeneration in that layer” [13] [14].

So, would the prescription of beta blockers, calcium channel blockers, ACE inhibitors, diuretics, anticoagulants, antiplatelet agents, etc., appropriately correct any of the underlying factors mentioned above that contribute to the onset of heart disease?  No, in fact, the administration of such drugs often worsens the underlying imbalances that promoted the expression of heart disease in the first place.

Next, there are a couple things we could mention about heart attacks specifically to strengthen our argument.

The work of Dr. Berthold Kern (and others) has suggested that most heart attacks are due (at least in part) to a condition of metabolic acidosis in which the heart is faced with a deprivation of both oxygen and ATP [15] [16].  A lack of the nutrients needed for mitochondrial ATP production, poor dietary choices (notably the consumption of trans fatty acids and phosphoric acid), heavy metal accumulation, and microbial infection can all play a part in the thwarting of the heart’s ability to clear metabolic waste products and prevent the forming of an acidic, hypoxic environment [17].

In contrast to the notion that coronary obstructions exist as the main cause of heart attacks, it has been stated by Silver et al. that their data “support the concept that an occlusive coronary thrombus has no primary role in the pathogenesis of a myocardial infarct” [18].  Similarly, autopsies performed by D. M. Spain and V. A. Bradess showed that many coronary obstructions occurred after the event of myocardial infarction, rather than before [19].  Another interesting point to make here is that the heart possesses the ability to remodel its architecture of blood vessels to effectively bypass acute obstructions to blood delivery [20].  Therefore, are angioplasties and coronary artery bypass graft surgeries always as appropriate as is typically assumed?

Taking a step back, is it not fair to say that coronary artery disease usually stands as a reflection of systemic ill-health?  If so, then it must be equally fair to state that the prevention and correction of heart disease lies in the improvement of body-wide health, yes?  How many conventionally-trained cardiologists truly seek to improve systemic health (through natural and proper means) after the diagnosis of a heart condition?  Perhaps we have much greater control over our expression of health than we have been told.  Something to think about my friends, if nothing else.

I hope this short article was of some value to you.  Have an excellent day.