Did you hear that? The sound of Russian – Iranian boots 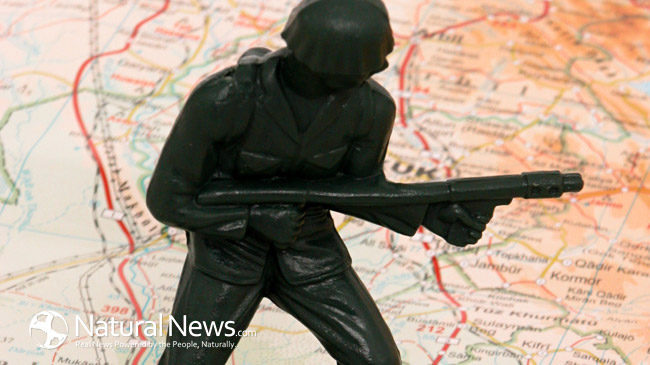 The balance of the world is shifting quite rapidly. Western coalition (NATO, US, EU along with the tribe) is going down steadily while eastern powers are rising and aligning with each other on front lines, like confronting ISIS.

The US finds this a “destabilizing” gesture while she makes worst mistakes in dealing with terrorism. The two regional countries have teamed up to push ISIS to the edge of destruction by ensuring that expansion (for ISIS) is unreachable and that ISIS will enjoy a doomed end. ISIS has to go. They (ISIS) must finally and “somehow” understand that there is no “remaining and expanding”.

So far, such an escalation of military coordination has proven to be successful and according to the reports tens (if not hundreds) of ISIS affiliated targets were devastated. This maybe because of shorter flight distance which helps planes, with bigger payload capacity, to do more concentrated bombings on areas like Aleppo.

It is an encouragingly strategic initiative that seems to send a clear signal to 1) U.S.A and her allies that the suffering of Syrian people has to stop and that this country will not share the same sad fate of Iraq or Afghanistan and 2) ISIS, the “JV Team”, will finally have a real fight before this nasty creature is damaged beyond repair!

It also interrupts the dreams of illusionists of grandeur (the house of Saud) who look pretty much preoccupied with exporting the Wahabi sect of Islam. As a result of this combat decision, Saudi’s, will likely plan to take out a couple of schools and a hospital in Yemen to release their frustrations, anytime now.

What’s obvious, it’s been a tough year for everyone who is concerned about the ongoing terrorism and onslaught in our world up to now. A series of attacks have been masterminded by ISIS-sworn self-starters from Paris to Belgium.

No matter who is against it, somebody has to respond. We need that right now.