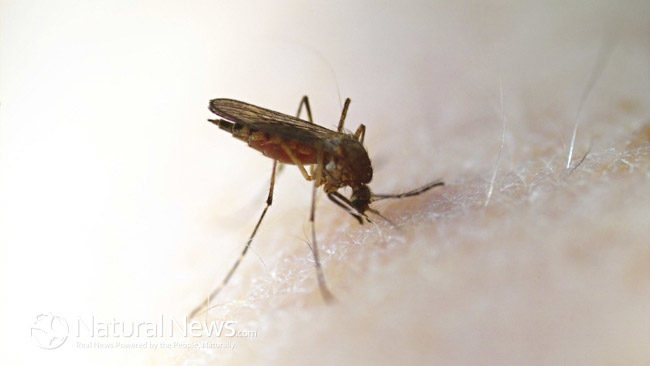 Health officials across the United States are raising alarms over the spread of the so-called chikungunya disease, a particularly nasty mosquito-borne virus that has been infecting people around the world for a number of years now. Health experts say the best way to avoid contracting the disease is to keep from getting bit. However, with growing health concerns over chemical-based repellants, more and more people are turning to health ways to keep the flying insects from taking a bite out of your skin.

According to the Centers for Disease Control (CDC), “The most common symptoms of chikungunya virus infection are fever and joint pain. Other symptoms may include headache, muscle pain, joint swelling, or rash.” In some cases, especially bad outbreaks can result in log-term symptoms such as prolonged and severe joint pain similar to arthritis and even neurological disorders.

It’s believed the virus originated Africa and Asia. No one knows for sure how it spread, but it is assumed it was carried by world travelers.

There had been no confirmed cases of chikungunya in the Americas until 2013 when 181 people were confirmed to have contracted the disease on the island of St. Martin in the Caribbean.

The CDC reports that, as of July 18, 2014, chikungunya has been identified by health authorities in 24 countries across the Caribbean, Central America, South America and North America. So, far 436,586 are suspected of being infected and another 5,724 have been confirmed infected by laboratories.

As of now, the only way to protect yourself is to avoid getting bitten by a mosquito.

There are justified concerns that over-the-counter, chemical-based insect repellants have been linked to neurological damage. On Aug. 6, 2004, NaturalNews.com published an article addressing the concerns.

“The environmental protection agency and the CDC both state officially that DEET is not harmful when used as directed,” wrote NaturalNews.com. “However, this advice is based on the idea that DEET is not absorbed through the skin. This is a common myth in the medical and pharmaceutical industries — that cosmetically applied lotions somehow stay outside the body and don’t interact with the blood stream and internal organs of the body.”

Adams goes on to add, “As any good medical researcher knows, nearly all chemicals that are placed on the skin, especially in liquid form, are eventually absorbed and enter the bloodstream. DEET is known to cause neurological damage, and once it enters the bloodstream, it makes its way to the nervous system, where it is known to cause seizures and even deaths. It can be especially harmful to children, which is why its use should be strictly limited with children.”

Some of the best ways to keep mosquitos off of you include simply putting on light clothing with long sleeves and pants when in areas where mosquitos are present. But there are also a host of other nontoxic means to prevent bug bites that are available online or in local health food stores.

Recipes abound on the Internet for making your own insect repellent. One of the best – and simplest — includes taking eight-ounces of distilled water and mixing it with 20-30 drops of rosemary and peppermint essential oils. The mixture is then either sprayed or rubbed lightly onto exposed skin provides as a great defense against bugs.

Garlic is also well-known as a natural insect repellent. While some people recommend making an alcohol-based tincture so that the garlic extract can be sprayed on the body, there is strong evidence that simply eating more garlic will help send biting critters off to find more tastier targets.

Chris DePaulo is a staff writer for Rabble Magazine, focusing on health, nutrition, lifestyles and the environment.