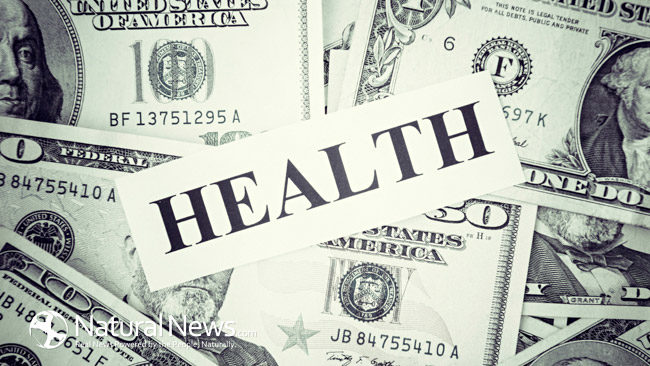 Antibiotic prescription practices are one example of this. Doctors have found that the number of patient visits increases with the prescription of antibiotics. Prescribing antibiotics can fill the waiting room and avoid losing the patient to another doctor down the street who’ll willingly fill a prescription for the patient. This enables the doctor to make more money and fulfills the goal of the practice-centered model. Unfortunately, the patients are more likely to receive antibiotics when they don’t need them and end up with rebound infections of antibiotic-resistant ‘superbugs’.

The practice-centered model is directly linked to the increase in antibiotic resistance worldwide, as some doctor’s are prescribing antibiotics to 98% of their patients. According to the World Health Organization, antibiotic-resistant infections are now one of the top three threats to human health on the planet. In spite of warnings on the overuse and misuse of antibiotics, doctors continue to increase the number of prescriptions that they write.

The majority of doctors blame patient pressure as the reason they over-prescribe antibiotics and other medications, but when patients are asked about pressuring doctors, as was done in a recent survey by Populus, only 6% said that they would pressure doctors into giving them antibiotics. While patients may be to blame partly (6%) for the problem, it appears in surveys that 94% of the time, the blame rests with the doctor.

In my experience, doctors rush to give antibiotics as a cure-all. It’s a knee-jerk response that enables the doctor to keep moving throughout his day without actually taking the time to educate the patient or discover the underlying cause of the patient’s complaint. By doing so, they fail to follow federal guidelines as laid out in a 2003 FDA Mandate to perform culturing and susceptibility testing. Many give antibiotics as a way to suppress symptoms alone, by suppressing the immune system responses that produce those achy, flu-ish, feverish symptoms we have been entrained by commercials to recognize as sickness, which are actually a sign of a healthy immune system response.

It makes sense that the practice-centered model is one reason for the discrepancy between the doctor’s and the patient’s perceptions. The lens that doctor’s are looking through observes patient behavior in terms that facilitate increasing their practice and income stream. When doctors are questioned more thoroughly on this topic, they often state that if they don’t write the prescription, the patient will just go down the street to the next doctor and he will lose the business, so why shouldn’t he just write the prescription. Doctors justify their prescriptions by describing “subtle hints” and “certain looks” they receive from their patients as reason enough. Hardly sufficient justification for placing anyone at risk.

Measures to halt the over-prescription of antibiotics have included asking doctors to tell their patients to wait 7 days first before using antibiotics, as most infections resolve themselves within that time period. Doctors state that patients don’t like to hear this and the doctor doesn’t want to appear unsympathetic to their needs, so the prescription pad comes out. This highlights a second factor in over-prescribing practices, a doctor’s perception. If the doctor thinks the patient wants a prescription, then he writes the prescription.

Another study in 2003 the Journal Of Family Practice found that parents rarely insisted on antibiotics. This study pointed out that how parents communicate their concerns was many times the determining factor of whether or not antibiotics were prescribed. It was also noted that parents who came in and told the doctor that their child had a bacterial infection, were more likely to receive antibiotics. It leads one to wonder exactly what were all those of years of medical school for?

The patient-centered model needs to replace the practice-centered model. The patient’s health should be a higher priority than the doctor’s rush to keep moving and fit as many people as possible into his schedule, and his practice goals. Doctor’s need to be educated about patient care and management. The doctor needs to see himself as a guide and facilitator of the patients health and not just as a dispensing machine. He needs to have a solid belief in his role as a doctor, and perhaps more guidance and education on how to fulfill that role.

Antibiotics are only one dilemma facing today’s doctors, and the entire world for that matter. There are other areas where healthcare isn’t healing, as well. It’s unclear as to where the solution will come from, as government regulation has failed to curb bad practices and doctor’s haven’t responded to decades of warnings. My guess is that the patient will have to make the right choice for themselves. My prayer is that they do.