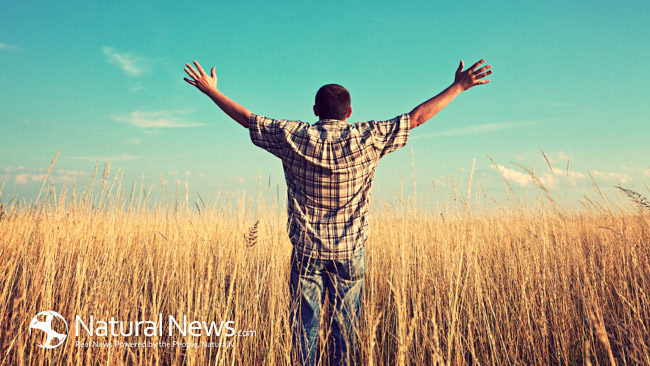 “…September 15th, 2014 will be known as the day the line was drawn in the sand for our health freedoms. Join us on the 15th at the Nevada City Court House, 9am, and stand in unison with the Bigelsens!”

The rally cry has gone out from the “I Stand Behind “Dr. B”” Community Facebook page for those who believe in health freedom to attend the public pre-trial hearing at the Nevada City Court House, 201 Church Street, Nevada City, California.

On March 20th 2014 agent officers of the State of California descended upon the Biological Health Institute in Nevada City, California, confiscating microscopes and homeopathic remedies.

Dr. Harvey Bigelsen and his son, Josh Bigelsen were the targets of the raid in Nevada City. Dr. Harvey Bigelsen received his medical degree from the State University of New York and began his surgical career. After serving his country as a trauma surgeon and officer in charge of mass casualties during the height of the Viet Nam war, he returned home, soon to become a pioneer in natural health and biological medicine.

He was appointed as the first President of the Arizona Homeopathic Board, co-founded the American Holistic Medical Association and was instrumental in passing the Arizona Homeopathic Medical Practice Act, setting educational standards and legal qualification for those who would practice homeopathic medicine in the State of Arizona. Dr. Bigelsen and the State of Arizona were legitimizing the right to practice natural or isopathic medicine on an equal footing with standard allopathics. Dr. Bigelsen’s courage and activism made him a target.

The March 20th raid in Nevada City was instigated by an allopathic practitioner who took exception to Dr. Bigelsen’s outspoken support of naturopathic medicine. Dr. Bigelsen, who was working according to strict mandates under another licensed physician, had been forced to retire his own medical licenses years earlier as the result of a three year Grand Jury investigation whose only findings resulted in just four counts totaling $3,500. If he had not plead guilty to $145 in a plea bargain and given up his licenses, he would still have been facing incarceration.

When the Bigelsens called the local police department to stop the illegal raid and harassment by the State of California, the response of the police was not to defend either the law or rights of the Bigelsens, but to side with the agencies, ignoring the Bigelsens’ pleas for help. One of the uniformed agents of the State of California shoved 73 year old Harvey Bigelsen out of the way. According to those who have seen the police report, the agent, one of seven present not counting the local police department, claimed to have shoved Dr. Bigelsen because he feared for his own life.

This is an attack not only on naturopathic medicine and on Dr. Harvey Bigelsen and Josh Bigelsen, but on our choices and our rights. Our health freedom is being denied. Since the raid in March, those of us who are clients of the Biological Health Institute have had no client access to our trusted consultants.

As other Natural Health practitioners remain fearfully silent and families are forced to spend their healthcare dollars on mandated coverage, even more clinics will close and natural health care will become the privilege of only the wealthiest among us.

Dr. Bigelsen is being charged with practicing medicine without a license, his adherence to regulations from the State of California, and the full knowledge of his clients notwithstanding. The State of California also takes exception to the educational title of “Dr.” being used by anyone whose license has been retired, full knowledge of his clients notwithstanding. Dr. Bigelsen and Josh Bigelsen are being charged with minor clerical labeling violations.

Clearly, these spitefully instigated charges should be dismissed. Restitution should be made to the Bigelsen family. Access to our health care consultants should be restored. Health freedom is our right.

Every osteopath, every chiropractor, acupuncturist, and every “alternative” practitioner who provides homeopathic or natural non-toxic remedies to clients or works under the assumption that following all of the rules will prevent their offices from being similarly raided is gambling that by remaining silent, by not criticizing the demagoguery practiced by the allopathic medical industry, the State of California will overlook their own clinics and small private practices. Not so.

This affront to our health freedom is happening quietly, without fanfare. We have the opportunity to peacefully show our support for the Bigelsens and for health freedom on September 15th, 2014 in Nevada City. ‘See you there.