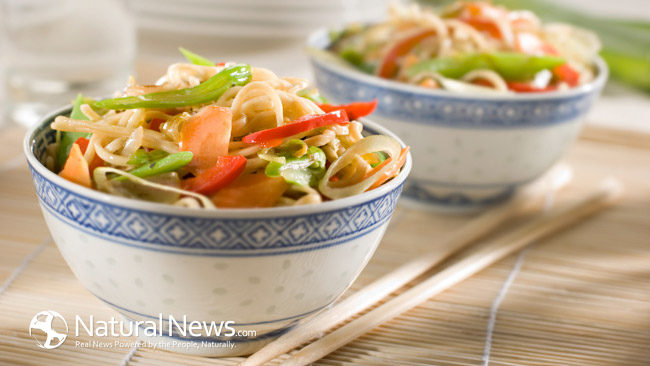 We all love eating noodles, regardless of the time of the day they are being served. It is because of the convenience and the ease with which they can be cooked that triumph over any other food. Admit it or not, we have all tried to cook noodles at least once in our lives. One of the best things about noodles is the scope to experiment with it. You can throw in a vegetables or meat or even mushrooms and cilantro, toss that a bit, season to your liking and serve hot.

However, with more non-organic food streaming into the market, noodles have been easy victims. The non-organic flour in these noodles contains a number of pesticides that cause serious harm to the body. This is why it is imperative to buy only organic noodles to stay healthy.

Many organic noodles contain a large quantity of buckwheat. It contains a number of vital nutrients that keep the body healthy. In the course of this article, we will discuss the nutrients contained and their positive effects on our bodies.

Buckwheat contains quite a high percentage of rutin. Rutin is an essential nutrient that helps in strengthening capillaries. Therefore, it is immensely helpful for people who are suffering from elevated blood pressure. Rutin is a healthy mix of the beneficial polyphenols of red wine and the essential catechins of green tea, making it all the more effective. The bioflavonoid nature of rutin acts as a natural antioxidant.

Buckwheat is rich in protein. One cup of cooked buckwheat noodles contains about 5.77 grams of protein. It also contains amino acid lysine in considerable amounts. In addition, they also contain minerals, lipids and vitamins B1 and B2. Therefore, you can easily take buckwheat noodles in place of animal products like meat. They help in reducing the risk of significant diseases like diabetes, cancer, heart disease and so on.

Buckwheat is a rich source of carbohydrates. The carbohydrate in buckwheat is made up of starch, which is comprised of long chains of glucose. Now you must be wondering whether this glucose can be the cause of diabetes. The answer is in the negative. There’s evidence for that. A study was conducted to test the effect of this glucose and the result found was pretty surprising. The glucose in buckwheat was found to dissolve much more slowly in blood than the glucose released in whole wheat noodles. Therefore, this reduces the risk of diabetes immensely.

Choline is a very important micro-nutrient that is present in considerable amount in buckwheat noodles. As we all know, Choline helps in metabolism. In addition to metabolism, Choline also helps in proper liver function and also regulating the blood pressure. Choline also helps in neutralising the effects of alcohol. This is why it is common in Japan to serve buckwheat noodles after parties serving alcohol.

Manganese is present in considerable quantity in buckwheat noodles. There are a number of healthy effects that manganese has for an average human being. Manganese helps in keeping the nervous system fit and helps in energy metabolism. In addition, it also helps in synthesising proteins and hormones needed for the process of blood coagulation. It lowers the risk of osteoporosis, arthritis, diabetes and decreases the severity of premenstrual syndrome symptoms for women. So all of the above benefits together make manganese a must have for every human being. And buckwheat noodles come loaded with this nutrient. A single cup of cooked buckwheat noodles comprises about 0.426 milligrams of manganese.

Buckwheat is one of the primary sources of Vitamin P. It has a few of the incredible benefits of Rutin. Apart from that, it also has another significant effect. It helps in absorption of Vitamin C quickly.

All the above benefits combined make organic noodles the best choice. And soba noodles are primarily made of buckwheat. If you are looking to include soba noodles in your diet, then it is always recommended to go for the best.

Author: Satyajit Seal is an expert writer with 7 years of experience in content writing. He creates interesting and thought provoking content on a variety of niches. through this content he tries to focus how soba noodles can be include in your diet chat.