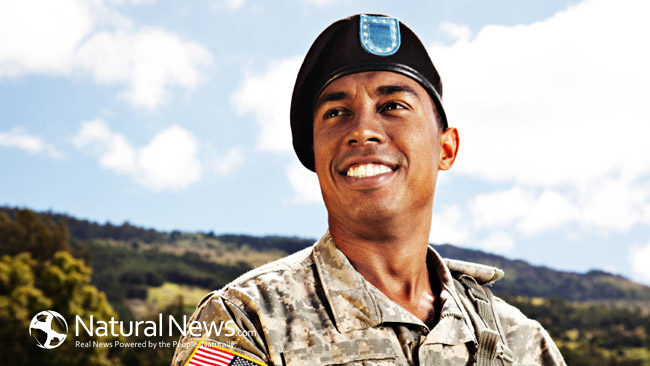 Ben Parkinson, an injured paratrooper, carried the Olympic torch bravely struggling on his prosthetic legs, in Doncaster, his home town, in 2012. Ben, who is brain injured, is now able to walk for about two miles in a day, after beginning with Hyperbaric Oxygen Therapy (HBOT).

In 2006, Ben Parkinson suffered from severe injuries because of a bomb blast at Afghanistan. Both his legs were lost, and he suffered major damages in his brain, arms, pelvis, skull and spine. Since then, Ben is struggling to overcome the injuries.

However, a few months ago Ben began the Hyperbaric Oxygen Therapy – a treatment that has been a topic of controversy. He and Stephen Thomas, one more injured veteran, are undergoing the treatment. In the treatment, an individual breathes 100% pure oxygen that has an atmospheric pressure about twice that of normal. Within an enclosed chamber, called the hyperbaric chamber, oxygen is supplied to the individual through a mask. They are getting the treatment at the Castle Craig Hospital, located in the southern region of Edinburgh. Just after undergoing one session of the therapy, Ben reports that he feels the benefits.

After about 8 years of the event, there is no treatment option that can heal a major brain injury. However, Professor Philip James is quite optimistic. He advises on the treatment of Ben. He says that Ben has dramatically recovered, and is very brave. However, the head injury of Ben has not healed yet. He experiences severe fatigue, about which the professor thinks that it would improve certainly. Sometimes, the speech of Ben is not understandable well, but some other times, it is quite better. The professor expects his speech to improve also.

Professor James is 73, and is an emeritus professor dealing with hyperbaric medicine in “University of Dundee”. He is a renowned expert in this subject in UK, and was involved mostly in the field of deep sea diving in his profession, in which high oxygen level is employed to treat injuries of spinal cord and brain.

Oxygen Therapy has the Potential to Treat Several Disorders:

Professor believes that HBOT can improve treatment of various disorders, ranging from multiple sclerosis (MS) to traumatic brain injury (like that of Ben). However, most of the medical community is still suspicious about the therapy.

“Hyperbaric oxygen therapy is still regarded as quackery by many doctors because it is not taught in our medical schools” professor states. He adds, “But it is simply a means of giving more of the oxygen we all breathe. We need to use more oxygen in medical practice and especially in the treatment of brain disorders, which remains in the dark ages.”

Evidence has been gathered through advanced imaging of patients with brain injury, confirming that instead of being dead, brain cells may be dormant or “sleeping”, and it is possible to revive them after injury. Professor states, “A second important discovery is that stem cells that form in the brain as we grow in the womb are still present in our brains as adults and retain the ability to grow new nerve cells,”.

Professor James says that oxygen is one of the most important elements of natural healing phenomenon. Tissues are regenerated and repaired always by the oxygen we normally inhale. But if there is severe damage, air’s oxygen is not adequate. Oxygen therapy supplies oxygen at a higher concentration.

There are individual stories reporting the beneficial effects of HBOT. Two of them are mentioned below:

HBOT can alleviate MS and several other disorders of the brain. It can also treat other disorders like heart attacks, diabetic tissue damage, pressure sores, ulcers, diabetic gangrene, sepsis and pneumonia, stroke and head injuries.

Recent research shows that oxygen level changes in cells, is responsible for controlling a large number of genes in human beings. These genes range from the ones that govern new blood vessel growth in damaged tissues, to the gene p53, which inhibits cancer.

“This has not made headlines,”, Professor James said. “But it ranks alongside the discovery of the structure of DNA and is set to define a new era in the treatment of injury and disease.”, he adds.