How HBOT is an Effective Remedy for ASD 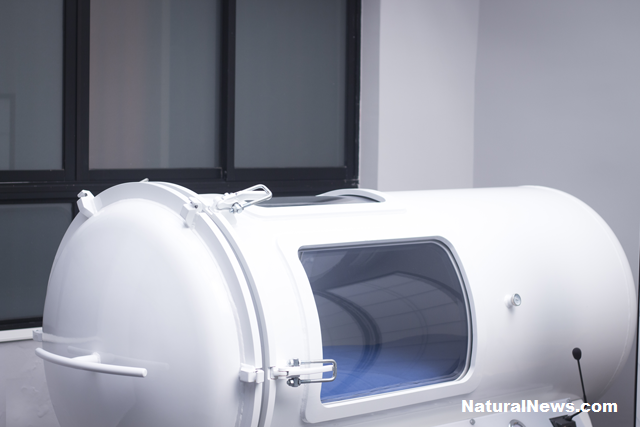 Without a shadow of a doubt, Hyperbaric Oxygen Therapy (HBOT) has been a groundbreaking achievement in medicine over the years. Since its inception, researchers have been exploring the possibilities of using the treatment to treat various illnesses. In the process, they have been successful in identifying several medical conditions for which the therapy-based treatment serves as an effective treatment. Autism Spectrum Disorder (ASD) is one such condition.

ASD has emerged as a challenge to the mental well-being of children in various countries, including the United States in recent years. According to the data released by the Centers for Disease Control and Prevention (CDC), 1 in 68 American children is diagnosed to be on the spectrum. Furthermore, the condition is 4-5 times more prevalent in case of boys than girls.

Interestingly, HBOT is being touted by numerous health centers in the United States as an effective treatment for ASD. Let’s take a closer look into it.

What is Autism Spectrum Disorder?

Autism Spectrum Disorder (ASD) is the umbrella term used to define a group of lifelong developmental disorders, which cause difficulty in social interaction, verbal or nonverbal communication, impaired motor functioning, and repetitive behavior. Those who are affected with it are called autistic.

Although it is believed that children get ASD due to hereditary or genetic causes, the exact cause of ASD still remains a gray area. However, researchers have also been able to identify certain non-genetic factors or triggers that initiate the onset of the disease in children. These include difficulties during birth, maternal illness in pregnant women, advanced parental age during conception, and so on.

Also, it is important to remember that the factors mentioned above do not cause or trigger ASD directly. To be precise, they contribute to the cause by heightening the risk in combination with the above-mentioned factors.

Studies have revealed that the onset of ASD takes place during the early stage of childhood. The symptoms intensify down the line, as a child attains growth. Therefore, the best time to treat the disorder is during the childhood, as an early intervention is likely to stem the detrimental effects of the disorder later.

Hyperbaric Oxygen Therapy (HBOT) can be succinctly described as a treatment that encompasses a therapy wherein a patient is made to inhale 100% pure oxygen in a pressurized tube. This is done with the aim of saturating the cells with pure oxygen.

The basic premise of providing the therapy is that when oxygen enters the body at such high atmospheric pressure (about three times the normal atmospheric pressure), it dissolves with various components of blood — the plasma, body fluids like the lymph, the central nervous system fluid, the bone etc. The dissolved oxygen, thereafter, reaches those cells of the body that are deprived of a proper supply of oxygen via blood.

Advanced research on the therapeutic treatment has shown that, among other benefits, it primarily benefits the body in two ways: it boosts the defence mechanism of the body by enhancing the capacity of white blood cells to fight against disease causing bacteria, and it promotes the ability of the cells to regenerate on their own, thereby stepping up the body’s ability to heal wounds naturally.

An ace in the hole pertaining to HBOT is that it is painless, and unlike any other treatment, does not entail any surgery. Furthermore, the side effects related to it are minimal. In addition, a qualified technician also accompanies a recipient throughout a session to ensure its smooth and safe administration. Thus, broadly speaking, as a treatment, it is both safe, and convenient.

How HBOT Helps in the Treatment of ASD

Oxygen is vital for the survival and functioning of cells. As discussed earlier, it is transported to the cells by blood. An injury or a disease alters the mechanism by which oxygen reaches the cells. As a result, its supply to the cells may be either partially or totally blocked, which affects the functioning of cells. This is more true in case of brain cells. In fact, such is the importance of oxygen to the brain cells that if it gets blocked, even for a fraction of a second, the brain cells start to die.

When we think, there is an increased flow of blood to the blood cells that carry glucose and oxygen.

Studies have confirmed that autistic children have diminished flow of blood to their brain. Therefore, when pure oxygen is directed to their body at a higher pressure than normal, it steps up the supply of blood containing dissolved oxygen. Consequently, more glucose gets supplied to the brain cells and this brings about a significant improvement in their functioning.

By forcing oxygenated blood into the brain cells, HBOT aids in reducing inflammation or swelling, and bringing back the unused brain cells to life. This also leads to the detoxification of those chemical agents that directly or indirectly interfere with the functioning of brain cells.

From the above discussion, we can infer that HBOT provides a viable, safe, and convenient option for enriching or improving the life of those who are diagnosed to be on the spectrum.

While there are studies that have proven the usefulness of the therapy in the treatment of ASD, there are also those that indicate mixed result when the therapy is applied on autistic patients. Moreover, it is yet to be approved by the Food and Drug Administration (FDA) for the treatment of ASD. Hence, to conclude, it is strongly recommended that patients decide on undergoing the therapy only after consultation with a qualified medical practitioner, to be on the safe side.