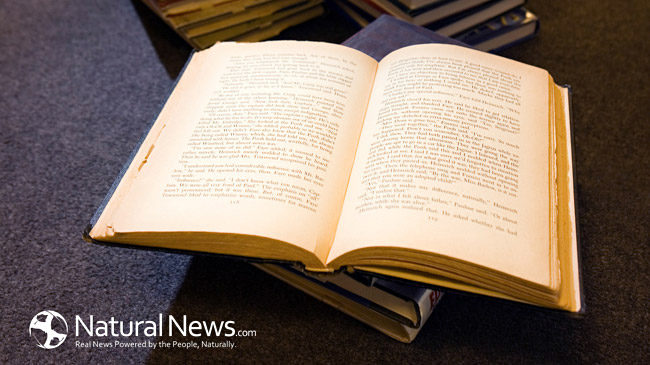 Some say they are capable of leading young Christians into the occult and yet others believe they contain excellent moral themes and show that the good wins every time. There’s a wide road between these two opinions. I’d like to review both sides of this issue.  As mother of five kids between the ages of 11 – 19, I’m especially interested in helping other parents decide whether they should let their own kids read them. I’d like to look at both extremes, the serious concerns as well as the praises of this $24 billion dollar (literally) empire that seems to make money like magic.

Three Christian teenage girls, say London’s reputation as being infested with witchcraft increased with Harry Potter.  The girls appeared on a documentary in London in September 2013. One of the girls, Tess who is 18, told the The Christian Post:

“I think it’s been centuries in the making. But I believe it all kind of came to a pinnacle, a peak with, well Harry Potter books that have come out and the Harry Potter rage that swept across England,” said Savannah in the clip discussing the popular books in the back of a London taxi.

There are over 50 spells from silly to not so nice (depending on how seriously you take them). Riddikulus, which is a spell that will make you laugh to defeat a “Boggart”. Or “Orchideous” which produces a bouquet of flowers. One spell allows you to read the mind of the victim and one that claims it is to kill the enemy and at least it is listed as “unforgiveable”.

Behind Harry Potter hides the signature of the king of the darkness, the devil – Father Gabriele Amorth (Exorcist of the Vatican)

An American exorcist told us about a young girl he exorcised who was into Harry Potter and Pokemon. He has exorcised many children who have become possessed through involvement in these. A priest told this exorcist that he read Harry Potter and found nothing wrong with it. The exorcist rebuked this ignorant priest, “But you guys don’t do exorcisms!”

These are pretty frightening statements. They are quoted from a website for These Last Days Ministries (tldm.org). So if I were a parent and just read those statements without delving further into the subject matter, I might burn the books if I have them or decide when the time comes not to let my kids read them.  However, we have to look at the other side of the story before jumping to conclusions here.

Myth vs. Reality: Do Young Readers Know the Difference

How many other classic books have wizards, fantasy and dark magic in them? I believe at least 80% of every Disney film ever made includes a curse and/or magic. The Chronicles of Narnia books are some of our families favorites and there is the evil White Witch and other dark characters. Tolkien’s series has Sauron and the disgusting Orgs to battle with. Is the evil in these books worse than those of Voldemort (or he who can’t be named) from the Potter series?

I wonder if the problem is being looked at backwards. Is it a specific book or type of book that leads a child astray into the occult or evil ways. I’d propose we take a look at the reader and not the reading material to get a clearer picture.

I’ll admit when Harry Potter first came out, we did not allow our young children to read them. We later changed our mind after careful discernment as the kids were a bit older. We have now read these tales both out loud as a family and individually. I asked our 19 year old daughter if she thought the books were leading kids down the wrong path. She laughed and said, “that’s crazy. They are fantasy books and kids have to be able to know what is real and what isn’t. If they don’t know the difference, the problem isn’t with the book but in the formation of the child.” This daughter is studying for a Master’s degree in Theology and Philosophy. She has read the Potter series several times and watched all the movies. She attends a small Christian University, has a very active faith life and the envy of most my friends with teenage girls. I’d say she is not going to be leaving her faith because of her enjoyment of the Harry Potter books. She also loves Agatha Christy books but I don’t fancy her becoming a murderer because she reads murder mysteries.

People join a cult because they become like a replacement family to them.  Humans all have the need to belong. If kids don’t get this need met at home, they are more likely to go looking for it elsewhere. So perhaps we need to point a finger or a wand in this case in the direction of a child’s home life and not reading materials to find out why teens turn to cults or witchcraft.

“There’s always a pretty good number of self-appointed pied pipers, self- appointed messianic people, self-appointed gurus in any society who say to the confused masses: ‘Follow me! I have a simple solution for the complex problems of life.’ But if the social structure has not broken down, very few people will follow them,” says Margaret Singer, a clinical psychologist and a professor at the University of California’s medical school in San Francisco and in the Psychology Department at the University of California, Berkley. Singer has talked to more than 500 cultist and ex-cult members, and has worked individually and in group therapy with more than 200 people who have come out of cults.

The first step in “processing” cult recruits away from their past lives, according to Margaret Singer, is separating them from their families and friends. “Many of the groups refer to themselves as ‘the family’ in one way or the other and emphasize ‘We are your new family now!'” she explains.

I would like to naively believe that good kids with loving parents don’t randomly run off and join a cult after they finish the last book of Harry Potter. Perhaps the root of the problem is not the books our children read but whether or not they have parents that are involved, nurturing and leading them to a path of truth, beauty and goodness.

Author Nancy Brown’s new book, The Mystery of Harry Potter: A Family Guide, asks questions like “Are the Potter books evil?”, “Can kids really learn spells from them?”, and “Are they satanic?”  She takes a good no-nonsense approach that balances reality with good judgment on the part of the parents.

After reading Harry Potter for myself, I had to conclude that the Potter series is not about the occult or witchcraft but actually just the opposite,” reflects Brown. “The stories are morality tales filled with excellent opportunities for family discussions. In short, the Harry Potter books are great for all families and especially Christian parents, who for centuries have used literature to illustrate the struggle between good and evil when teaching their children.

In summary: Sic virtus est in medio! No I have not just placed an evil spell on you that will make you buy stuff you don’t need on eBay, the phrase is Latin for Virtue Lies in the Middle.

I really believe that parents need to pay close attention to everything their children are involved in and make individual choices as to what is and isn’t appropriate based on their values and beliefs. I encourage people to turn off the television (we haven’t subscribed to cable as a family ever and don’t watch television). Most nights you can find us curled up in front of a warm fire with a book and one of the older kids dramatically reading aloud. We try to raise our children to know right from wrong, to love God and neighbor, to have lots of good clean fun and to make wise choices with the knowledge that they are loved unconditionally and always will be. I am totally convinced that if families spent more quality time together and created strong bonds (especially with their teenagers), that we wouldn’t need a discussion about a book series being the curse of this generation. I do believe that the Potter books, Twilight series, and other Fantasy books in the hands of troubled youth can lead to more trouble. Ultimately, you get to decide how to raise good kids that will make amazing and virtuous adults.

Recommended Reading: Raising Kids Who Will Make a Difference