Why Happiness is Essential for Better Health 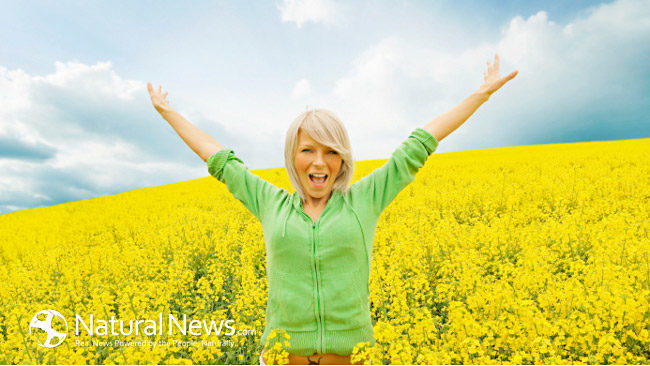 In today’s society, it seems that negative stories and moods are prevalent, even expected. Naturally, there are ones that are deserving of a negative response such as disturbing world and local events as well as challenging personal situations that may arise.

However, there are times when society tends to seek out negativity on an ongoing basis, deriving a kind of twisted pleasure in others’ setbacks while eagerly anticipating the drama that will unfold on both the workplace and entertainment industry front. Sarcasm, inside jokes, rudeness, gossip, constant complaints and mind games are the norm for many who choose to live wrapped up in such a world.

While the dark attitude is often laughed at and at times even glorified or dismissed by the masses, it can have detrimental effects on health. Regular foul moods and choosing to remain in negative surroundings can lead to inflammation, diabetes complications and heart problems. Jair Soares, MD, PhD, at The University of Texas Health Science Center at Houston explains that regular stress can lead to systemic inflammation and put people at an increased risk for cardiovascular problems.(1)

“There are some people in a low mood, that’s their natural disposition,” she says. “The glass is always half empty with them.”

Such negativity is thought to slow down brain function and lead to depression, wreaking havoc on the parts of the brain responsible for regulating stress and helping to regular well-being.

Happy thoughts, on the other hand, do wonders when it comes to health. Not only does positive thinking support brain health by creating new synapses in the brain’s prefrontal cortex (PFC), but it can boost creative problem solving and result in a more well-rounded sense of joy and happiness.

In fact, studies have shown that those with an optimistic outlook live longer than their more downtrodden counterparts, something that’s attributed to the stronger immune systems and interpersonal relationships of positive-minded people.(1,2)

Fortunately, the knowledge of how happiness helps health is becoming more widespread.

Type in “toxic friends” in Google, and nearly 16 million results appear, demonstrating the awareness people have when it comes to staying in relationships that drain them of positive energy. Tons of articles exist on recognizing when one is in such a situation, along with tips on how to gracefully exit the lifestyle.

Then there are books such as Gretchen Rubin’s The Happiness Project, (Amazon affiliate link) which encourages people to do as she did and set out on a mission to discover, and do, what truly makes them happy. “Time is passing, and I’m not focusing enough on the things that really matter,” she says of the realization that prompted her to write the book.

Happiness is even catching on in yoga, where many laughter yoga classes exist. In fact, according to Laughter Group International, about 6,000 laughter clubs exist worldwide, with hundreds popping up in the past decade in the United States. Sebastien Gendry, founder of the American School of Laughter Yoga, the country’s largest laughter yoga training program, says it’s very helpful. “You laugh, you clap and you breathe,” he says. “Suddenly you find yourself really laughing and you don’t know why. It’s fun, and you feel good.”

Is it effective from a health standpoint? You bet.

Jody Ross, who is now a certified laughter yoga leader, used to suffer from chronic fatigue, depression, fibromyalgia and the stresses that came with losing her job and living in a homeless shelter. Then, she tried laughter yoga to heal. “I went to a seminar on laughter yoga, and I felt elated for hours later. I didn’t have any pain,” Ross says. “When you combine laughter and breathing, there’s healing there.”(3)