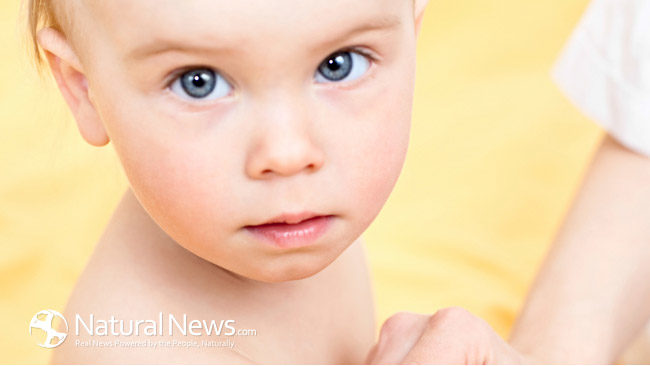 My husband and I chose not to vaccinate our three children. It had nothing to do with Jenny McCarthy, as she was only six years old when our first child was born.

It was a decision that was consistent with many other health-related choices that I was making at the time. I wanted to have a homebirth, breastfeed, and cook a natural foods, plant-based diet for my family.

I, myself, was raised on the standard American diet (with extra sugar), and spent most of my childhood chronically ill and needing ongoing medical care. Despite the best treatment, my health never seemed to improve. Naturally, I wanted something better for my own children.

When I was nursing my babies and watching them thrive, the last thing I wanted to do was inject them with mercury, formaldehyde, aluminum, monkey kidney, human fetal DNA, and other terrifying substances. The vaccine package warnings, which included anaphylaxis shock and death, did not entice me either.

Clearly, taking care of my children was going to have to be my responsibility, not my doctor’s. So I did the most important thing that I knew, and that was to focus on the quality of their daily food. Every day, I prepared organic whole grains, plenty of land and sea vegetables, bean and bean products, fruits, seeds, nuts, fermented foods, and some fish. There was no sugar, dairy, red meat, or processed food in my kitchen. My children rarely became ill, but when they did, I would bring them for acupuncture, herbs, or homeopathy.

I could not help but notice that many of my friends had very different attitudes on this issue. They did whatever the doctor told them to do, and would give their children over-the-counter and prescription drugs freely. Meanwhile, these same children were fed a diet rife with processed foods heated up in the microwave, soda pop, and ice cream. Something here was not making sense.

In the autumn of 1996, a fully-vaccinated boy in my son’s fourth grade class was diagnosed with whooping cough. I admit to feeling nervous. Why did he get it if he was vaccinated? Would my kids get it? Would I be in trouble for not vaccinating? Would some authority figure demand that I vaccinate my children, or even worse, force me to turn them over to the government?

In no time, we had a whooping cough epidemic in our town. One immunized child after another got whooping cough. Town officials started talking about closing the schools. Parents wanted to know, How could this happen? Shouldn’t the vaccinations have protected their children? Even the doctors seemed baffled and suggested that perhaps the shots wore off over time.

So, what happened to my three non-vaccinated children when our local whooping cough epidemic broke out? Nothing. Absolutely nothing. They never contracted whooping cough.

Why didn’t my kids get whooping cough? Probably for the same reason they didn’t get ear infections, mononucleosis, the flu, and many other things that infected so many others in our town. Children who are breastfed and grow up eating whole, unprocessed foods have strong immune systems, which have always been the best protection against all forms of disease. And no plethora of vaccines, pills, and potions can substitute for that.

The news media asserts that whooping cough breaks out in towns across America because parents are not vaccinating their children. But they are not citing as potential sources the millions of adults who were never vaccinated for whooping cough in the first place, and all the children and adults whose immunity from the vaccine has worn off (or never took). How can we combat this problem? Are we looking at regular booster shots for the entire population? Where does this madness end?

On the other hand, we have more and more parents who are questioning the effectiveness of vaccines, since so many of the children who have been fully vaccinated get sick anyway. When these same parents read the package inserts warning of the most horrible side effects from these powerful drugs, we can hardly blame them for thinking twice, and saying, No.

The best thing we can do for our children is to take greater responsibility for their health by strengthening their immune systems with proper nutrition and active lifestyles. Yes, it takes time and effort, but it makes all the difference, and what could be more important? Ultimately, it is this approach that is the greater service to the public good.

Toby Monte is a homemaker who works closely with her husband, Tom Monte, one of the most prolific writers and teachers of natural healing in the world.  Their website is tommonte.com.