Is Gun Control for the Mentally Ill Insane? 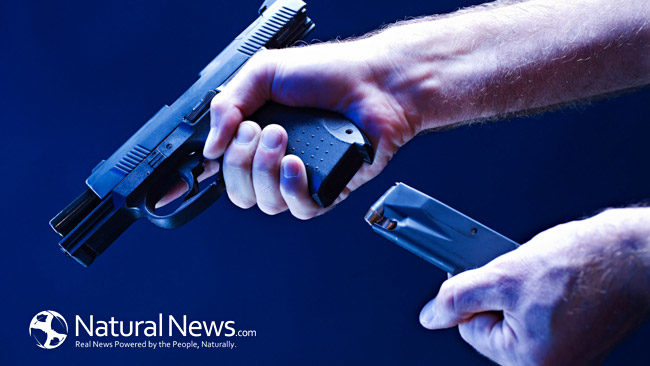 The SSRIs that most of these shooters are on have psychosis and suicidal and homicidal ideation listed as some of their severe side effects. The drugs used to treat “mental disorders” cause them as well as drug dependency and other toxic side effects. Meanwhile these drugs are routinely found to be no more effective than placebos in the drug companies’ own studies. No innocent person deserves to die because someone was diagnosed with a “mental disorder” for normal behavior, just so that the largest and most deadliest drug pushers can profit while that person develops real psychosis and suicidal and homicidal ideations resulting from toxic, brain-chemistry altering drugs, and subsequently rampages. But that is what is happening all while the public at large is put in a drug-induced hypnotic trance that allows those in power to keep encroaching on their fundamental rights and divine sovereignty.

The Diagnostic and Statistical Manual of Mental Disorders, Fifth Edition (DSM V) arbitrarily classifies hundreds of “mental disorders” which have been crafted out of thin air in a room full of psychiatrists with deep drug company ties, who cluster behavioral traits to sell more toxic and addictive drugs (such as amphetamines and benzodiazepines which are harder to kick than heroine) for psychiatric drug companies that have undue influence over the American Psychiatric Association (the APA) and the DSM. The classifications of these so called “mental disorders” are constantly changing in order to push more psychiatric drugs on to more people. This ensures that the net of their so called “mental disorders” – through redefinition and reclassification that expands them – are cast wider and wider so that they can be pushed on anyone. Even our youngest children using the school system to push the drug companies’ agendas. These “mental disorders” have no true diagnostic testing such as PCR or blood tests etc. that can definitively determine a psychiatric disorder in need of drug treatment like we see with non-psychiatric diseases.

Drug companies do the same thing with non-psychiatric drugs too. Just like they recently did with cholesterol lowering statins, reclassifying who needs them by changing the guidelines so that millions of more people could be included for the benefit of the drug companies, despite the serious adverse effects the drugs have on the public. It is all based on pseudoscience and mass psyops which condition the ignorant masses to accept false paradigms and realities. Submission to the supreme authority of those agenda driven individuals with undue power and influence that trickles down from their monopolistic corporate bodies, permeating academia and the “professionals” it produces to sit towards the top of the hierarchy in order to maintain their agendas, along with the corrupt politicians who are supposed to be serving the people. Until, as we have found ourselves today, all of our institutions are completely corrupted to serve their interests over our own.

So with each version of the DSM containing more and more “mental disorders” with no real medical diagnostics to confirm them, as the net is cast wider and wider to include a larger and larger segment of the population, even the vast majority of people, do we really want to give the government the power to strip us of our fundamental rights under the pretense of taking them from those with “mental disorders” in order to keep us safer? The government doesn’t care about our safety. If they act it is with purpose and that purpose is to serve the interests of the ruling elite. Period. Not ours. They can easily categorize any of us as having a “mental disorder” or as a “terrorist” based on their broad and changing definitions.

With leftists increasingly in charge of our institutions do we want them, or any political group, to be able to use “mental illness” which they will define how they want to, to strip us of your rights? They will simply label anything that goes against their ideology as a “mental disorder”! They already are laying this foundation throughout the halls of academia and it isn’t anything new. Just look at China’s list of mental disorders. Don’t submit to the authority of the state. Mental disorder! Don’t conform to the collective. Mental disorder! And the APA and their DSM are not far behind as it stands, labeling various healthy forms of non-conformity as disorders such as oppositional defiance disorder. Do we really want our fundamental human rights hanging on the balance of political parties; agendas; or irrational, manipulated majorities?

Armed with the DSM V anyone can be analyzed and found to have a “mental disorder” already. We have to think ten steps ahead because that is what the ruling elites are doing when they make a push for any policy. All of the sudden even the most pro-gun rights people are calling for gun control as it relates to “mental illness”. And they are digging their own graves by not thinking it through and falling for yet another media-establishment psyop. It is just a step towards disarmament of the public when other tactics are failing. Don’t fall for it people. I don’t care if you are “mentally ill”, a felon or anything else, you still have the same fundamental human right to self-defense, especially in the face of increasing oppression and tyranny, as any other human-being. That is precisely the point of a fundamental human right.

Just like they can create “mental disorders” and use broad, malleable definitions to make any of us “mentally ill”; they can just as easily use the law, and as we have seen, unconstitutional executive fiat, to make criminals out of any of us. And that is why we have to be careful with limiting the fundamental human rights of any group, including criminals and those with “mental disorders”; because what constitutes a criminal act, what is treasonous and what is not, what is a “mental disorder” and what is normal behavior, all depends on those in power. The power of the state and those who oversee it, and their manipulation of the public. In other words it is placing our fundamental human rights, the rights of the many, directly into the hands of the ruling elite. The few, who throughout history, have used their power, wealth, control and influence to subjugate the many in one devastating and inhumane form or another.

If I am crazy or a felon you have the same right to protect yourself against me as I do against you or anyone else. We have the same right to fight against the forces of oppression and those who wish to subjugate us. If you are scared of crazy people rampaging and armed felons then arm yourself and take self-defense gun courses so that you can confidently defend yourself. But do not start chipping away at our rights or else we will all pay the price. YOURS WILL BE NEXT! This is exactly why we are living in a post-constitutional era with increasing global regimentation that is eradicating all sovereignty at the individual, state and national level so that the only remaining sovereigns are our rulers. Those that sit at the top of the global regime.

Our forefathers left us a constitutional republic rather than a democracy, so that no matter how much a manipulated public clamored for it, no majority could take away our fundamental rights that were meant to be protected under our Constitution. That is the difference between a constitutional republic and a democracy. Caving in when it doesn’t affect you personally – yet – is not the way to remain eternally vigilant. The folly of allowing for the least amongst us to have their rights trampled until it reaches our own doors, is underscored in the poem First They Came, by Pastor Martin Niemoller.

Add to that, first they came for the “mentally ill” and I did not speak out… then they came for me and there was no one else to speak. History repeats itself because though technology might change, the fundamentals of the ruling elites’ playbook and their ability to manipulate public consensus amongst their useful idiots (the masses) never really does.