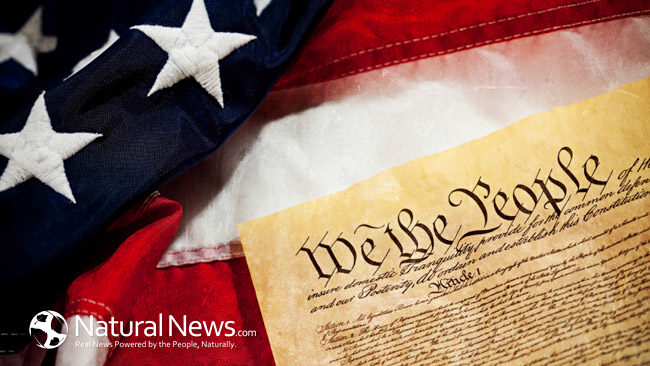 (NaturalNews) In the face of the outrageous IRS intimidation scandal now sweeping across America, gun control advocates are changing their tune. All of a sudden, the idea that the federal government could engage in tyranny against the People of America is no longer a “conspiracy theory.” It’s historical fact right in your face thanks to all the recent scandals now bursting onto the scene: IRS intimidation, secret targeting of non-profit groups for possible “thought crimes,” the Department of Justice seizing AP phone records and so on.

Just which liberals are changing their minds on all this? Piers Morgan, for starters. The man who once called Larry Pratt of Gun Owners of America a “very stupid man” on live national television is suddenly reversing course. Here’s what Morgan now says in the wake of the IRS intimidation scandal:

InfoWars.com, by the way, is now publicly challenging Piers Morgan to admit the U.S. government has become “fully tyrannical,” not just “bordering on tyrannical.” It begs the question: If using the IRS as a political weapon to intimidate people over thought crimes, books, Facebook posts and prayers isn’t full-on tyranny, what exactly will it take for Morgan to admit a full tyranny is now upon us? The government knocking on his door?

Joe Scarborough also admits gun owners were right all along

“I have been saying for months now… that I believe in background checks. After Newton, after Chicago, we need background checks. And my argument has been, don’t worry, background checks aren’t going to lead to a national registry. The government’s never going to create a national registry, right? … I don’t have to even complete my sentence, do I? My argument is less persuasive today because of these scandals. Because people say hey, if they do that with the IRS, asking people what books you read, then how can I trust them with information about my Second Amendment rights? This is DEVASTATING! This IRS scandal is devastating all across the board…”

Well yeah, Joe. This is what we’ve been warning you about all along, you see?

Every progressive government policy logically follows from those core beliefs: government should regulate what people eat, control how businesses run themselves, monopolize national health care, grant amnesty to undocumented illegal immigrants, take all the guns away from the citizens and concentrate power into its own hands. This is all justified because you can trust the government, right? … RIGHT?

Enter exhibit A: The IRS intimidation scandal. The targeting of political enemies. Thought crimes. The IRS demands to know all your Facebook posts, the titles of the books you’ve recently read and even the contents of your PRAYER! The IRS then uses this information to selectively delay only the applications of non-profits that teach the Constitution, or patriotism, or are opposed to Obama. Can you saycriminal corruption and total abuse of power? This is anti-American and traitorous!

Enter exhibit B: The Department of Justice, run by the nation’s top criminal Eric Holder, runs a vicious surveillance and secret police campaign against none other than the Associated Press. When the outrageous behavior of the DoJ comes to light, Eric Holder claims, “I know nothing! Nothing!” (Same story for Obama… they knew nothing!)

Exhibit C: The Benghazi narrative pushed by the White House is now obviously a total lie, and this lie strongly influenced the presidential debates and 2012 election. The Benghazi attack was actually a terrorist attack — and the White House knew it! But they covered it up, lied to the public, and even stood down U.S. forces to make sure the ambassador was killed so that he couldn’t spill the beans on the U.S. weapons transfers being made to terror groups in Syria.

What do exhibits A, B and C prove? That you can’t trust the government!

The illusion of trustworthy government has been destroyed

Now the illusion of trustworthy government has been completely shattered. If the IRS would selectively intimidate and threaten Constitutional groups it didn’t like, what else is the government capable of?

All of a sudden those of us who warned everybody about gun confiscation, FEMA camps and false flags don’t seem so outlandish anymore. Now almost everyone realizes the government is capable of ANYTHING. Especially the Obama administration, which respects no laws and no limits to its power. (Drone strikes, secret kill lists, the continued running of secret military prisons, bypassing Congress with executive orders, and so on.)

Now the Second Amendment makes total sense. Why do we even have a Second Amendment? The honest, blatant answer is so that as a last-ditch firewall against a tyrannical takeover, the American people can march on Washington with rifles in hand and shoot all the criminals dead. That is the essence of the Second Amendment — a last-ditch failsafe for liberty. The only real way to keep government in line, after all, is to make sure those who hold office know that if they become outright traitors to America and refuse to abide by the limits of government described in the Constitution, they might be shot dead by citizens who take their country back by force. (I’m not calling for such an action, by the way. I’m only explaining the historical context of the Second Amendment and what it really means.)

When citizens are well armed and have the power to do such a thing, that power should never actually be needed because the government fears the people and thus stays within the limits of power. But when the people are disarmed, the government fears nothing and so expands out of control, functioning as a rogue, tyrannical cabal of mobsters and criminals. Read your history books if you don’t believe me. This is the repeated story of government’s rise and fall throughout history.

Ultimately, this is why the Obama administration wants to take your guns away: Not to make the children safer but to make the citizens defenseless against government tyranny. And yes, that tyranny exists right now. The debate is over. The gun grabbers lost and the Second Amendment won.

Now, the Obama administration is permanently discredited, and the strength of the Second Amendment movement is stronger than ever. Just as it should be.

So I want to thank Piers Morgan, Joe Scarborough and all the other gun control advocates who are now rethinking the logic of their positions and concluding the government can’t be trusted after all. And if the government can’t be trusted, then it only follows that the citizens are the final defense against government tyranny. Furthermore, that role of citizen defense is only viable if the citizens are well-armed with rifles and hi-capacity magazines.

The more the government knows there are millions of law-abiding citizens who are armed and trained in rifle skills, the less that government is likely to overstep its limited powers and try to concentrate power in its own hands.