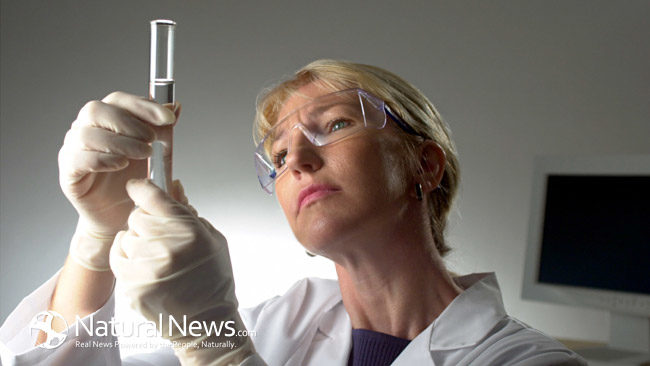 Scientists have finally created “test tube” brains for scientific research… but the ethical questions are immense.

The human brain has been called the most complex structure in the known universe. There are 100 billion neurons in the human brain, the same number of stars estimated to be in the Milky Way. A piece of your brain the size of a grain of sand contains 100,000 neurons and 1 billion synapses.

So creating man-made brain has previously been relegated to the world of science fiction. But now human brains have become the latest body part to be grown from stem cells in the laboratory.

Brains with a Cortex

Researchers from the Institute of Molecular Biotechnology in Austria have created complex 3D brain tissues from skin cells which they’ve kept alive for almost a year.

These are not full size brains. These “mini brains” are the size of a pea and have similar development to that of a nine week old fetus.

Scientists have grown small pieces of neural tissue in the lab before, but none has been able to successfully grow tissue that contained a cortex.

The cortex is the part of the brain that enables us to perform the most complicated activities such as thinking, writing, and playing music, and enabling us to recognize sights, sounds, words and sensations. So creating brain tissue with a cortex is a huge scientific advancement.

These lab brains are not being grown with the hopes providing full-size brains for brain transplants, at least not yet. Researchers want these brains for running scientific experiments to study neurological diseases and test the effects of new drugs on the brain.

Dr. Madeline Lancaster, a team member at the Austrian lab, states, “[The mini brains] allow for the testing of therapies against brain defects and other neuronal disorders. Furthermore, they will enable the analysis of the effects that specific chemicals have on brain development”.

Drug companies have been constantly thwarted to find viable treatments for brain diseases such as Alzheimer’s. One major reason is that studies are usually done on rats, but what works in rat brains rarely translates to working in human brains. This groundbreaking discovery at least could be good news for rats which could soon be replaced with lab-grown organs.

Big pharma is desperately interested in finding drugs to treat the many existing brain disorders. The amount of money to be made is staggering. Just Alzheimer’s care alone runs 203 billion dollars per year in the US, so you can see that the financial stakes are very, very high.

Just because we can create brains in a test tube, should we? This question begs to be answered! These tissues are not believed to be capable of thought, awareness, or consciousness, but no one really knows for sure. Scientists surely will not stop at this pea-sized brain they’ve developed and will continue to push to create bigger, more complex, and more human-like brains.

The ethical implications present by this question are mind-boggling!

Dr. Zameel Cader, a consultant neurologist told the BBC, “It’s a long way from conscience or awareness or responding to the outside world. There’s always the spectre of what the future might hold, but this is primitive territory.”

What do you think? Do you think this will be a boon to science, promote the use of more drugs, or create ethical dilemmas we are not ready to handle? Where should we draw the line?

SOURCES:
Mini Brains Grown in a Dish at LiveScience.com
Human ‘Mini Brains’ Grown In Lab Could Aid Drug Discovery at FierceBiotech.com
Mini Human Brains Grown From Stem Cells Have Been Alive For Almost A Year; Could Replace Lab Rats, But Is It Ethical? At HNGN.com

Did you find this article interesting or helpful?

Then sign up for a FREE newsletter –  Brain Builder – to keep up with all the latest and best information available on to keep your brain young, healthy, and fit for life. You’ll receive a Special Bonus Report – “5 Causes of Brain Aging“.

Then, learn how to easily avoid the three most common brain mistakes that contribute to brain aging. Almost everyone makes these mistakes, no matter how healthy their lifestyle is!

ABOUT THE AUTHOR:
Deane Alban is co-founder of BeBrainFit.com and author of Brain Gold: The Anti-Aging Guide for Your Brain. Deane holds a bachelor’s degree in biology from University of South Florida, where she also studied journalism. She has taught and written on a wide variety of natural health topics for over 20 years.