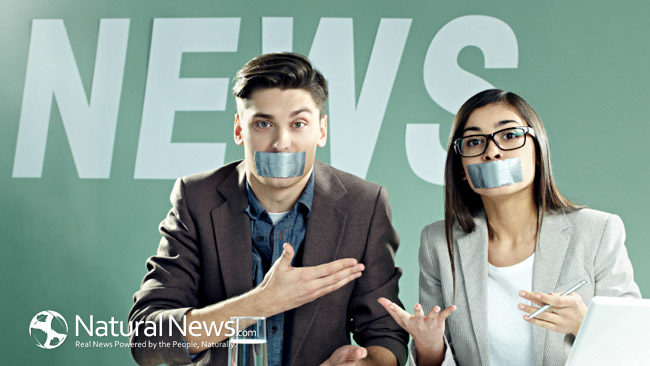 New Hampshire State Representative Robert Fisher, a Republican representing Laconia, was “outed” by The Daily Beast as an alleged founder/contributor of a “red pill” men’s rights online forum. Apparently, these “journalists” (AKA the “opposition party”) found some juicy quotes that were taken out of context to portray Fisher as a “misogynist.” Of course, anyone who doesn’t bow down before feminist ideology is considered a “misogynist” by these folks. The specific quotes don’t matter and are not recounted here—what is key is that the true definition of “misogyny” is any speech (i.e. male) that a female disagrees with.

It’s useful to have folks who can “push the envelope”—they create space for people to exercise their freedom of speech. You always want someone to exist who is more controversial and outrageous than you—it makes you look more reasonable. If the “parameters of permissible dissent” become narrow enough, then you end up being the one that’s the most controversial in the public thought-space, and that puts a neon sign on your back. The most controversial and outrageous among us perform the vital function of keeping us all free. In the fitness world, there’s a saying “use it or lose it,” in relation to developing muscles—the same principle applies to our right to speak.

There are forces constantly seeking to reduce and constrict the space in which we can speak and write, mostly on the Left, usually in the name of preventing folks from “feeling offended.” It is doubtful, though, that the First Amendment applies only to speech that is warm, fuzzy, and with which everyone agrees. Such speech would need no protection since it would have no enemies.

The Left loves to say “the government can’t toss you in jail for what you say, but there are still ‘social consequences’ for offensive speech.” For an ideology that favors government action instead of the free market, the Left ironically empowers a privatized version of a secret police and subjects everyone to the whims of “deputized” digital hate mobs. Regardless of whether the person “flashing the badge” does so on behalf of a public or private entity, it’s clear that we don’t live in a free society if this speech-policing occurs.

People need to respect the fact that it is possible to compartmentalize. Just because a person advocates a given position regarding sociopolitical matters doesn’t mean that he can’t treat everyone he meets in daily life, no matter who they are, with respect. Politics is about macro-level relations, not individual interactions. The Left has assumed the role of the Puritans and view themselves as part of some moral crusade to “wipe out evil haters.”

The Left doesn’t just seek the power to enact its legislative agenda. They desire hegemony over the minds of the citizenry. They don’t want anyone to be able to think or say anything in opposition to their agenda, no matter how powerful and entrenched they become. The good news in the New Hampshire saga is that Fisher stated he would not resign. He wisely followed Vox Day’s rule when dealing with social justice warriors: never apologize (hint: it doesn’t help).

Conservatives need a rapid response team to defend “illiberal voices” so that folks don’t just hear the side of the feminists and their fellow travelers. A friend stated to me that the closest thing we have like this is 4Chan, but they tend to be trolls. Trolls are useful for demoralizing the enemy, but a different approach is required when trying to persuade neutral parties or potential allies. Consider the goal: we don’t have to persuade the GOP leadership in New Hampshire to necessarily make statements supporting Fisher—all we really need is for them to remain silent and not take any condemnatory actions. Sadly, so far, the GOP leadership has cucked out and attacked Fisher. However, getting them to ride out the feminist temper tantrum would be a victory—just encourage the GOP leadership to wait for the cause-of-the-month-club to turn the page on their calendar.

Any such rapid response team would have to monitor sites that Leftists congregate on, such as Daily Kos, as well as the digerati outlets like Slate, Salon, Buzzfeed, Daily Beast, Vice, Esquire, and the like. These sites serve as early warning indicators of an impending attack on conservatives; major mainstream media sources usually report the items that first broke on these websites.

Once the rapid response team sees someone under attack by the Left, send them a note of encouragement, or a monetary donation. Offer to help with their re-election campaign if they currently hold office. Write letters on their behalf to newspapers and other concerned parties pointing out that not everyone agrees with the crazed harpies who are piling on their victim. Emphasize the artificiality of the “manufactured outrage” campaign the Left is waging and ask any concerned parties to quietly reserve passing judgment on the matter for a few weeks until the mob mentality blows over. Such a calm appeal amid the storm might do the trick.

WE BRING BALANCE TO THE FORCE

Ultimately, we defenders of freedom of speech must stick together if we wish to survive these storms. I could list many names of folks, like Fisher, who have come under attack over the years for saying the wrong thing online—simply for words, collections of pixels on a screen. Our rapid response teams at the grassroots level will help restore a sense of balance and proportionality in this realm.