Going Vegan, using your religion as an excuse ! 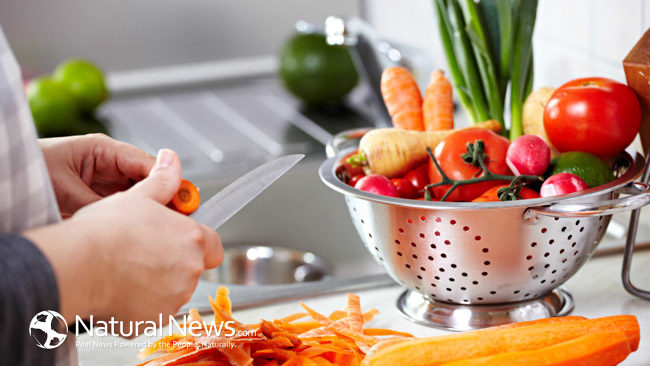 We’ve all heard the workplace rule, ‘ Never talk about politics or religion’.
You might of heard the rule of neutrality in an argument, where-by, you never use the word ‘You’ as that is ‘Attacking’. In the first blog I wrote I broke the ‘You’ rule. ” Are You A Hypocrite? “. It was deliberately provocative with the idea being that it provokes someone, anyone to moving over to a vegan or veggie lifestyle.

There are no politics to speak of, as such, regarding being vegan, unless we touch on the animal rights side of things.

Religion is a completely different matter though! Let’s start with Christianity, followed by Islam, then a bit from the Dead Sea Scrolls and a comment about Hinduism. The Rastafarian movement will get a mention, even though it is a way of life and not a religion. As for the Aliens, I’m sure something will come up!

Those of you that follow the teachings of the bible would of read lots about sacrifice and the usage of animals. The first example, talks about Man having dominion over the animals. Dominion in this sense means ‘ Caretaker’, it means to nurture and care for, it doesn’t mean, eat or consume. The bible specifically states you should not eat animals but ‘God’ likes to check you out first. In the Bible your given the history of the people’s and lots of stories about decisions that need to be made, such as God saying, “Sacrifice your child to prove your loyalty to me”. All Abraham did at that point was prove to God how detestable a lot of humans are. God stopped Abraham from carrying out the sacrifice. Any sane God fearing man would of refused from the beginning to sacrifice a child. Any sane man would of said ” I don’t care who you are I am not sacrificing the child “. That would of proved to God he was worthy and a true, good human.
There are many stories in the Bible like that, where God expects you to do the right thing, no matter what it costs and most of those stories leads up to the chapter called ‘Acts’. Acts means Acts of Rightousness. Once you have gone through the book of choices, the Bible, and you have learnt the ways of a spiritual lifestyle, your then expected to raise your game, let go of the hand of the preacher, the vicar, the priest and also for others, the immam, the rabbi etc. and walk your own path with God.

Acts: 15:20 and Acts: 21:25 – “We have written to them our decision that they should abstain from food sacrificed to idols, from blood, and from the meat of strangled animals”. It couldn’t be clearer. It is in every Bible. There are no words in the Bible to counter-act that Act of Rightousness. Meat is not God’s work.

I’ve read very little of the Qur’an but there is one piece that stands out to the same extent as Acts in the Bible.

In my copy of the Qur’an there is a note to the verse saying ” Those not slaughtered or hunted expressly for food “. So the Qur’an forbids dead animals for any purpose, yet the note writer at Sahee International insists its ok as long as it is for food. That is not the works of Allah! It is the works of a human that ignores a teaching. The Qur’an forbids meat but because a human wants to ignore the teaching they give their version of events to back up there will and not the will of Allah.

In the book The Dead Sea Scrolls Uncovered by R. Eisenman and M. Wise it goes into a little bit of detail about Noah, who ‘knew the secrets of all living things’, the Noahic Covenant and it’s importance to Rabinic literature and it’s directive towards overseas territories by James, Leader of the early Jerusalem church, 40 to 60 A.D.
Noah was a vegetarian, as was James. The teaching was based on the same wording as the Christian and Islamic versions above.
You’ll notice in most religious teachings that humans interpretation of what they read is where they go wrong. Most people will only hear what they want to hear and see what they want to see. If it conflicts with their comfort zone then it is ignored.

Humans that follow a vegetarian religion which also beholds the cow as sacred whilst participating in the worlds largest animal sacrifice ritual where about 250,000 to 500,000 farm animals are ritually slaughtered have to be joking, right ? Many Hindu rituals require animal sacrifice which makes the Hindu God of Animals very angry. ( There isn’t one, there is a god of nature, but not of animals ). Karma is a funny thing. So is hypocrisy.

Rastafari is a strong global culture that is a vegetarian lifestyle. With Rastafari there are no excuses, there is no reasoning why a human should not be vegetarian. Rastafarians eats fish, veg and fruit. No meat. So when you go into a well known restaraunt in London and see ‘Rasta Pasta’ containing chicken, on the menu, you know you are not in a good place. It is not the works of Jah. Not everyone who has dreadlocks is rasta and not every rasta has dreadlocks. Whether they are vegan / veggie will tell you if you are dealing with a real rasta or a fake one. Only those new to rasta that have yet learn about the vegetarian way of life in rasta could be forgiven for not knowing. The vegetarian side of rasta is a basic teaching.

There is, and this counts again, without excuse, in the cities of the west no reason to not be vegan. Only a medical diagnosis by a doctor telling you , you need meat should keep you on a meat based diet. God and your consciounce will catch up with you in the end, maybe not in this life, maybe in the next life, but they will catch up with you.

I am not out to insult your beliefs or religion but I and others, will question it based on your own teachings!

Ooops, I nearly forgot the aliens, now that is a religion! everytime you watch a film related to aliens, keep an eye open for this scene : A Person is trapped/abducted and freaking out, screaming ” Why are they doing this?”. The response will come from the Doctor/Scientist/ Authoritarian type saying ” Well, look what we do to animals “. Fair enough, that is in the context of laboratory experiments, but its easy to swap the roles from alien to human and human to animal. are the producers of alien films trying to tell you something to ?

And whilst we’re here, everyones favourite films, The Matrix Trilogy. Please point out the livestock in zion or the meat in their on-ship meals. Thanks!

I am an Anti Geo Engineering Activist and Leader of the Constitution Party.