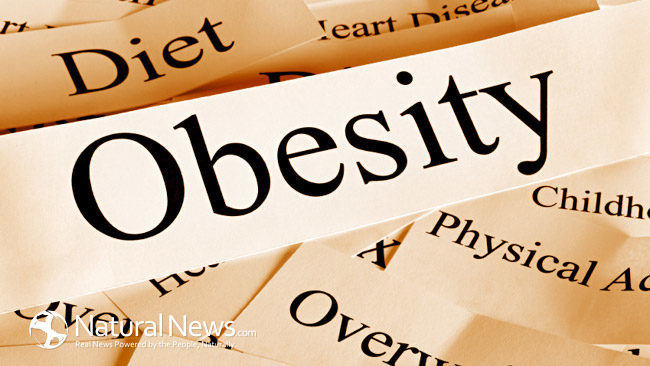 While few would argue that fast food restaurant fare is healthy, North Americans are coming to the realization that the local grocery store contains just as many nutritional pitfalls and health perils. True – even for those who steer clear of packaged items, opting to only shop in the outer aisles of their supermarket.

From vegetables, meats and dairy to the plethora of freshly baked, whole grain foods, GMOs have taken over our food supply. These fresh whole foods are making us just as sick and obese as a fast food junkie with a daily habit of french fries and microwaved hamburgers.

GMOs (genetically modified organisms) are living organisms whose genetic material has been artificially manipulated in a laboratory through genetic engineering (GE).

If, in fact, GMOs are causing illness and obesity, a person with common nutritional knowledge (or government-fed myths) might assume that these genetically engineered foods have been injected or spliced with unhealthy sugars or fats. Such is not the case. Evidence, however, now suggests a sub-component of the GMO industry is the true culprit.

I’m often asked why I write against GMOs and for organic foods when my main area of research and coaching is on weight loss. I’m also asked why I post so frequently on the growing rates of cancer. One answer is relevant for both questions. Obesity, cancer, and GMOs are all connected! They all begin with the food we fuel our bodies with.

If you’re well researched on the topic of genetically engineered foods you might argue that not enough evidence or human trials have been published to support the connection. I’d agree. However, the common advantage to most GE foods is that the plants can sustain a large dose of glyphosate (an herbicide) without a reduction in harvest size – and today over 30 studies will support the glyphosate-illness connection.(1)

So while the healthy eating community and main stream bloggers are screaming for labeling of GMO foods, the point is being grossly missed.

Healthy foods are not fully reliant on whether a food is genetically engineered or not, but whether it has been treated with glyphosate or not. Some GMOs and GE foods may be safe (not all are genetically modified for the purpose of pesticide or herbicide resistance) in the lab. In the fields however, GE crops sprayed with glyphosate (or other toxins) are no longer considered safe.

The solution is to choose organic, every time. Doing so may not completely save you from the toxins (glyphosate is now in our water table, air, and nearby soils) and no one is policing the organic farmers’ fields, but the choice for organic offers a better chance at good health than the standard grocery market fare.

If you won’t shop organic for the health of your family, you may be inspired to do so for the health of farm workers (the men and women responsible for growing the food we eat. Eric Schlosser (author of Fast Food Nation: The Dark Side of the All-American Meal) recently shared with us that:

“One of the reasons I buy organic isn’t because I’m worried that minute pesticide residues are going to hurt me, it is because I know that 30,000 farm workers a year conservatively are poisoned by the pesticides in the field. We need to take an interest in the people who are basically responsible for our good health…”

In Praise of GMOs

North Americans are under the impression that their crops feed the world and will end world hunger. One of the greatest arguments from pro-GMOs or GE crop supporters is to have “larger yields to feed the world”. Yet – according the USDA and United Nations – 30-40% of food grown or produced in North America is tossed into the trash.

Propaganda (and it surely is media-driven propaganda) aside, with all our high yield crops and incessant over-buying, the data tells a different story. Here is a quick look, chronologically. Factual references can be found at the end of this article. (3,4)

As an interesting side note to that timeline, we aren’t even ending hunger in our own countries. In 1996 and again in 2008 (the only years cited), 12% of the US population is not food secure.

Considering all that we now know about genetically engineered foods and the required treatment of these crops, it will appear as a literary stretch to connect obesity with GMOs – especially since we’ve learned that GMOs do not and will not end world hunger.

Here’s my rationale on the last decade based on the data:

The argument may be rudimentary. The research and causes yet to be published or even studied. On the other hand, as someone who looks at reams of data and research daily, it appears to this reporter that GMO crops excel at turning healthy people into those battling with obesity, while failing miserably at feeding the world.

Laura Childs worked in the communications field (public sector and as freelancer) for over 30 years. In multiple roles, Ms Childs strategically consulted with, and published content for, many environmental and socially-minded clients.

In the last 20 years Laura Childs has provided these services from a hobby farm located in the foothills of the Canadian Shield. She currently lives in southern Ontario in a region known as Ontario's Garden.

Laura has written books on country living, raising farm animals, gardening and, of late, personal health and weight loss. Her latest work has been co-authoring books with her daughter on the Low Carb High Fat Diet.