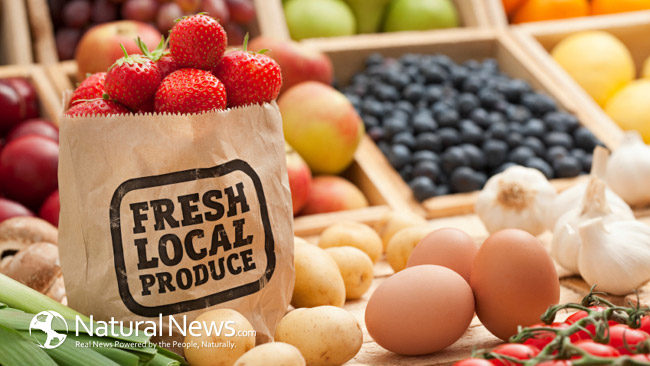 Many of us have heard of Organic foods and how they are becoming a trend in the United States and all over the world. Pesticides and herbicides, while arguably necessary to combat the devastation of our food crops by swarms of insects, have been making us and animal populations sick too.  And they also are in large part to blame for the superbugs (pesticides resistant bugs).

Now, bio-tech companies like Monsantos will say that genetically modified foods are safe to consume just like any other foods. They would like to point out that most of the governmental regulatory agencies like The World Health Organization (WHO) and health organization such as the American Medical Association (AMA) “have examined the evidence, all come to the same conclusion: consuming foods containing ingredients derived from GM crops is safe to eat and no riskier than consuming the same foods containing ingredients from crop plants modified by conventional plant improvement techniques (i.e. plant breeding)” (http://www.monsanto.com/newsviews/pages/food-safety.aspx#q2) But there have been numerous studies from major universities in the United States and all over the world evidencing that organic foods have far more nutritional value than conventional grown foods.  For example, organically grown tomatoes, even though they are small, have higher nutritional values than that of the conventionally grown bigger tomatoes. Research after research from top universities have confirmed that using pesticide in foods have numerous long term affects such as Parkinson’s disease; such study as UCLA have confirmed. Here is the website where you can read all about it:http://newsroom.ucla.edu/portal/ucla/researchers-uncover-how-pesticides-249954.aspx

Super foods are foods that provide the body with abundant nutrition and benefits that the body needs daily. For example, spirulina has been consumed all over the world as having the highest amount of protein for a non-animal food source.  Now, taking spirulina and consuming steak differs by how the body digests the two. Steak takes enormous amounts of energy to digest and make into liquid form.  Spirulina powder liquefies with water and is easily absorbed by the body once consumed.  The amount of energy to liquefy spirulina is de minimus.  I am not advocating that you should stop eating steak, but I am saying that there are other food sources that are gentler and easier for your body to digest.  Meat does have its benefits where it provides B12 and other nutritional benefits that plants don’t have.  And plant based foods such as spirulina, kale and legumes offers an abundance of nutrition that is less taxing for the body to digest.

The cancer and obesity epidemic has been on the rise since the 1970’s. This is due to the fact that high fructose corn syrup (HFCS) is in almost all of our foods. Cancer solely feeds on the fermentation of sugar. Fructose is likely the culprit behind the millions of U.S. children struggling with non-alcoholic liver disease, which is caused by a build-up of fat within liver cell.  The liver’s primary function is to detoxify the body.  When fructose is consumed, 80% of it goes straight to the liver for detoxification while 20% gets used up for the muscle and other parts of the body. Like alcohol, fructose is very hard on the liver.

The general population have been hood-winked at the idea that fruit juices and smoothies are beneficial and healthier alternative to those sugary-soda beverages, but most fruit juices available at the supermarkets are processed sugary drinks with little or no nutritional value at all.  Even those labeled as all natural, are mostly fruit juices made from fructose, which is fruit sugar and natural, but it is far from good for you. Most of the juice companies are owned by the same companies that make the sugary soda drinks, for example Pepsi owns the orange juice company Tropicana, while Coca-Cola owns Innocent Smoothies. As the The Guardian.com reports “Pepsi’s sales pitch was that the drink would help the nation to reach its five a day fruit and vegetable target” (http://www.theguardian.com/society/2013/sep/07/smoothies-fruit-juices-new-health-risk). Drinking and eating your fruits and vegetables are two differnet mechanisms that the body takes. By drinking your apple juice, for example, you are eliminating the fibers that comes with eating the whole apple.

Now in order to avoid the sugar and HFCS in foods, many people would go for artificial sweetener sucrose, or aspartame, to avoid calories and fat. But what many people don’t know is that aspartame is a man-made chemical and can do the exact same thing as a regular table sugar or even worse damage to the body and the mind.  Aspartame, which was originally used as a pesticide, is used as an artificial sweetener.

As alternatives to above processed and artificial sweeteners, consider raw sugar, brown sugar, agave nectar, honey and stevia.  They are terrific natural alternatives that have been used around the world for centuries.  Stevia is my preference. And as for the organic produce versus conventional produce, I would choose organic. Not only is organic produce have a scientifically proven higher nutritional value than conventional produce but they are 100% non-GMO. On their website, USDA standard states that “the use of genetic engineering, or genetically modified organisms (GMOs), is prohibited in organic products. This means an organic farmer can’t plant GMO seeds, an organic cow can’t eat GMO alfalfa or corn, and an organic soup producer can’t use any GMO ingredients”. It goes on to say that in order “to meet the USDA organic regulations, farmers and processors must show they aren’t using GMOs and that they are protecting their products from contact with prohibited substances from farm to table”. (http://www.ams.usda.gov/publications/content/can-gmos-be-used-organic-products)

If you think that the cost is the only difference between the organic produce and the conventional produce, well that’s not true. Since there is a government regulation on which produce can be labeled USDA organic certified and which produces cannot. Also it has been found that some produces no matter how much you wash it the pesticides and other chemicals do not come off. These produces are known as the “dirty dozens” on Dr. Andrew Weil website http://www.drweil.com/drw/u/ART02985/Foods-You-Should-Always-Buy-Organic.html. So if you think that just cleaning that conventional apple or that strawberry will get the pesticide off the surface, think again.

And just read the ingredients on your next grocery shopping trip, there is a reason why it is there. If there are ingredients that you cannot pronounce or do not sound like foods, it probably ain’t. Ingredient labels are the only source that help let us as a consumer have to avoid these toxic chemicals.

I am a descendent of a long line of acupuncturists. My grandfather was a pharmacist and an acupuncturist in Korea. My mother has been practicing acupuncture and traditional oriental medicine for over 20 years in California. I have witnessed what oriental medicine and acupuncture can achieve with a broad range of patients, including those that have grown dissatisfied with Western Medicine and those that continue to treat with Western Medicine. You can find out more about me at my webiste @ harryleelac.com