GMO Labeling: Who Should Decide? 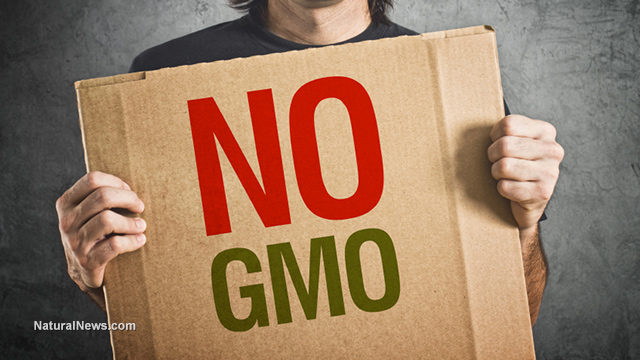 Several states in the U.S. are considering bills that would mandate GMO labeling. This article will report on such a bill in Massachusetts (where this journalist currently resides). You may not live in MA but what happens with this bill may impact what happens in your state concerning current or future GMO labeling initiatives. The MA House of Representatives bill H324, the Genetic Engineering Transparency Food and Seed Labeling Act (also known as the Mass GMO Labeling bill) would be the bill that would enable consumers to make informed choices when shopping. The bill would do this if it became law but alas, the bill is still in the “waiting room” yet to be voted on by our MA elected representatives.

Why should a bill like this become law (like Vermont’s GMO labeling law did)? Why should GMO products be labeled in the first place? And who should decide: the GMO manufacturers or you, the customer? Reasonable people know that justice (i.e. lady liberty) should be blindfolded but when it comes to shopping, consumers shouldn’t have to be.

What are GMOs and who really wants them?

Most people by now have heard the term “GMO” but because they know little about what it really is they don’t see the importance of supporting a mandatory GMO labeling law. Martin Dagoberto of the MA Right to Know GMOs organization explains what a GMO is. “A genetically engineered food is a plant or meat product that has had its DNA artificially altered in a laboratory by genes from other plants, animals, viruses, or bacteria in order to produce foreign compounds in that food. This type of genetic alteration is not found in nature and is experimental.   Many of the foods we currently eat and feed our families (including certain baby formulas and a high percentage of corn, soy, cotton and sugar beets commonly used in processed foods sold in the U.S.),  but we don’t know which ones without labeling.” An example of this is GMO corn which he says “has been engineered in a laboratory to produce pesticides in its own tissue. GMO corn is regulated by the Environmental Protection Agency as an Insecticide, but is sold unlabeled. Walmart is now selling Monsanto’s sweet corn that has been genetically engineered to contain an insecticide, but consumers don’t know because it’s not labeled.”

The Non-GMO Project was created because there’s a lack of transparency concerning GMO products. According to its website “Polls consistently show that a significant majority of North Americans would like to be able to tell if the food they’re purchasing contains GMOs (a 2012 Mellman Group poll found that 91% of American consumers wanted GMOs labeled). And, according to a recent CBS/New York Times poll, 53% of consumers said they would not buy food that has been genetically modified.”

Groups like Monsanto, the USDA and other GMO profiteer$ claim GMOs are safe. One might ask them if GMOs are safe, why they wouldn’t be in favor of GMO labeling. To be fair, they are in favor of voluntary labeling but in reality, that will result in virtually no labeling. They are not in favor mandatory labeling because they claim that will raise their production costs and they would result in higher costs to consumers.

However, numerous studies outlined on the official website of the Environmental Working Group show that contrary to the mandatory GMO labeling laws will not cause a rise in food prices. According to them, “Labeling would not ban the technology or force farmers and manufacturers to switch to non-GMO ingredients; it would simply require that food containing GMO ingredients be labeled, so that consumers can make informed decisions about what they want to eat…Food companies change labels all the time as part of their innovation cycle or to meet consumer demand, and they would have ample time to comply with mandatory GMO labeling without affecting products already on store shelves.”

If GMOs are so safe, then why have there been numerous studies directly linking cancer, infertility and other health problems in animals that have been consistently fed GMO foods? Why has there been an increase of cancer, autism, allergies, infertility, diabetes, intestinal disorders etc in humans since GMOs have been introduced into our food supply?If GMOs are so safe, then why have many foreign counties not only banned their domestic use of GMOs but have banned the import of GMO crops from America? The Non-GMO Projectstates that“Most developed nations do not consider GMOs to be safe. In more than 60 countries around the world, including Australia, Japan, and all of the countries in the European Union, there are significant restrictions or outright bans on the production and sale of GMOs. In the U.S., the government has approved GMOs based on studies conducted by the same corporations that created them and profit from their sale.”

Should customers have to shop blindfolded?

On their website the MA Right to Know GMOS group has posted the comments from MA state legislators that have support the Mass GMO labeling bill. Rep. Paul Donato of Medford said, “Consumers deserve the right to know what is in their food so that they can make educated choices about what they eat everyday”. Likewise Senator Sal DiDomenico of Everett said, “Labeling genetically engineered food provides transparency for consumers and ensures that the people of the Commonwealth know exactly what they are feeding their families.” Also supporting this bill Senator Pat Jehlen of Somerville said, “More information is always better for consumers. The public has a right to know what is in the food they consume and we should join our neighbors in Maine, Vermont and Connecticut in preserving that right”.

In a free society and in a true republic you as the customer should be able to know what they are buying but the pro-GMO forces want to deny you that knowledge.If a GMO manufacturer expects customers to purchase their products it’s only fair that these same companies be required to inform these customers (via label) if that product is a GMO or not. If a company wants to sell GMOs in any state, they should be required to inform consumers if their products are GMOs. These companies should also be required to state on the label which pesticides or herbicides their products contain if any because these chemicals are just as much as a health concern as GMOs are. The MA Right to Know GMOS website has a list of the MA state legislators that have no supported the MA GMO labeling bill. These legislators are also consumers, so why aren’t they supporting it? Do they not care to know if they’re buying GMOs? Do they enjoy shopping in the dark? Or could it be that these MA legislators are being pressured from the pro-GMO forces who are seeking to get bills passed that will prohibit any state from passing mandatory GMO labeling in the future? Regardless of the reason, and regardless of what state you live in, if you believe in freedom of choice, if you believe that you should not have to shop in the dark then you need to speak up and let your state representatives and senators hear from you ASAP. People especially in MA should contact legislators and ask them to call the GMO labeling bill out of the “waiting room” and vote on it as time is not of the essence.

JJ is a Christian, author and resident of MA.
Check out his Christian blog:
jjrbiblepreachingandteaching.wordpress.com