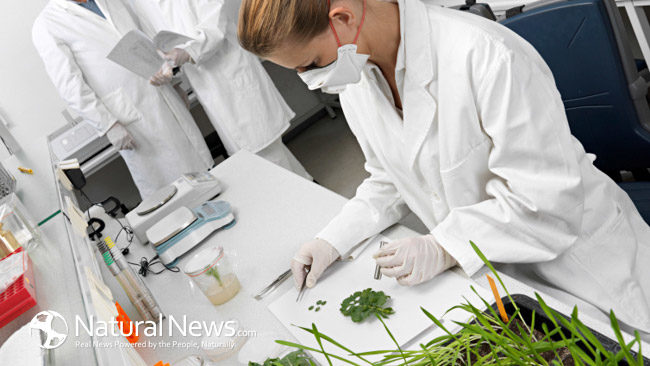 GMO foods produced by biotech companies attracted hordes of shareholders by promising to feed the world. However, as reports of failed GMO food experiments continue to leak out, stocks prices are plummeting.

As independent reports from around the world begin to surface, GMO foods such as corn are being banned in many countries. A judge in Mexico recently banned genetically modified corn, citing the “risk of imminent harm to the environment.”

China, one of the world’s largest importers of corn, recently turned away another U.S. shipment claiming the grain contained a genetically modified version not approved by Beijing.

The report also stated that Li Qiang, the chief analyst of the private consulting firm Shanghai JC Intelligence, inferred that quarantine authorities have stepped up testing of fishmeal and wheat shipments as well.

Natural News Blogs reported earlier that GMO wheat  does not have USDA approval. Yet, earlier this year, a GMO wheat field mysteriously appeared in Oregon. This was eight years after biotech companies had supposedly stop planting GMO wheat trials.

This alarming fact prompted the USDA to investigate further. The investigation has now turned into a lawsuit that is to be heard in Kansas. If GMO wheat is discovered in imports around the world, it could be the end of the wheat industry.

The truth is, if the farmer in Oregon hadn’t decided test the wheat to confirm his suspicions that it was, in fact, another GMO food growing uncontrollably in his field,  the world would’ve never been any wiser. Now that shipments of the unauthorized version of GMO corn (known as M162),  have been erroneously mixed in with China’s normal shipment, the futures market has felt the tremors of falling stock prices.

Chief strategist with Allendale Inc,. Rich Nelson, stated that China’s rejection of GMO corn is a “minor hiccup,” but it didn’t stop shareholder confidence in corn futures on the Chicago Board of Trade. Corn fell to a three year low.

China’s quarantine bureau, better known as Shenzhen’s, has now rejected two shipments from the U.S. in the last three years. U.S. shipments across the world are now likely to be scrutinized more closely because of this latest “minor hiccup” in China.

Historically, the U.S. is the world’s top supplier of corn. As GMO foods such as corn continue to be turned away by the four corners of the world, including more than 60 countries that have either banned certain GMOs, or minimally require GMOs foods to be labeled as such, the viability of GMO foods is now being felt in the stock markets.

In the meantime, U.S. consumer advocates have been launching a war against food manufacturers who are denying American’s the right to know if they’re eating GMO foods. A basic right already enjoyed by many other countries. Although recent bills to label GMOs in the states of California and Washington were narrowly defeated, Maine and Connecticut have passed preliminary labeling laws that are contingent upon neighboring states joining in.

Last month, Washington State Attorney General Bob Ferguson accused the Grocery Manufacturers Association of illegally collecting and spending more than $7 million in an attempt to block the labeling of genetically modified foods in the state of Washington.

The state sued the GMA claiming they violated campaign finance laws of shielding the identity of its contributors.

The contributors were later exposed.  The list of contributors are the usual big corporations that produce most of the processed foods and junk foods sold in the U.S.

However, her new bill in Florida (HB1) has already garnered the support of Senator Jeremy Ring. And smart companies are no longer waiting for Congress to weigh in on the issue.

Chipotle has already stated they plan to phase out all GMO foods from their menu as early as next year. They’ve even posted which foods  they currently sell that contain GMOs.

Apparently shareholders appreciate this transparency and willingness to give consumers what they want. Since the announcement in March 2013 to eliminate GMO foods from their menu, Chipotle’s stock price has nearly doubled in eight months.

Whole Foods stock prices dipped when a revealing video that was widely circulated on the Internet exposed that Whole Foods employees where unaware that the store had been selling foods containing GMOs to consumers.

Surprisingly, they announced a store wide GMO labeling initiative in also in March of 2013. By May 2013, the stock price bounced back and has been steadily climbing since then.

If the market is any indication, as shareholders become more aware of which corporations have been steadfastly working to keep consumers uniformed and in the dark, expect stock prices to plummet in these companies. If you’re a trader, playing the short position on these companies could bring a small fortune.

At the same time, it seems companies who put forth the effort to give consumers what they want will survive in the coming years. Companies like Chipotle who are transparent about what’s in their food, and are willing to get rid of the GMOs that people don’t want, are seeing share prices skyrocket and company profits soaring.

Brett Allen is the author of The NO GMO Diet . In his tell-all book, he records his 21 day journey to lowering his blood pressure by nearly 40 points, and losing 19 pounds by simply eliminating GMOs from his diet.