Glucose control, its not just for diabetics anymore! 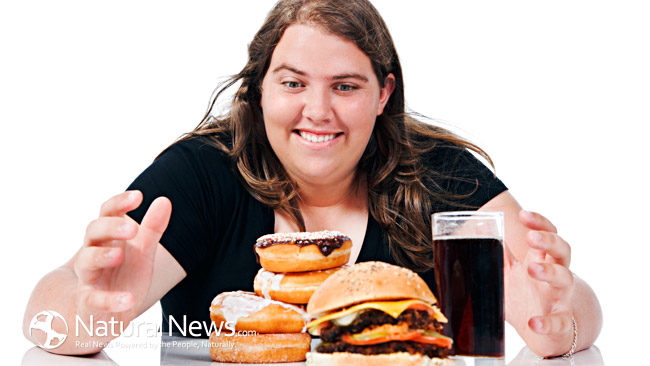 There is an increasing prevalence of obesity and diabetes in America and around the globe. From 1960-1980 the number of obese Americans increased 15% and by 2000 it doubled to 30%. During the time period of 1980-2000 the number of children and adolescents classified as overweight tripled as well. Diabetes used to be classified as adult onset diabetes. Now with the rise in children being diagnosed you don’t hear that term anymore. Now it’s type 2 diabetes and it does not discriminate. More than 90% of all diabetics are type 2. It is no longer a disease of the aging from a lifetime of strain on the bodily system. It is time we step back and look at what is causing it, how we can prevent it and reverse it as myself and others have done. According to the recent 2013 Keystone Diabetes Symposium experts have different opinions concerning the mechanisms causing insulin resistance. Despite the differing opinions the bottom line is your glucose control. Insulin resistance is the best predictor for the development of type 2 diabetes. So what does that mean for you and your chance of developing type 2 diabetes?

One way to see what your blood glucose is doing is to have a glaciated hemoglobin or hemoglobin A1c test. This measures total hemoglobin that’s been damaged by glycation. That is the amount of sugar your body has been seeing over the past 2-3 months. These levels should be below 5.6% but 5% is even better. If your level is 5.7% or higher it means your body has been seeing too much sugar for too long. That means your insulin levels have been elevated as your body tries to cope with potentially disastrous consequences. With the rising levels of hemoglobin A1c your risk of heart attack, stroke, cancer and frailty in older adults rises. Also what is equally important is fasting glucose levels and post meal glucose spikes. A consistent fasting glucose of 110-124 increases your chances of dying 40%. At levels of 126-138 it doubles. Glucose is only part of the equation, the other part is insulin. In order to keep your sugar under control, your body puts out increasingly large amounts of insulin, the hormone that takes sugar out of the bloodstream and forces it into cells. This can cause long term problems. Insulin is a growth factor, so too much insulin can predispose you to many kinds of cancer, as well as heart disease, stroke, and accelerated aging. In other words your body can be putting out high amounts of insulin to keep your sugar as low as 100-105 but your not out of the woods. To get a better idea of your over all risk you need to know your insulin levels as well as how much insulin it takes to get your blood sugar levels under control after you eat. The more insulin it takes the more insulin resistant you are becoming ultimately leading to diabetes. Studies show that the 2 hour after meal (postprandial) glucose level correlates most strongly with catastrophic outcomes. As you see your fasting and A1c is only half the battle.

Insulin is essential for carbohydrate and fat metabolism. When its secreted in excess it becomes a death hormone. Even people with normal fasting glucose levels are at increased risk if their after meal glucose rises too high too fast. Too many Americans are living in a dangerous “grey zone” with their health and are on the brink of a major health disaster and don’t even know it. High insulin levels are associated with a 37% increase in dying from cancer whether or not you have diabetes. Starches break down into sugar rapidly which increase your blood sugar and insulin ultimately increasing threats to your health. Starchy foods are rich in glucose precursors such as amylopectin, which is the main form of rapidly digestible starch in the human body. Because the starch in food is converted at different rates it results in variable blood sugar elevation, insulin response, and satiety. Regardless of the form of starch it all gets turned into sugar resulting in blood sugar elevation and dangerously higher insulin levels whether you suffer from diabetes or not. When sugar (glucose) binds to your body’s proteins, it produces advanced glycation end products, which are sugar coated proteins that are stiff, inflexible, and dysfunctional. Advanced glycation end products trigger inflammation and oxidization that leads to massive amounts of tissue damage that underlies chronic disease and aging.

Insulin also enables the liver and muscle cells to take up blood sugar (glucose) for energy production or storage. Insulin also packs glucose into fat cells as triglycerides. In people suffering from metabolic disorders and/or obesity insulin levels remain high. This causes damage throughout the body and prevents weight loss as glucose is stored in fat cells. Insulin has a dark side as well. The most noticeable is weight gain along with virtually every aging related disease. It drives fat into cells, prevents it from being released from cells and can result in chronic hunger. It becomes a toxic hormone to aging people who secrete too much of it. Insulin is produced in the pancreas to stimulate uptake of glucose from the blood into the body’s cells. When the body can’t utilize insulin its called insulin resistance. As a result of this resistance the pancreas produces more insulin than normal which causes higher levels of insulin circulating in the bloodstream. This is called hyperinsulinemia. Both hyperinsulinemia and insulin resistance cause many problems including elevated triglycerides , low HDL, type 2 diabetes and obesity.
High serum insulin promotes hypertension by imparting sodium balance. Too much insulin harms the kidneys, the vascular system is severely damaged, it promotes cell growth increasing the risk and progression of cancer, promotes the formation of beta-amyloid in brain cells contributing to the development of Alzheimer’s, prostate enlargement, abdominal obesity, atherosclerosis, impotence, and type 2 diabetes.

Other health problems from glucose-insulin spikes are non alcoholic fatty liver disease, liver cancer, kidney failure, inflammatory bowel disease, chronic inflammation and the generation of free radicals both of which damage DNA genes needed to regulate healthy cellular proliferation. In the case of cancer once a person is diagnosed it is imperative to suppress excess insulin secretion. In addition to initiating cancer, insulin stimulates the proliferation of malignant cells. Lifestyle and dietary changes are crucial to the patient and being prescribed Metformin to reduce levels of tumor promoting insulin. Type 2 diabetics treated with any kind of insulin augmenting drug had up to 80% increased risk of cancer, cardiac event or death compared to patients who only received Metformin which lowers insulin. Sulfonyureas stimulate pancreatic insulin secretion and temporarily reduces insulin. When the pancreas fails the patients have to resort to insulin injections. Because of these insulin augmenting therapies instead of lifestyle and dietary changes and Metformin doctors have unwittingly condemned huge amounts of patients to higher risk of weight gain, neuropathy, renal failure, atherosclerosis, and cancer.

Chronically elevated glucose and insulin levels, especially those following a meal,should be a major concern of any adult even if you have no known history of high blood sugar. High blood sugar is at the root of most all health problems we are experiencing today. It is important that we take a close look at lifestyle and dietary changes to improve our glucose control therefore improving our overall health and longevity. Prevention is worth a pound of cure as they say. Don’t wait until your body is showing signs of high glucose to make the necessary changes to improve your health. Do it now so you don’t have to face the devastating consequences to poor food and lifestyle choices. Your body’s ability to heal is greater than you know if given the proper diet and lifestyle. Don’t make the mistake of thinking because you don’t have diabetes that you aren’t doing any damage to your health or that you won’t get it one day. High blood sugar lurks for a long time without you knowing it and does damage to your body during that time. This is why it is called a silent killer. Don’t let it sneak up on you!

Choose the best food for the best health,

Cherise is a Certified Naturopathic Practitioner, Holistic Nutritionist, Health Coach, loving mother
of two sons and grandmother. She reversed Type 2 Diabetes and is two years Diabetes free. She
authored a book about her journey to be diabetes free, “A Personal Journey to Reverse Type 2 Diabetes”. She became a Health Coach to fulfill her passion of working with children and adults to improve their health and reverse chronic illness due to the foods we eat. Cherise received her training at the University of Natural Health where she graduated summa cum laude, graduated the Institute for Integrative Nutrition as a Health Coach and is continuing her studies at the school and will graduate advanced studies in January 2014. She is certified by the American Association of Drugless Practitioners. She leads workshops on nutrition and offers Individual health and nutrition coaching.

I have reversed my type 2 diabetes through a raw whole live foods lifestyle and exercise. I recently published a book “A Personal Journey to Reverse Type 2 Diabetes” and I am now working to help my husband with his cancer through the same method. I hope to help others be free from illness and disease in my counseling services.
- See more at: http://www.foodforlifecounseling.net/about-cherise-scally#sthash.fcelYEOX.dpuf