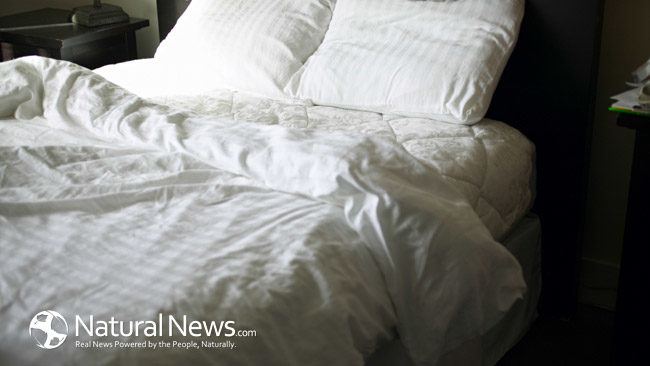 Move over blue pill, a study of the use of ginkgo biloba on antidepressant-induced sexual dysfunction has been shown to be 84% effective!

Ginkgo Biloba, a very popular study-aid among students is now gaining popularity among many men and women looking for a boost in the bedroom.

Gingko Biloba, a popular ancient Chinese herbal remedy is already among the best-selling supplements in Europe and the United States and with this promising research and new studies on the way, the popularity of this ancient herb is sure to increase to even higher levels.

Researches were surprised to hear of an elderly patient on anti-depressants who was using ginkgo biloba to improve his memory when he also remarked on an improvement in erection quality.

Shortly after hearing this, the researches put a study together to determine if there was any correlation between improved sexual function and the use of ginkgo biloba in patients on antidepressants.

Surprisingly ginkgo biloba was shown to be 76% effective in treating antidepressant-induced sexual dysfunction in men.

Even more striking, the study showed gingko biloba to be more effective in the treatment of women with success rates of 91%.

Combined, the average effectiveness of ginkgo on men and women averaged 84%.

In this study, ginkgo biloba had a positive effect on all 4 phases of the sexual response cycle – desire, excitement (erection & lubrication) orgasm and resolution, also referred to as “afterglow”.

About the Ginkgo Biloba Tree

Ginkgo biloba is one of the oldest trees known with fossil records dating back over 270 million years.

This extremely old and hardy tree seems to have the ability to grow and thrive in the most extreme conditions. Six ginkgo biloba trees were found growing 1-2 km’s from the 1945 atomic bomb in Hiroshima and are still alive and thriving to this day.

The oldest recorded ginkgo biloba tree is over 3,500 years old.

The ginkgo biloba tree is renowned worldwide for its medicinal properties extensively used in Eastern Chinese medicine to treat everything from memory problems to erectile dysfunction.

How does Ginkgo Biloba Work?

It is for these reasons it is believed that gingko improves vein health – which is necessary and important for both memory and bedroom activities.

It is understood the terpenoids (such as ginkgolides) are responsible for the improved blood flow by dilating the blood vessels and as well as reducing the stickiness of the platelets (blood).

The study which shown gingko biloba to be effective in the treatment of antidepressant-induced sexual dysfunction was an average of 209mg/day.

Ginkgo can be purchased in a number of different forms, including tablets, capsules, dried leaves (for tea) and extracts.

When considering purchasing any ginkgo product it is important to find the highest percentage of flavonoids and terpenoids.

Traditionally extracts are found to have the highest, between 24-32% flavonoids and 6-12% terpenoids.

It can take anywhere from 4-6 weeks to notice the effects of gingko, so those considering using ginkgo biloba should plan on using it for at least a period of months to notice any significant benefit.

There are few known side effects, if any they are upset stomach, headaches and dizziness. Ginkgo should not be used by children.