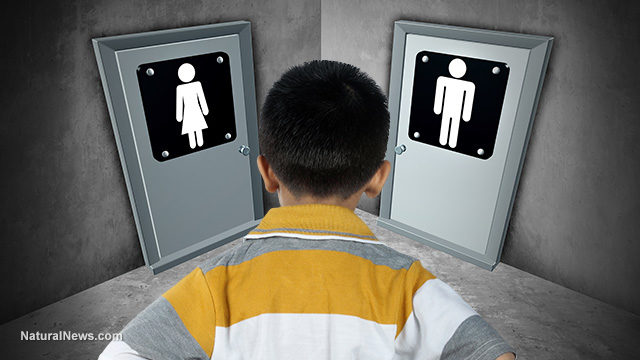 President Obama maintains that his administration’s recent directive on transgender issues is designed to meet “our obligation as a society to make sure that everybody is treated fairly, and our kids are all loved, and that they’re protected and that their dignity is affirmed”; but upon actually reading the text of the directive, it becomes apparent that there is more going on here than the promotion of tolerance. The administration is effectively redefining sex and gender by fiat, and on the flimsiest of justifications. It is institutionalizing confusion.

Consider the following lines from the directive under the heading “Terminology” (page 1):

Gender identity refers to an individual’s internal sense of gender. A person’s gender identity may be different from or the same as the person’s sex assigned at birth.

Sex assigned at birth refers to the sex designation recorded on an infant’s birth certificate should such a record be provided at birth.

Transgender describes those individuals whose gender identity differs from the sex they were assigned at birth.

Note the recurring phrase “sex assigned at birth.” According to the Obama administration, sex is not an objective condition determined by genetics and anatomy, but rather, an arbitrary designation determined by self-perception. When we’re young and helpless, we’re assigned a sex label based on a superficial physical evaluation, and we can change this designation if, at some time in the future, we have an “internal sense” that we’re really something else.

In other words, self-perception is reality. Birth sex is assigned. Gender is based on feeling. You are what you perceive yourself to be. Obama considers these claims to be objective facts; and therefore obligatory on everyone. He is not merely asking that we accommodate a transgender person’s wishes so as not to offend or somehow mistreat them; on the contrary, he is demanding that we accept their view of reality as fact–for no other reason than because he says so.

Consider the convoluted logic here, as exemplified by another portion of the directive (page 2, under the heading “Compliance with Title IX”):

…a school must not treat a transgender student differently from the way it treats other students of the same gender identity.

This assumes that all of the “other students” have purposely “identified” as a particular gender, and thus that mandating inclusion of the transgender student is really just a matter of granting equality. Again, we see the assumption that gender is an identity issue, not just for the transgender person but for everyone.

So let’s delve a little deeper here and ask a fundamental question: What does it really mean to be “male” or “female”?

Given this, let’s think for a minute: what is a transgender male actually aspiring to be?

Physically, Bruce Jenner was born male. Yet, he felt like a female. So what did he do in order to more fully identify as a female? He underwent surgery and had his body transformed to the female body type. But if sex and gender are truly, solely mental (as the administration is suggesting), why does body type enter into the equation at all? Why does a male who feels female need to do anything apart from simply “identifying” that way? Why does he feel the need to use bathroom facilities designed for persons of the opposite body type? Why does he want the privilege of using a shower or locker room designated for those of the opposite body type?

Therein lies the core of this entire controversy: physical males demanding to be accommodated as physical females, and the resultant backlash.

Clearly, even in the mind of the transgender person, sex and gender are more than mental constructs. Indeed, they must be primarily physical, otherwise why else do transgender men desire to identify with the body type and other physical things associated with being female (hair, jewelry, style of dress, etc)? Why else do they work so hard to physically appear and be socially accepted as women, even if they don’t go so far as to undergo sex-change surgery?

Transgenders are aspiring to be something; not a product of their mind, but rather, something objectively identifiable outside of themselves, and this requires that we are not dealing with a matter of mere self-perception. The Obama administration insists otherwise because it is trying to make this an equality issue, hence the argument that one’s birth sex is “assigned,” but one’s true sex is self-determined. The language here has been carefully crafted to treat transgenderism as a civil rights issue, almost certainly with the aim of getting the federal courts involved and using the bigot stick to beat and shame any opposition into silence.

Note the following language from the declaration, also found under “Compliance with Title IX”:

This is a clear setup for any school district defying the directive to be challenged in Federal court on civil rights grounds, in addition to potentially having Federal funds withheld from it.

Undoubtedly many on the Left will applaud this Obama administration directive as a great step toward achieving true equality–whatever that is ultimately defined as meaning in a world where reality seems ever more increasingly fluid. Whatever your political persuasion, however, it ought to be more than a little alarming that an administration has decided it has the right to force an unprecedented ideological shift concerning something as fundamental as sex and gender on every public school student in the country, all without parental consent, a vote of the people, or even any debate in Congress (never mind a lack of underlying Constitutional authority).

Nor will this issue end with the public schools. Ever at the tip of the social justice spear, New York City‘s Commission on Human Rights is threatening businesses that refuse to acknowledge gender self-identification, including the use of pronouns preferred by “transgender and gender non-conforming people,” an act the Commission deems “unlawful gender-based discrimination.” Undoubtedly, certain special interest groups are already recruiting potential victims and preparing press releases.

And as galling as the consequences of the Obama Administration’s war on traditional concepts of sexuality may prove to be where freedom of speech and thought are concerned, what price will be paid by young people who are struggling with conflicting emotions and ideologies in a society that has thrown its moral compass overboard and is afraid to take a stand on anything for fear of being deemed “intolerant”? Teenagers battling identity and acceptance issues are highly impressionable, especially when respected authority figures encourage them to act on their impulses and further the notion that their parents do not truly understand them. For their part, younger children are prone to imitative behavior in which boys may play at being girls and girls may play at being boys (when he was a young boy, General Patton used to trade clothes with his sister, Nita), but the overwhelming majority grow out of it in time.

How many young people will be encouraged toward deeper experimentation with what might otherwise have been a passing infatuation, thanks to those who have an agenda to promote, and end up experiencing severe physical and/or emotional consequences?

We like to think that we represent the pinnacle of human civilization here in the good ‘ole US of A, but we’re being led by people who can no longer tell the difference between a boy and a girl.

I have a bad feeling about this.

Note: The reference to General Patton changing clothes with his sister was found in Patton: Genius for War, by Carlos D’Este, (New York: Harper Perennial, 1996), p. 42.