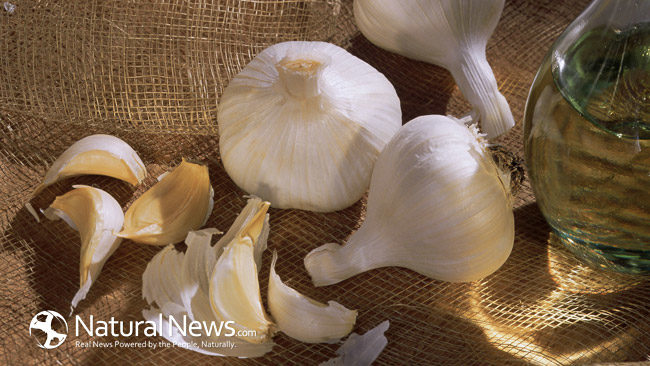 If you are wanting to make one lifestyle change to really improve your overall health and reduce your risk of infections, heart disease or cancer, then – instead of eating an apple idea – consider munching on a clove of garlic. The health benefits of consuming fresh garlic daily truly are amazing. Read on to find out more about this remarkable plant and about the positive impact it can have on the body’s health.

Garlic is part of the allium family – which also includes onions, shallots and leeks – and is one of the oldest plants in the world to come under cultivation. There is evidence that garlic was being grown at least as early as the time of the Egyptians and was also valued for its medicinal properties by the Greeks and later by the Romans. In the 18th century in France, a draught of wine infused with garlic was used by gravediggers to keep from succumbing to the plague and was used to prevent gangrene by soldier in both World War I and II. Coming into more modern times, garlic continues to be valued for its ability to heal.

Why is Garlic so Effective?

Garlic is such an effective medicine because it is so incredibly rich in nutrients. It is, for instance, high in minerals like selenium, calcium, manganese, and phosphorous as well as Vitamins B6 and C. These are all nutrients needed by the body for optimum health. Another important component of garlic for human health is its high sulfur content, which has been proven to help reduce the chances of cancer development.

Other important components of garlic include oligosaccharides, proteins rich in arginine and active compounds called flavonoids. This components give garlic some of its other important health benefits, including the reduction of inflammation throughout the body, the boost to the immune system, and the improvement to cardiovascular health.

Garlic is also being studied for its apparent ability to fight against some strains of bacteria that have grown resistant to drugs. Also, then the allicin – another active component in garlic –is broken down in your body, the formation of sulfenic acid results. This acid has powerful antioxidant properties that help to slow the aging process and promote overall good health. It has also been shown to actively ward off the cold and flu, unsurprising since it has such strong anti-viral properties.

In short, it is probably one of the best overall health tonics you can consume. So, yes, your breath might suffer for it. Even so, including fresh garlic in your diet daily is well worth that risk. The positive impact that garlic has on health is far too potent to be ignored.

Cleanse Your Liver with this Simple Juice

Five Things You Should Know About Fluoride in Your Drinking Water