What Are Free Radicals And Why You Should Care 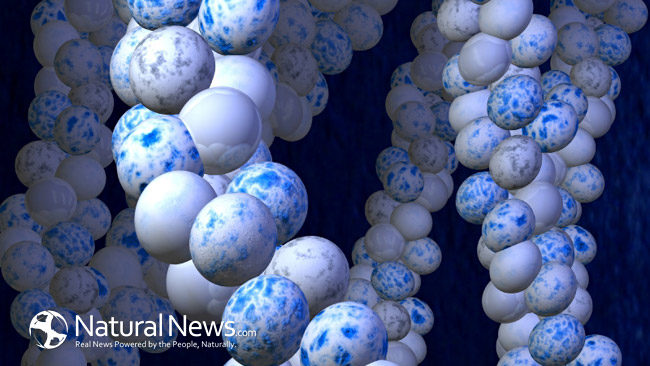 We often hear health claims that the next superfood can help fight free radicals, but what does that really mean? Understanding free radicals comes down to chemistry.

All cells are composed of molecules, and all molecules are made of atoms being held together by chemical bonds. If some of these chemicals bonds are broken in such a way that an unstable molecule or atom is created, we call this a free radical. This can create a chain reaction that creates more and more free radicals in the body.

Atoms are a nucleus formed from protons and neutrons circled by electrons. The important particle for understanding free radicals is the electron, so let’s look closer at what they do. (1)

Electrons can be found circling the nucleus in orbitals. Although not completely accurate, for our purposes we can imagine the electrons circling the nucleus in orbits much like the planets circle the sun. This is the Bohr model of an atom that you would have learned back in your high school chemistry class. Each orbit has a certain number of electrons it must contain to be full and it is reactive unless it’s outer layer is full. For example, the first level needs two electrons to be stable, and the next two needs 8 to be stable. A reactive atom, one with it’s outermost shell unfilled, will want to steal electrons, give away electrons, or bond together with other atoms to fill the outer shell, thus becoming stable. Check out this site for diagrams and a longer explanation of the Bohr model and orbitals. (1)

When molecules are broken you can end up with what we call free radicals. A free radical is an atom or molecule that is reactive, aka does not have it’s outermost shell filled with electrons. So it wants to steal electrons, give away electrons, or bond together with other atoms, as stated above, which in turn can make those molecules that were acted on reactive, aka become free radicals themselves. This process continues creating a chain reaction that disrupts the chemical bonds of all the molecules involved. (2)

This video explains the process of the chain reaction that free radicals create, how it creates more free radicals and how it changes the molecules involved. It uses high school level chemistry but is a useful illustration of the process even to those that do not understand all the nuances of the chemistry.

What Causes Free Radicals To Occur In Your Body

Many factors can cause molecular bonds within your body to be broken which can result in unstable atoms or molecules. Some are natural while others are not. Natural causes include digestion, immune system function, and sun exposure. Unnatural causes that can break molecular bonds include exposure to toxins such as cigarettes, air pollution, pesticides, and herbicides. Even stress and poor diet can be to blame. It is good to keep in mind that your body is equipped to neutralize some free radicals, and some of the free radicals are even helpful, such as when the immune system uses free radicals to destroy pathogens. It is when we end up with too many free radicals that there may be cause for concern. (3)

Why Should Care About Free Radicals

The chemical behaviour of an atom or molecule is determined by the balance of it’s electrons, so when molecules in your cells that are meant to be stable become reactive, their chemical behaviour and possibly even their structure changes. Enough of these changes and the normal function of the cell is interrupted.

Because free radicals can affect the molecules found in the cells and therefore the cells themselves in such a profound way, they have been attributed to many very serious health concerns. Most notably are the claims that they cause cancer, play a major role in aging, and contribute a number of other diseases such as heart disease, atherosclerosis, Parkinson’s disease, and Alzheimer’s. (4)

The science on free radicals is still evolving. Studies show many surprising results about the bodies ability to deal with and benefit from free radicals, as well as the destruction they can cause. Some encouraging studies are a 2014 study at McGill University revealing that free radicals were responsible for increasing the longevity of cells in a species of roundworm (5), and another in 2011, where researchers discovered a very efficient method to decompose free radicals that are created during respiration while studying yeast (6). On the negative side, studies such as the one done by the University of Pennsylvania Medical Centre found that patients that died of Alzheimer’s disease had about double the amount of free radical activity in parts of their brains as compared to a normal brain (7).

Amy is a writer and a mother of a blended family with three young kids, soon to be four. She has a Bachelors of Mathematics and is a lifelong learner with a wide variety of interest. Her interests include mindful parenting and other family topics, health and wellness, and science, all of which are reflected in her writing.

Amy is a writer and a mother of two young boys. She has a wide variety of interests including mindful parenting, small space gardening, health and fitness, creative healthy recipes, and more... all of which are reflected in her writing.