Four Ways That the French Lifestyle is Healthier 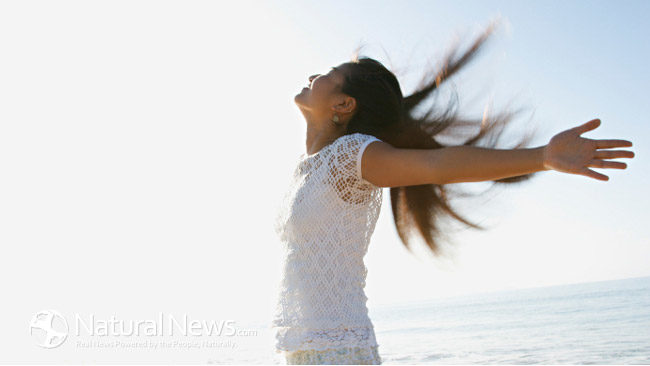 It’s long been accepted that the French are healthier than the Americans – just look at the food, for one thing. While admittedly the French diet is packed with breads, cheese and wine, the quantities of the foods consumed are considerably less than in the U.S.

French restaurants don’t serve up pounds and pounds of pasta followed by as many cappuccinos as you can drink; rather, the focus is on eating well, but eating less. Diet aside, there are many other reasons why the French lifestyle is generally healthier than the American – here are just four of them:

The difference in the pace of life between the U.S. and much of Europe can be stark. While many of us in America may feel we live a frantic life where we are spread much too thinly, in Europe and in particular France, things are slower paced. Work lunches in France are usually long and leisurely affairs; think sit-down dinners with a glass of wine as opposed to just grabbing a sandwich and eating it at your desk.

Paper plates and cups are also frowned upon by the French, who believe that everyone has time to sit down and enjoy a coffee in a proper cup. These things may seem like small factors, but they greatly contribute to overall wellbeing and happiness. Feeling rushed, stressed or that you don’t have enough time for yourself can exacerbate any existing health problems as well as create new ones.

It’s no secret that the U.S. lags significantly behind other countries when it comes to healthcare. While baby steps have been taken in recent years, such as the 2010 Affordable Care Act, every country in Western Europe has universal health care, and France has one of the very best systems in the world.

Providing universal cover to all citizens, regardless of wealth, age or status, the French healthcare system is comprised of a network of public hospitals, private hospitals, doctors and other medical providers. Funded partly by the government, employers and individual contributions, this is a system that works and French citizens seem to be staunchly proud of. As they should be.

Getting the right balance between work and play can be tricky, but America once again trails behind Europe when it comes to paid time off. In terms of paid vacation, the top seven countries in the world are all European, and on average the French get at least 30 days paid vacation. The U.S. is the only developed nation that necessitates no paid vacation time or holidays by law; the old idea that Europeans work to live and Americans live to work isn’t far off the mark.

The link between the long hours most Americans work and poor health has long been discussed. Our propensity for doling out prescription medication (a health epidemic not experienced by any other country) is thought to be a direct result of the increased stress and anxiety levels experienced from working long hours without sufficient time off.

Access to excellent healthcare services is one of the reasons that most of Western Europe has a significantly higher life expectancy than the U.S, but all of the above points play a part. Overall life expectancy in the U.S. is in the high 70s compared to the early-to-mid-80s of France. In certain parts of America, the life expectancy is 18 years lowers than in Europe. Considering that the U.S. is one of the richest and most developed nations in the world, these are shocking statistics.

Hopefully, changes in both laws and society will help America advance and improve the health of its citizens. Failing that, if you’ve always thought about moving to France then you could become one of the thousands of American expats who head to France every year to experience the French lifestyle for themselves! The food factor is tempting enough as it is, but the longer, healthier and happier lifestyle that comes with it is surely the pièce de résistance.