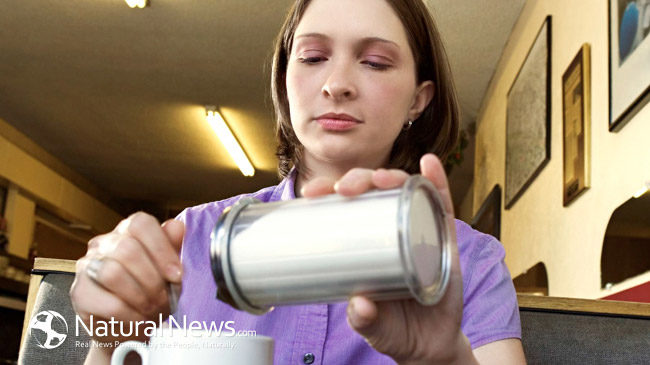 Most people feel a bit guilty when they admit that they have a sweet tooth. That is because they have largely been trained to believe that sweet stuff, just by its nature, is bad for them and that in order to be healthy they must conquer their hankering for sweets. However, although processed and refined white sugar definitely is bad for you, there are other natural alternatives to this that can let you get your sweet fix in a healthy way. Below are four natural sweeteners that are actually good for you.

This natural sweetener, derived from the extract of the Stevia rebaudiana plant, is a native of South America, where it is valued both for its flavor and its medicinal properties. It is now available in health food stores and mainstream groceries alike and is popular because, although it is incredibly sweet, it contains no calories. It has also been shown to have a beneficial effects upon such things as blood sugar control, blood pressure levels, total cholesterol and insulin sensitivity.

Erythritrol is a sugar alcohol which occurs naturally in several different kinds of fruits and although it, too, is sweet, is contains only .24 calories per gram; this means that, compared to the same amount of sugar, it only has 6% of the calories. This sugar alcohol appears to have no effect on the blood sugar levels or the levels of cholesterol or triglycerides. Be warned, though, that some people who are sensitive can experience some gastric distress if consumed in large quantities.

This is another sugar alcohol whose sweetness and flavor make it very similar to sugar. It clocks at about 2.4 calories per gram, or about 2/3 of the value of a similar amount of sugar. It appears to have some health benefits as well, including improving oral health and decreasing the chances of developing cavities or other forms of dental decay.

This unique natural sweetener is harvested from a plant which grows in the Andes in South America but is not as well known in the United States. It recently, however, has gained more recognition after a study came out when found that this syrup had a significant impact on the weight loss efforts of overweight women. It is also high in a special kind of fiber which helps to nourish good intestinal flora, much like the live active cultures in yogurt.

So, don’t feel guilty about that sweet tooth! Instead of sneaking off to the candy store next time to get your sugar fix, explore the many heathy, DIY recipes on the Internet that use the healthy sweeteners above to make sumptuous by healthy desserts that are good for your taste buds and for your waist!