Football fans gaining weight – it’s not because of the appetizers either! 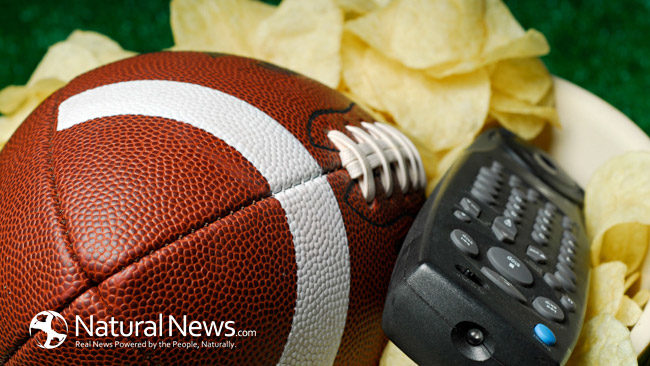 Tis the season for our biggest football fans, and the season seems to be the reason to either lose big, or gain big and it’s not what you think. A recent study published by “Psychological Science” shows that football fans food habits are being impacted by whether their teams win or lose. This means that our football fans across America are at a huge risk of gaining weight this season – that is, if their team loses.

In the past, studies have linked football losses to things like poor driving habits, heart attacks and blood pressure issues, and emotional issues like domestic violence. This new study however really hits home. You may not go swinging at your spouse this season, but, will you reach for the junk food?

Let’s talk numbers, because frankly, they’re shocking. The study shows that people who lived in cities with the losing team ate ~16% more saturated fat in comparison to their usual Monday meals – referring to of course the Monday after game day. The people who lived in cities with winning teams at about 9% LESS saturated fats compared to their typical Monday.

If that’s not an excuse to petition your friends and families to start supporting your local teams, I don’t know what is. One strange finding of the study was that they surveyed even the people in cities who won / lost that weren’t particularly football fans and found similar trends.

What can you do to control the cravings if your team loses?

The most important thing you can do is maintain self-awareness. Before reaching for that plate of food, that slice of pizza, or that donut think about why it is you’re reaching it. If you’re the type that seems to “graze” a lot, try a craving control checklist to learn how to curb your appetite and make sure you’re not reaching for the wrong reasons.

The study that we’ve been discussing took it one step further; they told fans to write down what’s important to them in life after the game was over. The research suggested that these “self-affirming” behaviors significantly changed the outcomes and the defeated team members were much less plagued by their cravings.

The message behind it all

Above all else, I think this study shows us one thing. We are creatures who eat with our minds, not with our mouth; if nothing else, we can take this as another reason to really get a grip on our frustrations and sort them out so that we’re not turning to foods to cope with any wins or losses, metaphorical or otherwise.

I'm Amanda and I'm a 22 year old mother who's been diagnosed with PCOS. I'm passionate about health and wellness and aim to make a difference however I can. I also blog over at my site, HealthyHerLiving.