Five Tips to Avoid Being Harassed by the Police 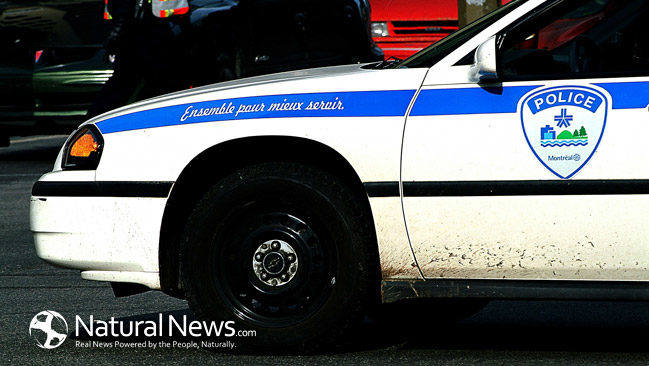 Five Tips to Avoid Being Harassed by the Police

The country is well aware of the increasing police brutality and statistics that support these claims.  Every individual regardless of race, creed or religion has become scared for their lives during police encounters and interactions.  Due to this police brutality epidemic many people are refusing to leave their homes unless they have to or avoiding speaking with the police altogether.  As well as many individuals outright refuse to contact the police if they are in danger or are in need of help from local law enforcement just to avoid losing their own lives.

It doesn’t matter what color your skin is, what you believe in or your sexual orientation it seems that everyone at anytime can be victimized from the brute force of a single police officer.  So much so that advocacy groups have arisen that support filming the police in order to provide sufficient evidence that these agents of the state are in fact getting away with cold blooded murder.  Fortunately though you can avoid being bothered by the police altogether by simply remembering that they are human too and with all humans there are just some things that we tend to avoid if we can.  Here are five tips to avoid being harassed by the police.

Drive in the Rain

Just like everybody else police officers too do not want to stand in the rain.  An average shift for an officer can be between eight and ten hours and being cold and wet the majority of that time makes for an uncomfortable shift.  While driving in the rain a police officer will be much more reluctant to pull somebody over.  This doesn’t mean they won’t stop you for speeding or running red lights but you can feel better knowing that if an officer is behind you while it’s raining you will not need to be in fear for your life.

Bumper stickers typically describe the individual an officer is about to stop prior to the initial traffic stop itself.  Depending on these bumper stickers an officer will assume a personality which will decide his attitude and outcome of a traffic stop.  Appearing controversial such as political, religious and environmental bumper stickers will help the officer avoid asking too many questions and speed the process of the traffic stop along.  Police officers avoid topics that could lead to debates that cover a variety of laws that they themselves may not be educated in.  Appearing controversial, not contradictory, will help smooth out traffic stops keeping them short and simple.

Even if you are not very religious carry your preferred religious or spiritual text close by in plain sight at all times during a traffic stop.  Most police officers avoid getting involved in conversation regarding religion and if brought up will pick up the pace of the traffic stop in order to avoid controversy.  Pleading the Fifth Amendment is an option but to ensure a quick traffic stop suggest that the officer join in a prayer for the both of you.  If they refuse do not be offended and if they agree than you will have surpassed the stigma of fear that is entailed during traffic stops as well as you will have provided positive energy for both you and the officer.

Many police officers will lie and say that they have spotted you distracted with an electronic device while driving as cause for their initial traffic stop.  This is a form of harassment that usually cannot be proven.  Ensure that police officers cannot harass you by providing proof that you have upgraded your electronics to hands-free technology.  Whether it is a Bluetooth headset or your phone connected to your vehicles’ radio this will ensure that the immediate cause for the traffic stop is nullified.  With this police officers will have difficulty looking for other reasons to issue a ticket and will quickly return to their vehicle leaving you free to go.

You don’t have to agree with them but do show your support and your concern for them.  Many people feel that if you do not support the police than you are against them.  This is simply not true.  Many people disagree with methods used by police as well as excessive violence but many people naturally support the idea that they feel a little more secure when a police officer is there to help them solve a crime that they are a victim of.  This is our taxpaying dollars hard at work.  Show your support of not just police but also firefighters and EMS as they too often work directly side by side with police.  Showing this support on your vehicle during a traffic stop will help to reduce tension that the police officer may have prior to pulling you over.  Knowing that he too is supported by a kind and cordial individual will help to mitigate stress and fear felt by both parties during these scenarios.