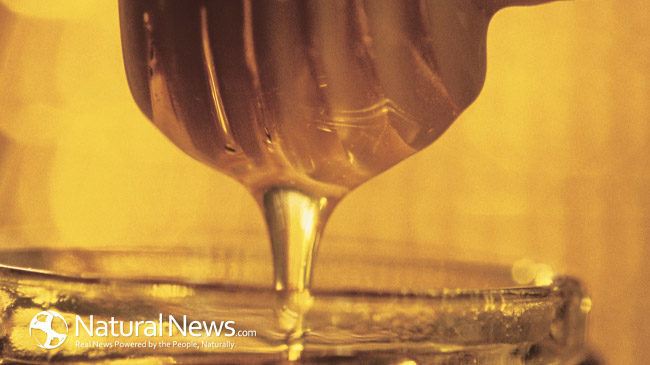 The medicinal value of raw honey – honey that has been transferred from the hive to the honey jar without processing – has been known across the world for centuries. This sweet food, which some researchers have nicknamed “liquid gold,” is omniscient in ancient Indian, Egyptian, and Western medicine. It was used as an ointment for rashes and burns, to help soothe throats, to energize people during long travels, or as a culinary aid that sweetened even the sourest local foods.

Honey in all its varieties remains the most popular bee product available today, and it has been subjected to a lot of research that confirms the allegations of the ancient healing systems.

What Raw Honey Does for Us

Rich in antioxidants – In her book, “Healing Honey: A Natural Remedy for Better Health and Wellness,” Lynne Chepulis notes that unprocessed honey contains a large number of antioxidants that serve numerous healing purposes in our bodies. One of these purposes is to neutralize the cell-destroying effects of free radicals, thereby guarding us from a host of degenerative diseases. The propolis found in honey also contains cancer-fighting phytonutrients, which compounds the antioxidants’ anti-cancer properties.

Antibacterial properties – According to Nathaniel Altman, the author of “The Honey Prescription: The Amazing Power of Honey As Medicine,” honey has been used as an antibacterial in Europe since 1892 and remained the antibacterial of choice until the Second World War. Some of the destructive bacteria that honey is known to kill, such as MRSA, are considered to be antibiotic-resistant.

Anti-tumor and immune-boosting properties – According to a 2008 study conducted by Japanese and American researchers, honey injections in mice triggered the formation of cells that protect the body from microbes, and which kill cancerous cells. This research reinforces the findings of David W. Grotto and Marianne Smith Edge in their book, “101 Foods That Could Save Your Life” (one of my favorite resources on nutrition), who note that the consumption of honey has been known to treat many different types of cancer, including bladder cancer.

Excellent source of natural energy – According to NutritionData, honey is comprised of 93 percent carbohydrates (of which at least 80 percent is natural sugars such as glucose and fructose). These carbohydrates give honey its well-known energy-boosting properties, which can drastically increase your stamina throughout the day. Consuming a tablespoon of raw honey before a workout, for instance, will noticeably improve the quality and length of your performance.

High in nutrients – One serving of raw honey contains an impressive number of minerals including calcium, iron, copper, magnesium, manganese, potassium, phosphorous, sodium, and zinc. Honey is also rich in vitamins such as B6, niacin, thiamin, riboflavin, pantothenic acid, and several amino acids. These minerals and vitamins work in tandem to aid our bodies’ biological processes; without them, we would literally fall apart!

Many different brands of raw honey are available, and their nutritional values can vary greatly depending on the well-being of the bees, the flowers they have access to, and the climate of the location in which they operate. The best brand of honey I’ve found is Organic Raw Honey by YS Organic Bee Farms. This honey is thick and cloudy (a sign of good quality) and is created by healthy, happy bees who are surrounded by flowers that are free from pesticides.