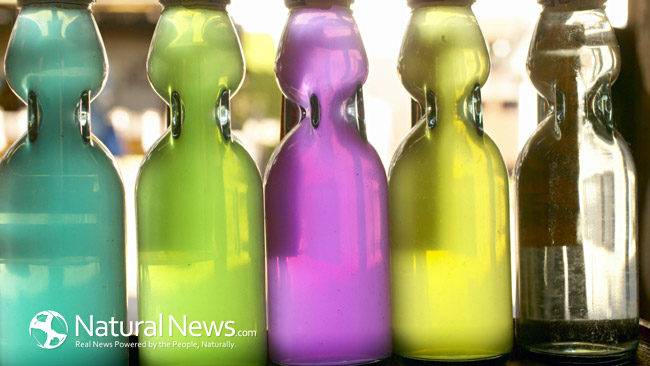 As humans we have a natural desire for the pleasure and sudden burst of energy that sweet foods provide us. But as humans living in industrialized locations, we have access to processed sugars – a compound with no nutritional value that stimulates addictive pathways in the brain in the same way as cocaine and heroin (1).

We are constantly surrounded by more sugary food than we could ever hope to eat, blended with fats and flavors and processed into visually attractive consumables. Many give in to this constant temptation. While the American Heart Association states that an adult should consume no more than 9.5 teaspoons of sugar in a day, the average American consumes 22 teaspoons in a day, and the average child a staggering 32 teaspoons per day (2).

Following a raw diet – or simply avoiding processed foods – is a great way to avoid overloading our bodies with artificially refined sugars. In the words of Dr. David Ludwig, director of the New Balance Foundation Obesity Prevention Center at Harvard-affiliated Boston Children’s Hospital, “Eating a minimally processed diet is going to cover a multitude of sins”(3).

Another way to satisfy our cravings for sweetness without taxing our bodies is to make wise choices in the sweeteners we use in our kitchens. There are many sweeteners available that come from natural sources and have nutritional value. They vary in taste, cost, glycemic level, and other factors. Here’s a quick overview of five sweeteners that are raw, vegan, and low-glycemic.

The glycemic index (GI) indicates how fast ingested sugars or carbohydrates are converted into blood glucose. The number represents how much a specified portion of a food raises blood sugar levels, as a percentage of the effect of a comparable amount of pure glucose (table sugar)(3)(4). For example, a glycemic index number of 50 indicates a blood glucose spike half as big as the spike eating pure sugar would cause.

A GI of 55 or less is considered to have a low glycemic index. Most fruits and vegetables, beans and nuts fall into this category. A moderate GI is 56 to 69; potatoes, corn, and processed grains (like white rice) have moderate GI. A high GI of 70 or higher is found in processed baked goods and cereals(4).

The glycemic load for 100 foods can be found on Harvard Medical School’s website (5)(mostly processed foods in this list, although some whole fruits and vegetables are included). The glycemic index is one of many aspects, including energy density and nutrient content, that define the healthiness or unhealthiness of a food (6). Foods from the same source can vary according to processing or preparation technique: orange juice has a GI of 50, while a whole orange has GI 40.

First I have to point out that whole fruits are naturally sweet and packed with vitamins and fiber. They’re the best go-to if you’re craving something sweet! Now, on to available healthier alternatives to added sugar…

1 – Stevia is the leaf of a plant in the daisy family (the same plant family as sunflowers, artichokes, and lettuce) native to South America. It’s commonly known as sweetleaf or sugarleaf for its potent sweetness – up to 30x as sweet as table sugar! Despite this sweetness it contains practically no calories and has a GI of zero.

Not all forms of Stevia are raw, so be sure that you’re purchasing the dried or powered forms of the whole leaf, or a liquid extract, rather than a processed white powder. Some people dislike the aftertaste of stevia; it may be better used in recipes where the taste is moderated, or mixed with other sweeteners, rather than as a straight table sweetener (7). Liquid forms cost 8-10 USD for 2 fluid ounces, or about 250-300 servings; powdered forms are about 5 USD for 100 packets, or 15 USD for a pound of pure leaf powder.

2 – Mesquite Pod Meal is the ground-up pod of a legume. Just like the legumes or beans that can grow in our gardens, mesquite plants enrich the soil with nitrogen. Mesquite plants grow in many locations, but Peru has a sustainable industry based on collecting pods from wild plants. It has a GI of only 25.

It’s a source of protein, as the protein-rich seeds are ground with the pod, and it’s also a source of a variety of nutrients: calcium, magnesium, potassium, iron, zinc, protein, and lysine. With its flour-like consistency and molasses-sweet flavor, it’s a good component for baked recipes. (8)(7)(9) It costs less than 10 USD for a pound of meal.

3 – Yacon Syrup is extracted from a tuber native to Peru. The process of reducing the syrup involves heat, but as long as that temperature is kept lower than 40 C (about 100 F) it still qualifies as raw. It has a negligible GI of 1, as it is glucose-free. Instead, it has a high level of inulin, a complex sugar that breaks down into fructooligosaccharides that can’t be absorbed by the body but stimulate probiotics. It is said to taste like molasses. It is truly raw, organic, natural, low calorie, as well as low-glycemic (10). Unfortunately, it can also be relatively pricey: 8 ounces can run 20-30 USD.

4 – Lucuma is the dehydrated, powdered flesh of a fruit that has been enjoyed in the Andean Valley for centuries. It has a GI of 7 (11), and provides potassium, sodium, calcium, magnesium and phosphorus (12). With its rich maple-like taste, it makes a great addition to smoothies, puddings, and pies (13). It costs about 10 USD for 8 ounces, or about 15 USD for a pound.

5 – Coconut Palm sugar comes from the sap of the coconut palm, collected by tapping in much the same way maple trees are tapped. The difference between coconut/palm syrup and maple syrup’s processing is that coconut syrup is raw (not to mention organic!). Coconut crystals are made through evaporation at low temperatures (13).

Its composition is mostly sucrose, and yet tests have found a GI of 35, possibly because other compounds (eg soluble fiber) prevent quick uptake of the sugar (10). It provides 17 amino acids, minerals, vitamin C, broad-spectrum B vitamins and has a nearly neutral PH, as well as probiotics (14). It has a mild, bright taste. There is also coconut nectar on the market, derived from boiling the blossoms of coconut palms to extract the nectar. While coconut nectar has low GI and health benefits like coconut palm syrup, it is not raw (15). At about 5 USD for 16 ounces, it’s also more affordable than other raw, vegan, low-glycemic sweeteners.

Two Out of Three Ain’t Bad…

Rapadura, aka Sucanat, is unrefined cane sugar. Juice is extracted from sugar cane and then evaporated to make granules. As it’s not heated or refined, it retains the vitamins and minerals present in the original plant and qualifies as a raw food (13). You can identify it visually: it looks rough, like grains of sand, as opposed to the uniform crystals of processed sugars (16). It is not a low-glycemic food; it’s got just about the same amount of glucose as standard table sugar. However, if your concern is sticking to raw foods rather than managing your blood sugar it’s a convenient substitute, as it can be substituted 1:1 in any recipe that calls for standard sugar (17). It also costs more than white table sugar, at about 5 USD a pound – although buying in bulk brings down the price from some retailers, at about 7 USD for 2 pounds.

Dates are a standby, being raw as well as vegan and having a consistency that lends itself well to binding in recipes. They have a very high glycemic index, though, of 103! (18) They are high in fiber, have as much potassium as a banana (a cup of chopped dates would provide about 20% of the recommended daily amount), as well as magnesium and vitamin B6 (19). Date paste is a simple-to-make, raw vegan alternative to honey; here is a recipe:

A note on agave nectar:

Agave nectar used to be promoted as a low-glycemic, healthy sweetener, but disturbing reports have surfaced more recently. Available information is conflicting, as is so often the case with food information, but a few points seem clear. One is that agave syrup is not a raw food. Agave syrup is apparently sometimes sold under the name “agave nectar”; true raw agave nectar is produced at temperatures below 118 °F (48 °C) to protect the natural enzymes (7)(13).

Agave nectar has a GI of 30 (18). However, it contains high levels of fructose instead – yes, like high-fructose corn syrup (20). While fructose ingestion doesn’t spike blood sugar or immediately promote weight gain in the same way that glucose does, it carries its own health risks that are still being studied (21). It’s probably best to stick with sweeteners that are confirmed to be raw and to have healthy aspects – especially with the characters and variety available through trying the sweeteners profiled in this article.