Finding the Healing Balance Within Nature! 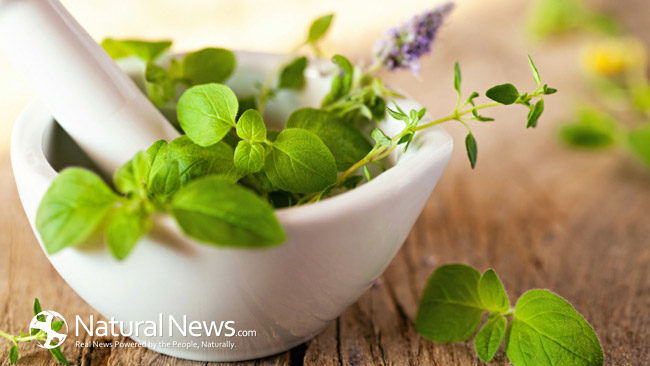 In today’s world of processed foods, that include but are not limited to, artificial colors, preservatives, sweeteners, pesticides, artificial growth hormones, genetically modified organisms(GM​Os) and much more, it’s no wonder that disease and disabilities have become so rampant. More and more people are dying and suffering from preventable and curable diseases that conventional medicine insists on merely “treating.”  The vast majority of the world has banned GMOs, artificial sweeteners, colors, preservatives, or at least requires them to be clearly labeled, because of the serious health risks they pose to human health, not to mention to the environment.

It is a sad truth indeed, that conventional medicine focuses on treating the disease rather than preventing or curing it. What the Pharmaceutical Companies don’t want you to know is that for almost every condition that we can imagine, there is an effective and safe herb, spice, or food, that when consumed can help naturally alleviate the symptoms and possibly even cure the disease entirely. Even if modern medicine has “no cure”, nature often does, you just have to know where to look. It’s always available 24/7.

Pharmaceutical Companies only profit when they manufacture and sell the drug. It would not be in the best interest of their bottom line, if people were to discover, that they could treat or cure themselves naturally. Why? Simply because then you or anyone else could be growing your own medicine at home and not paying the drug companies for their  synthetic compound to “treat you.”

The same reasoning also applies to pharmaceutical researchers who, in most cases, do not thoroughly investigate natural alternatives, as a legitimate route to getting you back on track to better health. If they did, it would cut into the profits they are making on their synthetic compounds. Often the same researchers who are developing a new drug, are also responsible for “proving the effectiveness”  of the new drug to the FDA. It would make more sense in the interest of public health, to instead have an unbiased third-party who does not stand to profit, from the approval of the drug itself. The evaluation for the safety of any new drug is questionable at best, especially when relying on the company manufacturing the drug, to self-regulate and be totally open and honest about all of the side effects. “Phase 2 studies begin if Phase 1 studies don’t reveal unacceptable toxicity. “  This was quoted from The FDA’s Drug Review Process on their website. Anyone can infer from this that there is an acceptable level of toxicity, as far as the FDA is concerned.

Here’s the thing about all Doctors, for the most part. They are teaching what they learned to be true, much like teachers who teach a biased history class but do not realize they are doing it, nor do they intend to. They are not in most cases “bad or dishonest people.” Some may have had the “herd mentality” instilled in them in a subtle way throughout their education. “Don’t challenge the status quo. Don’t be creative. Don’t reinvent the wheel.” There must be extensive proof.” These are probably ideas that they, through their conventional education, have instilled in their own sub-conscience, knowingly or unknowingly. Doctors are on either side of the fence. The big question is, do they hold stock in the pharmaceutical companies? If so, conflict of interest perhaps? There are a lot of good doctors out there, who aren’t anxious to prescribe drugs and who instead would prescribe a healthier lifestyle.  Some ‘Conventional Doctors’ are even willing to work along with you,  giving you their subtle approval on going the natural route. Kind of a don’t ask, don’t tell policy. There is progress being made.

“Even at the dawn of the 21st century, 11% of the 252 drugs considered as basic and essential by the W.H.O. were exclusively of flowering plant origin.”  As Stated by Prof. (Dr.) Ciddi Veeresham in his article, Natural Products Derived from Plants as a Source of Drugs.

Just to give an example of a drug that at one point was a natural medicine, which was later synthesized. Here is the brief History of Aspirin.

This is from a “Pro-Aspirin” website, however the information is valid.

Herbs and spices are still used successfully and have been since the beginning of our creation, to treat and cure disease and injuries. The Earth itself holds the medicine. As human beings we often try to concur nature instead of working in harmony with it. Herbal remedies are just as effective and are in most cases safer than any conventional medicine found today, in regards to possible side effects. They help restore your natural immune system, which is often damaged by contaminants which we come into to contact with daily.

So what is the bottom line for us, the consumer? Restore yourself Naturally with the remedies provided by Mother Earth! Which have forever been hidden in plain sight.

We look forward to guiding you on your journey! Enjoy!

I love Herbalism with a passion! I believe in becoming conscious of all personal habits and their relation to overall health, not just for physical and mental well-being but also for Spiritual Well-Being. I am constantly learning, and love to share and exchange knowledge with others. I love to aid others, in recovering from and preventing disease. I give one on one guidance, about ways to implement Sustainable Balanced and Positive Change into Your Individual Health and Spiritual lifestyle. I am not religious, I am Spiritually driven. I am on a mission to help others, on their journey, as we are all part of one source. I Bring Balance to situations which call for it. I do not rest on my laurels, but neither do I push my beliefs on others. I believe if people are properly informed they will naturally gravitate towards the right choice, as we are currently in a new state of consciousness which is continuously evolving. To Contact me about our team's Services, Email me at [email protected] to find out more about projects involving Mind, Body and Spirit! In the Subject Line Put "Natural Spirit"
Enjoy!