Figs: Dried of all goodness 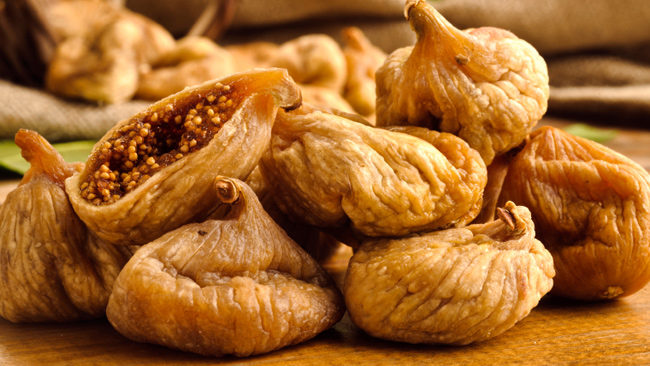 When reading the label on a packet of figs, I remember thinking that these innocent looking pieces of dried fruit are not so innocent after all. When they first came off the tree, they were just figs. Then they were dried and slathered with preservative, sulphides, also known as E220. Figs will inherit a longer shelf life when coated with E220. Is that a good reason to eat sulphur dioxide along with it?

When I was researching the ill-effects of E220, I came across the UK food guide, which warns against the use of this product on the basis that it is a preservative derived from coal tar – sulphur dioxide is produced by the combustion of sulphur or gypsum. It says also that sulphur-based additives are so toxic that the FDA has banned its use on raw produce.

E220 has the dubious reputation of initiating asthma attacks and is hard on the system of those with kidney disease. It is also known to destroy vitamins in your food, notably B1 and E.

When buying any of the following food and drink take a look at the fine print – there is every possibility of you finding sulphur dioxide: beer, soft drinks, wine, juices, dried fruit, cordials, vinegar and potato chips. It is considered positively unsuitable for consumption by children, pregnant and nursing mothers.

Sulphur dioxide is a major air pollutant with serious impacts on the health of humans and other life on the planet. Inhaling sulphur dioxide can result in breathing problems and perhaps premature death. Yet, according to the Center for Science in the Public Interest in the US, it is considered “safe” for human consumption except by certain people who may be sensitive to it. I find that hard to digest.

I don’t know if I am sensitive to it. Should I take a chance and try it out? Would you, knowing that it has a potentially dangerous side effect just in case you happen to be sensitive to it?