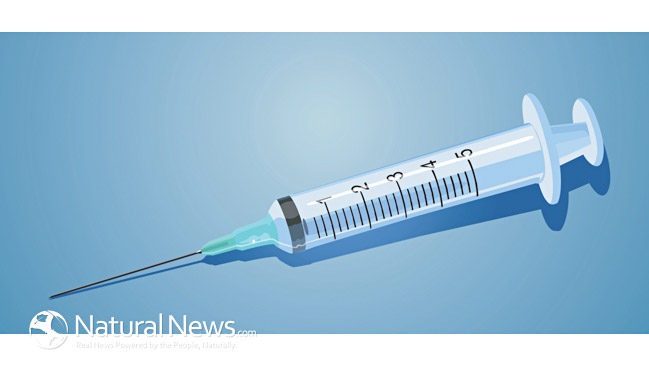 “CDC cannot withstand a public debate. The CDC’s position is so fragile, it’s an edifice of fraud-fraud stacked upon fraud. It’s so high and so wobbly that even a slight breeze of public scrutiny will topple it.”1

Robert Kennedy Junior, the eldest son of former Senator Robert Kennedy, didn’t plan on taking center-stage in the vaccine debate. He was simply doing a favor for a friend who asked him to look into the connection between Autism and mercury in vaccines. However, after intensely studying the scientific literature and speaking with government officials, as well as scientists on both sides of the issue, he realized what he had to do:

“I had a choice of either putting my head down and walking away from it and pretending I didn’t see it or getting involved and taking all the risks of doing that. The forces that [we’re] up against are the forces that have been able to compromise every major institution in our democracy. And, the people who stand up against them get crushed…I’m not going to stand down. I’m going to fight for you and I’m going to fight for your children.”2

to fight for us and our children?

In the documentary Vaccines Revealed, Robert Kennedy Junior provided insight into the corruption that exists in the vaccine industry. According to Kennedy, “CDC is really part of the vaccine industry” because, “CDC buys and sells over $4 billion worth of vaccines annually.” In addition, the FDA and CDC own vaccine patents.1

That means our government has an invested interest in our children receiving vaccines: If demand decreases then the government, particularly the CDC, loses money. Thus, government is incentivized to create demand for vaccines.

Demand has been successfully created through multiple avenues, including: control of the media, control of the vaccine schedule, implementing mandatory vaccinations, acquiring advocates, and providing an easy path to bring vaccines on the market. For instance, vaccines do not typically undergo double-blind placebo-controlled testing, which is the gold standard in science. Instead, according to Kennedy, “some of these products are brought to market with almost no testing whatsoever.”1 Without adequate safety testing, our children are the test subjects; our children are the guinea pigs in a nationwide chemical experiment.

Why the dramatic increase in vaccine doses?

According to Kennedy, the increase is due to several factors, including:

That’s a complicated and controversial question. I recommend doing your own homework and deciding for yourself if vaccines are right for your family. A good place to start is by reading the Simpsonwood transcripts from a meeting that took place on June 7-8, 2000. The transcript was obtained through a freedom of information request.

Link to the full transcript: http://thinktwice.com/simpsonwood.pdf

The purpose of the meeting was to discuss the findings of a study that was conducted by a CDC epidemiologist. He analyzed data from the CDC’s Vaccine Safety Database and found an association between increasing levels of mercury in vaccines and certain neurological issues in children.

Here are a few tidbits from the transcript:5

“There are just a host of neurodevelopmental data that would suggest that we’ve got a serious problem.”

“Thimerosal is in many vaccines…it is cleaved into ethylmercury…there is very limited data on its blood levels. There is no data on its excretions. It is recognized to both cross placenta and the blood-brain barrier. The data on its toxicity…is sparse. It is primarily recognized as a cause of hypersensitivity. Acutely it can cause neurologic and renal toxicity…”

“There was recognition that the cumulative exposure [to mercury] that children receive from vaccination may actually exceed at least one of the guidelines that is recommended, that of the EPA.”

“…in relation to aluminum [in vaccines], being a nephrologist for a long time, the potential for aluminum and central nervous system toxicity was well established by dialysis data. To think there isn’t some possible problem here is unreal.”

According to Kennedy, CDC emails obtained through a freedom of information request show that the agency tried to manipulate the data in an attempt to hide the findings, but the association persisted.1

Why aren’t more media outlets reporting on this corruption?

“The press has been compromised,” declared Kennedy. A lot of money flows from the pharmaceutical industry to news outlets. During a non-election year, roughly 70% of advertising revenue at a major TV network can come from pharmaceutical companies, according to Kennedy.1

To fight back against the corruption, Kennedy has launched The World Mercury Project (WorldMercuryProject.org), which is dedicated to exposing the corruption in both government and industry, as well as getting mercury removed from vaccines.

Kennedy has embarked on an epic battle that is on the scale of David and Goliath:

What can you do?

According to Kennedy, “What we need is sunlight. If you put a little sunlight on the controversy, the whole thing is going to fall apart.”1

And, “We the People” are the ones who can provide that sunlight:

“We will win this…I know how to fight them because I’ve spent a lifetime fighting big-shots and fighting bullies. And, that’s who they are. That’s whom we are dealing with today-people who have the arrogance of power. People who believe they can get away with anything, including destroying the lives of our children. I’m not going to let them do that.”2