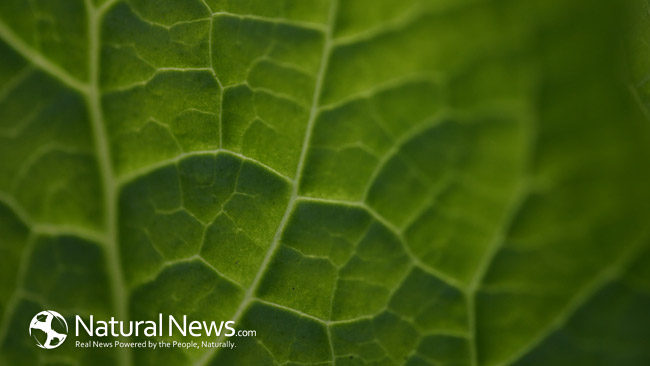 Fibromyalgia and kratom —  that herb Southeast Asian laborers have been using for centuries to ease muscle aches and pains, give them energy and brighten their mood —  might well have been made for each other.

But then, anywhere there is pain involved and allopathic medicine doesn’t rightly know what causes it, is a likely place to find kratom being used.

Fibro, as it is called by those who know it well, is one of those traumatic 21st Century syndromes of heightened sensitivity, caused by an auto accident, surgery, a stressful personal incident, or who-knows-what. One thing about it is certain: it hurts non-stop.  All over!

An interesting side-note is the condition known as fluoroquinolone toxicity, which is caused by doctors prescribing a very toxic antibiotic to their patients, and is often misdiagnosed as fibromyalgia. Both respond very well to kratom.

The Mayo Clinic’s Web site lists “infections” as one of the possible causes of fibromyalgia, but it might be more accurate to say that some antibiotic treatments are the cause, not the infection itself.

There seem to be a lot of refugees from medical doctors’ trial-and-error method of treating symptoms, coming over to the kratom side of the fence these days.

Naturopathic doctors have a clear idea of what causes fibromyalgia and what to do about it, but many who have been living with pain and drugs for years are more eager for relief than they are for drug-free treatments that might take months to work.

Many brave fibromyalgia patients want to try kratom, to see if it will work for them. It usually does.

Holding many more back may be the fear that kratom will conflict with their medications, which don’t seem to be doing much good, anyway. (Or the trumped up fear that they will become addicted to kratom. We’ll deal with that myth in a future article.)

Then there is the fear of, “What will my doctor say?” — and, if they find kratom is working for them, patients are worried that their doctor may report this to the FDA, which they fear may lead to a ban on kratom importation.

When we delve into the history, the science, and the business model of modern pharmaceutical-driven allopathic medicine, many of these fears and doubts can be put to rest.

To summarize how one school of medicine became to be the preeminent one, and the one that gets insurance funding, Medicare/Medicaid reimbursements, and government recognition as a legal monopoly, we can simply say the Rockefeller and Carnegie foundations, built on oil and steel money, bought the privilege of making pharmaceutical drugs the primary way that disease would be treated. They did this to ensure a market for their pharmaceutical drug business interests.

I have been watching the field of medicine for more than 55 years. I can recall when fibromyalgia and Chronic Fatigue Syndrome were considered by doctors to be “all a figment of your imagination”, sort of a neurosis, a weakness of character.

I now believe my mother might have had fibromyalgia, which our family doctor did his best to try to ease the pain and depression she felt with (what else?) a wide variety of drugs. One line of treatment they tried was based on the possibility that she might have had Parkinson’s Disease, although I saw none of the usual signs of that condition.

The damage she suffered to her body and mind, which I blame largely on the continual trying of this drug and that, led to a disinterest in healthy nutrition, a series of mini-strokes, a broken hip, and her finally not knowing who I was.

Fibromyalgia and Kratom Are Not Compatible With the Pharmaceutical Paradigm of Medicine, But They Often Work

Fast forward to the present, where I have discovered many answers to why there is so much pain , failure, and expense when we have any interaction with the doctors and hospitals. I have grown in my understanding of how the game works.

I have learned why so many of us are so sick, so tired, and so broke — and why the pharmaceutical industry is so wealthy.

Many Americans have come to understand how money drives the profession of medicine. They trust their doctor when he or she says, “We don’t know the cure for fibromyalgia,” for example.

What if I told you the cure for fibromyalgia and many other conditions we share with animals were found decades ago? The pharmaceutical industry, which makes the medicines and trains the doctors, prefers to treat the symptoms of disease, rather than produce a cure.

So, technically, your doctor can say there is no cure for fibro. But this is only because the pharmaceutical industry has set up such an expensive process to produce any new drug that it would not be worth their while to spend $4 Billion dollars on producing a cure, the ingredients of which might cost only $30 a month for the patient — and could be bought online without a prescription.

Few people — not even most medical doctors — have read the medical literature that tells of finding one mineral that stand between any fibromyalgia sufferer and health. If the pharmaceutical industry chooses not to turn this knowledge into a beneficial product, that’s their business.

And, of course, medical doctors have been taught to poo-poo the idea that vitamins or minerals could produce any benefits at all.

The lack of factual nutritional information coming from a trusted source like our medical doctors and public health officials has cost more Americans their lives than all the wars in our country’s history — and it is because the pharmaceutical industry is a rabidly for-profit business, which hides behind the friendly face of our medical service provider(who has been taught nothing about nutrition and far too much about drugs).

So, since we are only being treated for the symptoms of our fibromyalgia — even though, at some level in Big Pharma, a cure is known — after a while many patients become seriously drug-dependent. Often the drugs stop working altogether and/or our physician cuts us off of our prescriptions and patients are driven to the streets to find something for the double pains of withdrawal and the fibromyalgia, which remains uncured.

Let’s hope that kratom is waiting for those who need it.

Why would a for-profit business, such as the pharmaceutical industry,  not spend money looking for a cure?

Number One Reason: It is more profitable by far to treat multiple symptoms endlessly, than it is to cure a disease and be done with it.

Number Two Reason: Most cures are simple vitamin and mineral deficiencies, so this explains why the poor tend to be sicker than the rich who have access to a better-quality diet and often various forms of supplements, more relaxation, less financial stress.

Number Three Reason: Because the victim (er, I mean patient) is in such pain — and because the FDA, AMA, and the Federal government are willing to buy off on the fallacy that there is no cure (even though the veterinary profession has known for years how to treat, prevent, and reverse the same symptoms that occur in animals), medical doctors can use the Medicare/Medicaid system like their personal ATM machine, charging outrageous prices for their symptomatic, physically-destructive remedies to relieve the immediate pain.

It is a brilliantly constructed and executed scheme to suck the hard-earned money out of the pockets of sick, pained Americans, the majority of whom are women.

One-sixth of the huge U.S. economy is owned by the medical/pharmaceutical cartel, which can’t even tell us why we have heartburn or restless legs at night, but they sure have a lot of (usually addictive) drugs to help us manage the symptoms!

Never curing people, but keeping them coming back for more (addicted) is a lucrative, but cruel, business plan of the pharmaceutical industry and their sales force, the medical doctors. If anyone of this group gets out of line and tries recommending something creative, they may lose their license — all the expense of their training in Medical School will be wasted. And they will be blackballed and labeled a quack, charlatan, or snake-oil salesman or -woman.

Until we experience a renaissance in medical practice in the United States, it will be impossible to legally discuss any potential treatments or ways to reverse fibromyalgia. Let us hope that day comes soon — there are many people hurting needlessly.

Nevertheless…Fibromyalgia and kratom are a marriage made in heaven, despite what the fear-mongers say.