Fibromyalgia: Are Your Amalgam Fillings The Cause? 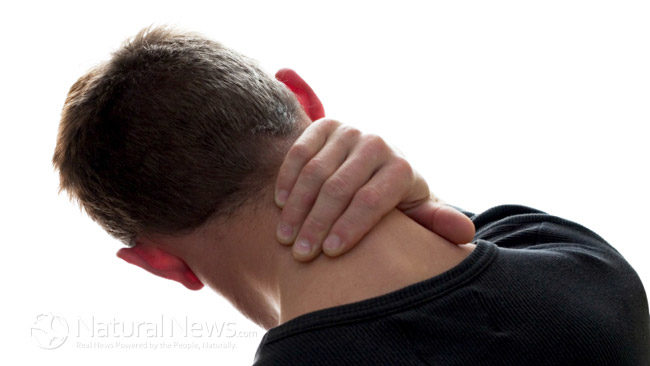 Not long ago, Jackie, a 50 year old woman, was referred to me having been diagnosed with fibromyalgia; a long-term disorder of the nervous system. Over the years, Jackie had visited various doctors and specialists as she tried, and failed, to find some relief. It was only for the shrewd thinking of her chiropractor that she arrived in my surgery and ultimately found her cure.

I am a holistic dentist.

What is a Holistic dentist?

A holistic dentist differs from a regular dentist in one fundamental way. A holistic dentist works with the ethos that a patient’s mouth does not exist in a vacuum. Treatments and materials in the oral cavity can influence not just oral health but the health of the whole body.

Fibromyalgia is a disease shrouded in mystery and goes misdiagnosed for many sufferers, often for decades. The exact cause and cure are unknown. However, studies have shown that for many, including patients of my own, the cause (and the cure) lies in their teeth, specifically, the silver fillings in their teeth.

A diagnosis of fibromyalgia is established when chronic widespread pain over a period of at least three months and tenderness in 11 of 18 predetermined points on the body is present (Wolfe et al, 1990).

However, the reality of fibromyalgia symptoms goes far beyond that. As well as chronic pain, these symptoms include fatigue, depression, headaches, irritable bowel syndrome, reduced physical function, cognitive impairment and sleep disorders.

Amalgam fillings as a cause of fibromyalgia

While there is no definitive explanation as to what causes or cures fibromyalgia, studies have shown strong links between amalgam or ‘silver’ fillings and the disease. Over my 20 years as a holistic dentist, I have treated many fibromyalgia patients who experienced relief and complete eradication of their symptoms following the removal of their amalgam fillings.

Amalgam or ‘silver’ fillings are made up of 50% mercury. This is the same mercury which is listed third on the Agency for Toxic Substances & Disease Registry’s (ATSDR) Priority List of Hazardous Substances. It is behind only arsenic and lead.  Mercury is a highly dangerous neurotoxin, and the only one that is permanently placed in people’s bodies. Shockingly, Norway, Sweden and Denmark are the only countries to have banned the use of mercury in dental patients’ mouths.

Can removing amalgam fillings be the cure?

There is a growing body of evidence that mercury poisoning from amalgam fillings is a major culprit in triggering fibromyalgia (Stejkal et al, 2013; Hedberg, 2009; Kotter et al, 1995). The removal of these fillings and cleansing the body of mercury has also been shown to cure the illness. Hedberg (2009) produced a case study of a woman diagnosed with fibromyalgia who suffered symptoms including chronic widespread muscle pain, insomnia, fatigue, depression, digestive problems, impaired mental function and blurry vision for a period of 35 years.

This woman achieved complete symptom resolution following the removal of her amalgam fillings, and cleansing the mercury from her system through DMSA oral chelation, a detoxification program, antioxidant supplementation and dietary modification.

How I treated Jackie

In my own surgery, I saw a Jackie who had been diagnosed with fibromyalgia. She had spent years battling chronic pain and stiffness in her head, neck and shoulders. Following the best protocols, as outlined by the International Academy of Oral Medicine and Toxicity (IAOMT), I safely removed all the amalgam fillings that had been placed in the right hand side of her mouth.

When I later reviewed this patient, we were both delighted that all of that pain and stiffness around her head, neck and shoulders had disappeared on her right side. However, this pain persisted on the left hand side – where amalgam fillings remained.

The explanation of this result, which I expect will be the same on the left side once these fillings are removed also, is a combination of new events in her body;

Jackie’s body can now start to detox from the heavy metal and her body and brain can now reconfigure or reprogram itself once the impediments are fully removed.

The removal of amalgam fillings is just the first step

The removal of amalgam fillings is a crucial first step in curing a wide range of amalgam related illnesses, not just fibromyalgia. However, it’s often just the beginning of a longer journey which involves cleansing the body of mercury that has already poisoned the system.

Chelation is the use of a special substance to bind metal molecules tightly so that they can be removed from the body. There are various methods of chelation therapy. The Cutler protocol is one such method. It is an intensive method which involves taking a dose of DMSA (Dimercaptosuccinic acid) every 4 hours, 3 days on, 3 days off.

A specific diet is often advised for those in the process of cleansing the body of mercury. Foods that are rich in methionine help the process of mercury chelation and excretion from the body. This type of diet was used in Hedberg’s 2009 case study, where the woman followed a methionine rich diet to help with her detox, with emphasis on beans, eggs, onions, garlic, cottage cheese, lentils, yogurt, fish, and meat.

Chronic pain or illness is one of the most difficult things we can face in life. It can be a lonely and hopeless period. However, if you are suffering and heavy metal poisoning is something you haven’t yet explored, I recommend making an appointment with a holistic health specialist and getting tested. It could provide the answers you’ve been looking for.

Dr John Murphy qualified as a medical doctor from UCD in 1982 and practices conventional and complimentary medicine in a holistic dental practice. He graduated from Trinity College Dublin in 1988. He has extensive experience with cosmetic, holistic, sedation and orthodontic dentistry and has featured on the TV3 series ‘Inside and Out’ about changing people from within. He practices mercury-safe dentistry as opposed to ‘mercury-free’. He has very strong opinions on mercury toxicity and he has not placed amalgam fillings in over 20 years. At least 80% of all illnesses / diseases have an oral cavity dimension.