Fear,I’m afraid you are the only friend I have got 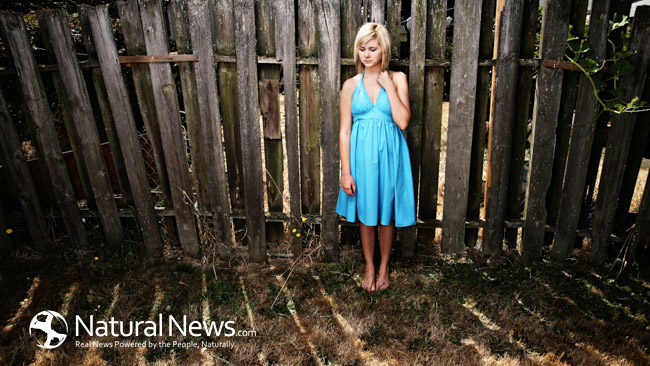 Fear,I’m afraid you are the only friend I have got

Every living being has some level of “survival instinct”, specially “human beings”; this means each of us likes to live and would do just about anything to stay alive. If we want to summarize the human response to a life threatening situation, we could say it’s “Fight or Flight”; meaning whenever we encounter a threat we would either Fight or Run.

This common feature makes us predictable so those of us who want to rule exploit this internal survival mechanism and that’s what’s happening right now. For instance, if I tell you “there is a terrorist group backed by foreign countries trying to detonate a nuclear bomb in our country, I don’t know when or where but I’m sure it’s going to happen”, what would you do?

Well, IF you believe me, depending on your personality and your current situation, you might FIGHT or RUN. IF I’m the government of the United States and you are a common citizen, you would most likely believe me and based on the scary situation you are in, you would either FIGHT; join the army and go wherever I tell you to so you could fight the evil terrorists who want to kill you and your loved ones or RUN; in this case you probably can’t run physically out of the country because there are people here which you care about and then there’s the matter of your job and your home, so instead of RUNNING AWAY, you would RUN TO the government and that means you would willingly accept whatever they describe as NECESSARY FOR YOUR SAFETY, they would take away your freedom, your basic human rights, your constitutional rights and whatever else they want and they would even charge you for that and you wouldn’t even protest, why? BECAUSE YOU ARE SCARED…

You know what happened after 9/11? We got scared and that fear drove us to do things we would never do otherwise, we RAN to the government and accepted that it’s ok that the some people from government come to our houses, search without a warrant even without the home owner being present, arrest anyone they consider a suspect, detain them without any charges and hold them for an unlimited period of time, all of that is legal if the government says “this person is suspected to be involved in terrorist activities”, I’m not even going to talk about the torture and enhanced interrogation techniques they are going to use.

Our government is doing things even dictators wouldn’t do freely without any consequences, but it’s completely legal in the United States because we think if we don’t let our government do such things we would be in danger, but really, do we ever think what would happen if someone in the government decides to abuse the power we granted them? What if they get it wrong and arrest me or my family based on bad information or human error or anything? What then? How could any of us feel SAFE?

On the other hand, those of us who felt the need to protect their country, their home and their loved ones went on to fight the bad guys, they accepted whatever lies and half truths our government told, packed their bags and enlisted to go to Afghanistan, Pakistan, Iraq or wherever they were told the American freedom depended on their presence there. we even simply accepted to include Iran to be in the so-called “Axis of Evil”, where facts say this country has never attacked any other countries for the last 250 years where we were engaged in a number of atrocities and brutalities against other nations in the name of Democracy. These wars made many military contractors, arms dealers and weapons manufacturers rich but did they make it any safer back here at home? Other than creating terrorist organizations like ISIS or AL-Shabab or Buku Haram which all hate Americans, what did they accomplish? And let me ask you this, how could we justify killing a lot of Afghans because they have the same nationality as the alleged terrorists who attacked us back in 9/11? If an English citizen kills an American or an Irish extremist group blows up a building in America, should we start a war with England or Ireland? Does it make any sense?

Even if the 9/11 story was true, which is absolutely not (to my knowledge), it does not justify the wars we started and the people we killed. If we realize how wrong this is, we would understand “the only reason we got fooled like this is because we are scared”.

To my friend Simon Grand