The Fear of Knowing 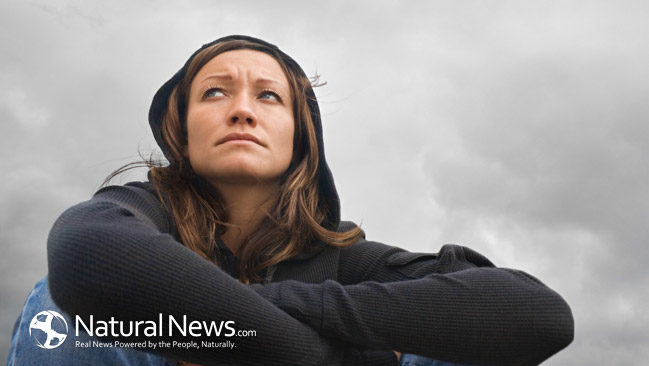 I once wrote an article about conquering fear of the unknown.  But I’ve recently come to understand that many people have a fear of knowing.  This is a strange concept for me, as I have always had a desire to know the truth about everything that may affect me.

Fear of knowing the truth can apply to religion, organizations, industries, social structures, individuals, science, history, family history, disease, death, corruption, etc.  Is there anything that you are afraid to learn or would rather not know about?

Most people are especially fearful of veering outside of their religion into another or even into new thoughts that contradict some of their current beliefs, apparently due to their religious teachings and their fear of being tempted into the “wrong” belief system.  For me, even where I don’t think I will buy into a particular belief system, I have found various religious teachings and their sources quite fascinating.  I mostly enjoy where science and history reveal and explain to us mystical teachings of any faith, or which is beyond any current understanding.  I also enjoy piecing together various religious and esoteric concepts and discovering how they actually fit together and come alive when combined, where they were lacking as individual sources.  I have discovered that embracing religious diversity has just as much benefit as embracing diversity in terms of race, region, sexual orientation, etc.  If you shut anyone or any new concept out, you disempower yourself.  You lose information that could have served you.  Any change in perception is growth, no matter what the truth is.  And new information tends to alter perceptions.

I love new information.  Information is light.  Information is knowledge.  Information brings us out of the shadows…out of the dark.  Darkness hides information.  It reveals partial truths.  It is manipulative and deceptive.  It scares us from reaching past our chosen limits and discovering what we have always wanted to know.  Many people are still in this dark place…in fear of knowing…in fear of losing whatever sources they have grown to become dependent upon…longing to continue their taught beliefs and refusing to expand upon them where they are unclear…in fear of discovering historic evidence or scientific advancements that might suggest their beliefs are inaccurate…in fear of finding out that what they have come to accept as their reality and their truth isn’t exactly as they imagined.

How can this be?  Why would people not want to know the truth if it might be a little outside of their current understanding?  Why would anyone want to stay in the dark?

Aside from the scare-tactics of religious organizations that are afraid of losing their followers (not to discredit their specific beliefs); many people…perhaps a majority of them, have completely identified themselves with their beliefs (religious or otherwise).  If a man has identified himself with any particular belief, and then he discovers the belief to be inaccurate; in his mind, he has lost his very identity.  Imagine if everything you thought you understood…the foundation of your very existence…anything that you have based your entire life, morals, decisions, practices and way of being upon…all vanished due to the new understanding of a misconception.  It completely changes who you are, doesn’t it?  It takes you out of your comfort zone.  Yet, what are the chances that all of your beliefs are accurate?  Probably a very tiny fraction above zero percent.  Also, one single belief change is generally not as drastic as I just described.  There are some teachings that point out that the key to knowing is to recognize that you don’t know.  I personally suggest being open-minded, willing to learn, and ready to adapt.  The choice of limitation is always based on fear, and I’m pretty sure that is against all religious teachings, including those who seem to fuel it.

If you find that some new information upsets you, then acknowledge that you have found a personal flaw.  If you are reacting in a negative way, then you are either consciously or subconsciously deciding that the information and the facts behind it have no right to exist.  This is either creating or bringing up a personal block within you.  Resistance doesn’t change anything.  It merely separates you further from the core of your being.  Peace comes when you accept all that is.

Since my current goal in life is to personally release, and teach others how to release, subconscious fear-based emotions in order to advance physically, mentally and spiritually; I feel that I need to point out this fear of knowing.  Most people who are in this place probably don’t even realize it.  Any issue that a person has had ever since they can remember is always difficult to see as an issue.  Sometimes it needs to be pointed out bluntly.

Information has no limits, and it has no threats.  If you want to expand yourself…to become more than you currently feel that you are, then choose to know.