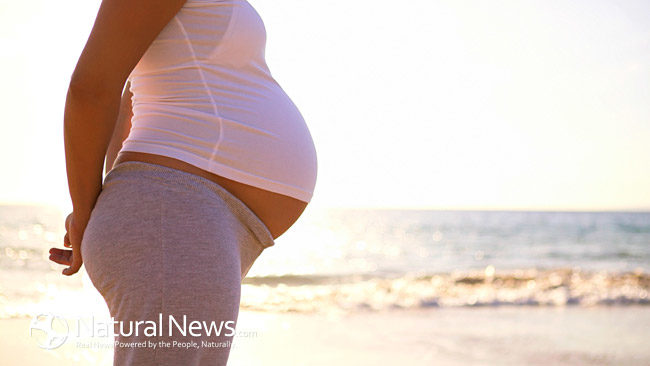 A new public awareness initiative has brought together more than one hundred doctors, scientific experts and non-profit organizations from around the world to collectively express their grave concern about the risks that wireless radiation exposures pose to pregnancy. The Baby Safe Project, the brainchild of two non-profit organizations, is essentially an awareness movement for pregnant mothers to keep cell phones away from their wombs.

Patricia Wood, Executive Director of Grassroots Environmental Education and co-creator of the BabySafe Project says, “The wireless world may be convenient, but it’s not without risks.” She goes on to explain that “when more than one hundred of the world’s leading medical doctors and researchers on wireless radiation say we have enough evidence for women to take protective action, we think women should know about it.”

Together more than one hundred signatories have signed a joint statement, which sets out these objectives:

Over twenty years ago, a review of the scientific literature on wireless radiofrequency radiation conducted by the U. S. Air Force Materiel Command (Bolen 1994) concluded that “behavior may be the most sensitive biological component to RF/Microwave radiation.” In 1995 Scientists at the University of Washington demonstrated DNA breaks in brain cells of rats resulting from exposure to microwave radiation. In 2007 researchers at the University of Kentucky were able to show how exposure to wireless radiation can damage or even destroy brain cells. Other animal studies have shown a link between the wireless exposures and impaired learning, damage to those parts of the brain involved in memory and learning and spinal cord damage

In 2008 UCLA researchers studied 13,000 mothers and children and found that prenatal exposure to cell phones was associated with a higher risk for behavioral problems and hyperactivity in children.

More recently researchers at Yale University have found that the brains of laboratory mice exposed to radiation of the type emitted by cell phones and wireless devices in utero were ‘wired’ differently from those of the mice who were not exposed. Behavioral differences that include poorer memory and symptoms that resemble ADHD in children were observed.

How to reduce your wireless exposure

There are many simple ways you can reduce your exposure to wireless radiation. The authors of the BabysSafe project suggest 10 tips to reduce your wireless exposures:

There are now many different sources of wireless exposures in our homes and workplaces. There are so many things you can work out intuitively but its only when you actually take readings with an EMF meter that you fully understand the ubiquitous nature of our exposures. An important first step in dealing with your wireless exposures is to take readings with a radio frequency meter. This is quite simple and inexpensive to do.

Dr Devra Davis, author of ‘Disconnect: The Truth about Cell Phone Radiation’ and founder of The Environmental Health Trust says “the womb in its last months of pregnancy is affected by radiation the most. The spinal cord of the baby is affected. In men, moreover, Cleveland Clinic studies have shown that the sperm count levels decrease with increased radiation. Babies also have thin skulls and are more vulnerable to radiation.”

Dr. Aviva Romm, who is also one of the doctors who signed the warning, says “the fetus is exposed at a much higher level than adults because they’re so small.” She explains that “they’re laying down the architecture for their entire nervous system. Anything that affects it during fetal development can have implications.”

Keep in mind that proximity is usually the most important factor in determining the amount of wireless radiation to which you are exposed. The more distance pregnant mothers can put between themselves and wireless devices the better.

Lloyd Burrell is the founder of http://www.electricsense.com/. Since falling prey to a violent reaction to his cell phone in 2002 Lloyd has spent more than 10 years researching the effects of electromagnetic fields (EMFs) on health. He is the author of an eBook entitled "How To Beat Electrical Sensitivity" which offers a solution to the growing number of people whose health is being compromised by exposure to wireless and similar technologies.