Experts Advise the Safest Fish to Eat, Compared to the Most Contaminated Fish on the Market 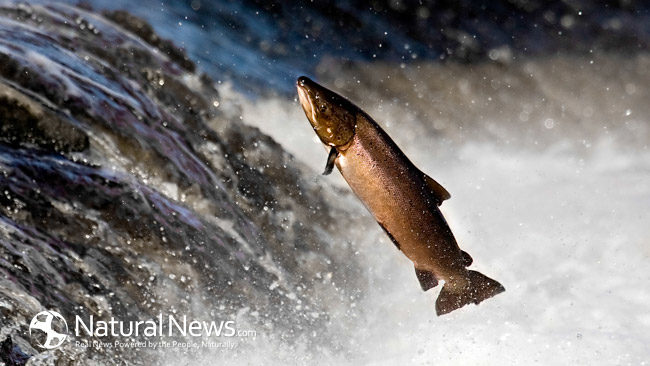 Fish is a food with many misconceptions.  In the past, this food was a fantastic source of nutrition — but times have changed.

According to a number of environmental experts, organizations, and groups, there are still a few types of fish that are safe to eat.  Unfortunately, there are quite a few contaminated fish on the market today, as well.

Years ago, fish was a great source of omega-3 fatty acids, healthy monounsaturated fats, and protein.  But today, they are packed with unsafe levels of radiation and mercury, because of the Fukushima power plant meltdown and the poisoning of our environment.

Nowadays, every fish on earth has some level of mercury.  Some have much higher levels than others do.  Here are what some experts say are the fish to avoid — and the best to eat.

Avoid eating these, or eat them in very small quantities.  If you’re an expectant mother — avoid these fish entirely.

When it comes to the safest fish to eat, keep in mind “smaller is better.”  As a rule, the smaller ones, like sardines, scallops, and anchovies, are lower in mercury than the larger species like swordfish and tuna.

Stick to a few types that are low in mercury.

The number one cause of mercury exposure in the United States is eating contaminated fish.  Mercury spews out into the air from coal-burning power plants and factories. That pollution can travel halfway around the world and then settle into lakes, rivers, and oceans.

Mercury is eventually absorbed or ingested by smaller organisms and then it starts working its way up the food chain.  Each step up the food chain, the mercury concentration rises. Big predatory fish — like tuna or sharks — can have especially high concentrations of mercury in their bodies.

“You can’t see, smell, or taste mercury contamination in fish. Cooking has no effect on it, and you can’t avoid it by cutting off the skin or other parts of the fish. “

You don’t need to eliminate fish altogether to avoid mercury exposure. When it comes to avoiding mercury, the NRDC provides The Smart Seafood Buying Guide to help you figure out which fish are safer to eat.