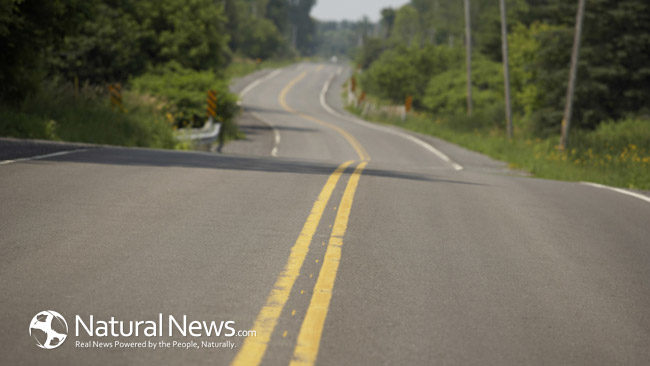 Two men, a couple of motorcycles and thousands of miles of rugged road stretching before them – definitely the ultimate guys’ adventure.

Recently, in our house, we decided to re-watch The Long Way Round, a documentary that chronicles the trip of a lifetime of good buddies and actors Ewan McGregor and Charley Boorman as they ride their motorcycles from London, England to New York – the Long Way Round.

The route has them travelling through Easter Europe, Russia, Kazakhstan, Mongolia and Siberia, camping and riding over a three month period as they make their way towards North America and finally New York City.

The choice to watch the show again was an easy one for us. Peter is an avid biker and up until recently has always owned a motorcycle from the time he was a teen so I knew it had its own draw for him. I’ve been a passenger on a good number of great rides with him and I love a good adventure so I was interested in watching again as well.

But what struck me most this time around was what a perfect example these two men were of how living a heart-centered life can make you more of a man in many ways you never thought possible.

As I watched each episode, I noticed how authentic Ewan and Charley were as they talked openly about what it meant to them to take this amazing trip and how it would affect their families to be separated from them for such a long period of time.

Or how genuinely interested they were in each place they visited, the culture, the people and the landscape. I was inspired by the kindness they expressed to everyone from the guys on their crew to the people they met on their travels. How people were drawn to them and were more than happy to help these two strangers who had ventured onto their homeland.

I was blown away by their perseverance when they travelled through the wasteland of Siberia and the Road of Bones with its washed out roads. Instead of taking it by force and pushing against the landscape, they exhibited the utmost respect for the roads and the people that toiled on them as they worked together with the terrain and weather patient and enduring even when they were covering as little as 3 miles in as many hours.

But I was most impressed at how honest they were about the feelings they had on a day to day basis related to the experience itself or how it was affecting them. And the non-threatening way they resolved any conflict or defeat that arose.

When the show was over, I felt almost as proud, exhilarated and even sad as Ewan and Charley themselves felt. But I also had a great feeling of warmth towards them for allowing me and the many others who have watched the show over the years to see through their eyes this very personal experience. And I was very aware of how beautifully they showed the world that heart-centered men they truly were while having a truly masculine experience.

And that’s what living a heart-centered life is all about gentlemen!

With love and kindness

Bettina Goodwin is a Life Coach and Reiki Master who teaches heart-centered living to the modern urban man. Through her 8 week program she helps men understand the concepts of living in the moment with more meaning and to practice these concepts in their every day lives. You can find more information about her programs for men at www.thewisemansway.com