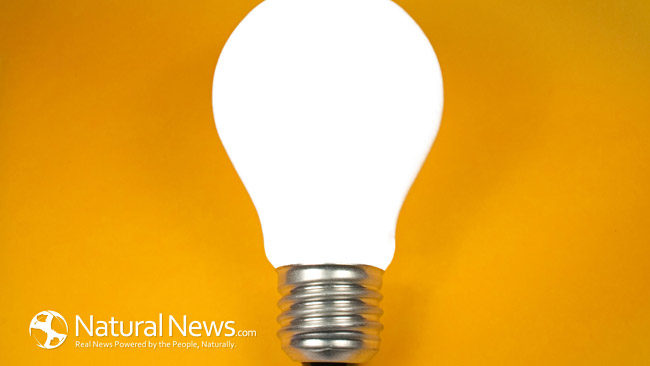 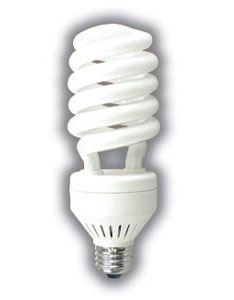 You just dropped one of those compact energy saving fluorescent light bulbs and it broke upon hitting the floor. They contain mercury and some yell open all the windows and evacuate the house or at least the room.  Do you know the FACTS or just the MYTHS about energy-saving light bulbs?

Through the years we have received numerous phone calls and emails about concerns with energy saving light bulbs. Today due to the lack of proper information, many people are concerned with these bulbs containing Mercury:

So I would like to provide some important additions to the facts and myths about compact energy saving fluorescent light bulbs. With compact energy saving fluorescent light bulbs, yes they must be recycled because now many are using them. We cannot allow large amounts of mercury to be “dumped” because this will create a gateway for mercury to get into our drinking water tables. 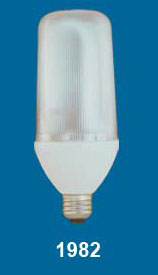 Now since these bulbs were actually available in 1982, but only became readily available in stores after North American Phillip’s patents ran out almost twenty years later, recycle laws finally came about because of the increase of these bulbs sold.With recycling, the solid plastic housing of these bulbs is opened and the double glass sealed envelope with mercury (far less mercury than the original bulbs of the 1980s) is removed for proper disposal. So with this design, EPA and other organization will error on the side of caution when they suggest how to deal with a broken bulb. In fact, research demonstrates that these bulbs do require careful handling and disposal, the hazard does not warrant evacuating the house or even the room. If this was true, the government would require Warning Labels on the light bulb boxes.

In 2008 the scientific journal Environmental Health Perspectives, stated these bulbs contain 3 to 5 milligrams of mercury, about one-hundredth of the mercury in old thermostats that are still inside thousands of homes in America.

Old Thermostats Contain Mercury
Research also states that only a small residue of mercury would be released when a bulb breaks. This study was completed in 2011 and cited in the journal Environmental Engineering Science. Only 0.04 to 0.7 milligrams of mercury would exit the bulb when broken and it would take weeks for a dangerous amount of mercury to leak out. Thus, an attentive and safe clean up will suffice. We are at greater risk of cutting ourselves with the broken glass or for a few people, have some temporary irritation to the smell of epoxy residue omitted by the cheaper “cut-corners” bulbs. Either way, both issues will render a room evacuation unnecessary. For broken bulbs, just put on rubber gloves and place the broken bulb into a Zip-Lock plastic bag and then bring it to Home Depot or Lowe’s for free recycling. For any smells being omitted, return the bulb for a better made bulb from a different manufacturer. I’m still using Phillip’s energy saving bulbs since 1983, some have yet to burn out and still saving oil for America.

As for the good old fashioned light bulbs, they were never good, only old. A least 90% of the energy consumed to operate them creates heat and only 10% provides light. They are the most inefficient item designed by humankind. The difference between bulbs is significant and stated in numerous studies since 1988. A more recent study by California’s Energy Commission talks about California households replacing five incandescent bulbs with compact energy saving fluorescent light bulbs to save 6.18 billion Kilowatt-hours that will prevent the release of 2.26 million tons of heat-trapping carbon dioxide. Translation: Equivalent to removing 414,000 cars off the road.
So don’t be misinformed, incandescent bulbs should have been removed from the market a long time ago. I point out how all technology had changed except for the highly profitable incandescent light bulb by looking at a person’s new 2014 laptop under a light bulb design in 1928. America was and is better than that, we just have to put people and our environment before profits. In addition, compact energy saving fluorescent light bulbs reduce the amount of mercury emitted into our atmosphere by coal-burning power plants which is the largest source of mercury pollution on our planet. Then there is mercury still being used in tooth fillings!

Most of the exaggerated myths on compact energy saving fluorescent light bulbs comes from the manufacturers, who twenty years ago didn’t and couldn’t (due to patents) make energy saving bulbs to compete with North American Philips. Now that they are also making these bulbs, the myths have come back to bite them.
Another point toward glutting profit margins… Some friends in the light bulb industry told me that the cost was only 7 pennies from raw material to supermarket shelf to make an incandescent light bulb. This is a bulb that sells for 75 cents when on sale and burns out in three months when on 12 hours a day. That is what you call built in repeat business at the cost of our environment and health.Bill Lauto, GTG
www.GoingTrueGreen.com
Bill Lauto