Engaging In the Christmas Lie 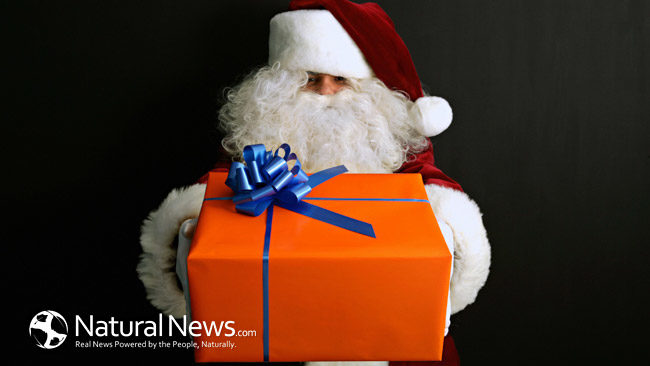 The reason I believed in Santa Claus for as long as I did as a child was because of something unusual that happened one Christmas.  A piece of my toy was missing, and my father “found” it in the fireplace.  Put another way, the real reason I believed in the Christmas deception for so long was because I could have never believed that my parents, of all people, would have told me a lie.  The day I knew the truth, I lost some respect for them.  They clearly did not live up to my authentic standards.

I was also very disheartened to discover that such a mass deception existed throughout society.  How could so many people believe this was OK?  How could so many parents tell a fib to their children, claiming it as fact, and not feel any kind of guilt?

The wrongness of this was so clear with my innocent eyes.  I suppose like everyone else, time and repetition has made me immune.  I can only guess that people find this acceptable because they trust the opinions of the masses more than that of their own conscience.  Although this particular scenario is minor, if my assumption is correct, this is a much bigger deal than it appears.  This way of thinking has led to group evil and accepted mass murder.  Everything begins with belief, and many of the problems in this world are a result of people mentally placing responsibility with those they believe probably know best; and thus, declaring themselves innocent of their own choices.

Contrary to popular belief, a white lie is still a lie, and a very poor excuse for one.  It is one thing to word things in a way that will be less hurtful, but the truth combined with a little pain is ALWAYS better than any lie.  (That is, except in extremely rare circumstances, such as when a person is mentally incapable of responding to the truth without causing harm.)

I suppose this experience should have better prepared me for the deceptive world in which I was born into…a world in which advanced science is suppressed, history is altered, news media legally passes false facts as truth, wars are created from greed and mass deception, food and medicine are poisonous, and people are forced to work longer hours for less money and still persuaded to believe they are free.

Did you know it is almost certain that Jesus was not born in the winter months?  Instead, Christmas was placed on a pagan holiday in order to persuade the pagan Romans to convert to Christianity.  Did you know that Macy’s started the idea that everyone should buy their kids presents for Christmas?  It is amazing how traditions get started, and also how attached people become to them.

Perhaps some parents buy into the Christmas lie because they want their children to have that innocent belief in magic and miracles.  But doesn’t a tale about magic discredit the actual experiences that occur in life that are beyond our known understanding of physics?  Such experiences might include synchronicity’s, paranormal activity, manifestations, angelic intervention, and the miracles performed by Jesus that he told us we have the ability to repeat.  Do we really want children to believe false miracles they will soon discover were never real, at the expense of truth, trust, hope, and faith in unlimited possibilities?

If we are going to advance as a society, isn’t it time that parents stop lying to their children and start conveying every tale as the tale that it is; or at the very least, allow them to decide for themselves whether or not to buy into the legend?  I look forward to the day when people, and especially children, advance spiritually enough to know ESP as a first language, and thus, can never be deceived.  Someday no lie will hold water.  I believe that time is coming soon.