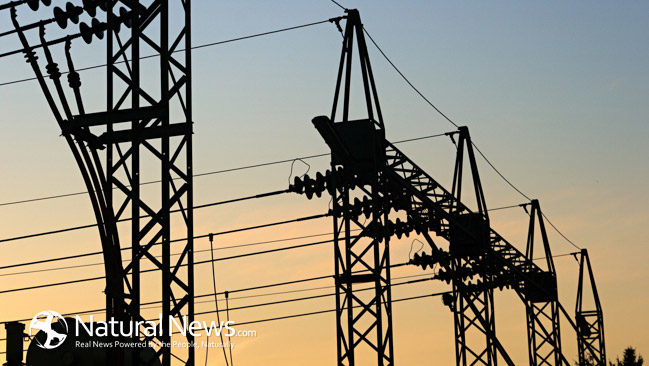 Many people find electrosmog to be a new concept. Pollution emitted by factory smoke stacks, toxic river discharges and vast oil spills are well known. The concepts of sound and light pollution are also emerging. Many cities have introduced projects to limit noise levels in their streets.

However, electrical pollution—also called electrosmog—seems to be a little known and even shunned subject.

Electrosmog can be defined as excessive radiation striking a living organism from a man-made electrical device. This includes all radiation frequencies, from the household current range of 50 or 60 cycles per second (also called Hertz after a German scientist) to the Gigahertz frequencies of mobile phone towers, TV and radio stations.

However, the problem here is to establish what excessive means. This question has been considered, and mostly evaded, by government health and safety institutions in many countries for many years. The official models and value limits used are inadequate, only considering part of the problem.

Regulatory agencies base the emission limits of antennas and mobile phones on their ability to cook animal tissue, i.e. the intensity of the radiation. And limits are low enough so that this does not occur. The issue is conveniently left at that.

However, they have completely ignored the effects of the frequency and coherency of waves. The result of this is tens of thousands of persons in technologically advanced countries who have become hypersensitive to electrosmog and can no longer work at their jobs—or even live at home.

This could be discussed in detail, but is beyond the space available for this article. It should be mentioned, though, that body organs such as the heart, kidneys, liver, etc. can be affected adversely by specific frequencies that differ for each organ, but are close to those used in mobile phone telephony.

When you add coherency, this means that the radiation moves in step, as light in a laser beam does, and as a battalion of soldiers marching on a bridge might do. The effects of coherency are well known in this regard. Laser beams can burn a hole in things; soldiers are told not to march in step across a bridge, because this may cause the bridge to collapse.

Sources and Effects of Electrosmog

Electrosmog from Power Lines
Power lines stretch over hills and valleys of the countryside and through many towns. It is fairly well known and documented that living near the electrosmog of these high tension cables can cause leukemia, particularly in children—the recommended distance to such lines being at least 150m.

Yet thousands of people live within 10 meters of these overhead cables. Many informed communities across the world have decided to bury these lines deep underground to reduce electrosmog.

Electrosmog from Mobile Phone Base Stations and Masts
Mobile phones need these stations and masts to work. Well, actually they also run via satellite, which is much safer, as the radiation intensity required is lower, but for some reason this possibility has not been developed extensively.

Thin, vertical rectangular metal boxes fixed to these masts abound in many different places and forms. They sit like ravens in clusters on top of buildings—perhaps on your condo—on water towers, walls, along highways, in marinas, hidden in lampposts, even disguised as trees or cacti. One wonders why they should be disguised. There might be one on a roof across the street from you. Maybe that’s why you don’t sleep so well at night.

There are numerous reports from across the world about adverse health effects suffered by people living near such electrosmog masts, in which sleeplessness, fatigue, irritability, nervousness, headaches, nausea, and palpitations are often mentioned.

The authorities in Salzburg, Austria and New South Wales, Australia, have passed laws severely limiting the power emitted by base stations and masts. And why are other countries so far behind in limiting electrosmog of this type?

Electrosmog from Mobile Phones and WiFi
Mobile phones and WiFi operate using microwaves, which are electromagnetic waves with wavelengths ranging from 1mm to about 30cm, current phones operating with wavelengths of about 10cm. This means that objects of this size can resonate with these microwaves—a baby’s skull for instance, a metal lamp affixed to your wall, your metal pen, and springs in your spring mattress, radiating microwaves into your back at night deriving from your nearby mobile phone and the mobile phone mast across the street.

You should know that mobile phones emit electrosmog even when you are not making a call. They communicate with the nearest base station many times per second to check whether there is a call for you—emitting microwaves each time.

Microwaves are also used to cook (“destroy” would be a better term) food in your microwave oven. When you use a mobile phone, you are cooking your brain, although not to the extent that occurs in a microwave oven, but the temperature of the brain is raised by about two degrees Fahrenheit. As your eyes have few blood vessels for conducting heat away, they can be damaged. In Scandinavia, there have been reports of people suddenly going blind in one eye after some years of mobile phone use.

There are frequent reports of the electrosmog from mobile phones causing severe health damage: brain tumors, throat cancer, severe vertigo (especially in reporters on the move), and headaches. Such effects often only appear after some years of heavy use.

Leaky microwave ovens can kill you. There is the case of a cook in England who keeled over dead one day. A curious doctor performed an autopsy, which revealed that his heart had been fried as well-done as a beefsteak due to a leaky microoven or faulty handling of it.

A new study conducted by German scientists in Berlin found that energy-saving bulbs release carcinogenic chemicals and toxins, such as phenol (used by the Nazis to execute people), naphthalene (damages or destroys red blood cells, causing anemia) and styrene (a gastrointestinal, kidney and respiratory system toxin).

If an energy-saving light bulb breaks, grab your kids and run fast. The broken bulb will release mercury gas, which is very poisonous. Ventilate and return after 15 minutes. What about all these used bulbs going to landfills?

Electrosmog in the bedroom: Radios and lamps placed near the bed contain or are connected to nearby transformers that produce strong magnetic fields which enter your head while sleeping.

Heating wires in electric blankets and water beds produce strong magnetic fields that wrap themselves around your body and reduce your vitality.

Magnetic fields from baby monitors have a harmful range of up to 1m. Exposing your baby to the electrosmog of strong magnetic fields can affect its nervous system development. Babies are reported to have stopped screaming at night after removing such baby monitors.

Electrosmog in Offices and Classrooms
In these places there is often a myriad of PCs with transformers, cables, and devices. PC screens emanate excessive levels of magnetic and electric fields. WiFi devices, cordless mice and keyboards radiate electrosmog continually, and, not to forget, so do the mobile phones of colleagues—and your own.

Now the energy-saving light is popping up everywhere, also in the office, producing poor, stinging light quality and poisonous gases.

People Who Have Been Affected by Electrosmog
Thousands of people, both young and old, have been affected by electrosmog and become hypersensitive to electromagnetic fields. Becoming electrosensitive means that your education and experience have suddenly become worthless as you can no longer do your job in an office without developing excruciating pains or other disabling states. Worth thinking about.

There are associations for electrosensitive persons in most countries. You are invited to check the links at the end of this article for case stories.

Many people have been so severely affected that they have had to move out into the woods or mountains in search of environments free of electricity. Sounds crazy, but it is true.

Reducing Electrosmog from Power Lines
Don’t live closer than 150m from one, or have your power company bury such lines.

Reducing Electrosmog from Mobile Phone Base Stations and Masts
Although it is easier said than done, keep a distance of 150m. You can hardly escape from them these days. Until governments (read corporations) do something about this type of electrosmog, your best bet is to develop a healthy lifestyle. Keep to a wholesome diet and good exercise program to maintain a strong vitality. Avoid pharmaceutical drugs like the plague. You won’t need them if you live sensibly.

You could also move to Mozart’s hometown of Salzburg in Austria, or New South Wales in Australia, where these electrosmog emissions are kept low by law.

Reducing Electrosmog from Mobile Phones and WiFi devices
You might consider the following recommendations:

Reducing Electrosmog at Home
At home, you would be wise to rid yourself of energy-saving lights for the reasons given above. Place them outside in a well ventilated place. You can install LED, incandescent, or halogen lighting instead. I will go into greater detail regarding the home in another article.

Reducing Electrosmog in Offices and Classrooms
Do the same with lighting in these places. As regards offices, reduce the number of people sharing an office space, if possible. Many people have the option of teleworking, i.e., working at home for their company. Good idea. There you can control the environment much better. Use fixed Internet connections instead of WiFi.

I invite you to keep an open mind regarding the electrosmog issue and begin to inform yourself. The links here and your Internet searches will certainly unearth food for thought for the curious. Things are not always what they seem, and the illness you prevent may be your own—or that of a family member or friend.

Kjetill Oftedal, a Norwegian by birth, physicist, systems analyst and homeopath by education, multilingual at an early age--a result of being raised in the U.S., Norway and the Dutch West Indies--has lived and worked in various professions in a number of European countries and the U.S.
Kjetill Oftedal has worked as a sailor, salesman, night guard, electrical engineer, North Sea offshore engineer and in the Sahara; tutor, high-school, adult education and university teacher; director of personal enhancement training institutions in Spain and Portugal; systems analyst, computer programmer; classical homeopath, multilingual translator, webmaster, managing director of a school and clinic of classical homeopathy he established in Spain.
While in Spain, he wrote a book on the subject of electrosmog--a much neglected and often purposefully ignored health hazard of the current technological civilization--for the Swiss company Smogly, and, lately, he has authored a book and web-based courses on classical homeopathy.
Kjetill Oftedal is the author of "Family Homeopathy and Survival Guide," a practical self-learning book for household use, which he is translating into Spanish.
Kjetill Oftedal has always been interested in the unusual, mystical and occult, leading him to write a number of esoteric short stories, some of which are published in "Nine Dewdrops," available from Amazon as a Kindle eBook.
He lives in Caracas, Venezuela with his wife Xiomara, where he writes and runs the International Homeopathic Web Clinic and Avila School of Classical Homeopathy.

Former director of the Iberian School and Clinic of Classical Homeopathy in Estepona, Costa del Sol, Spain and Gibraltar.