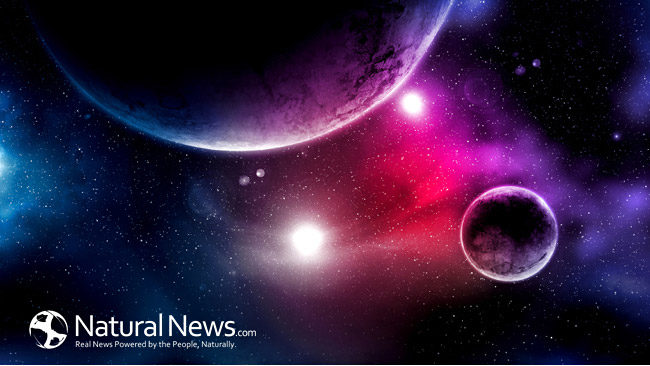 Electromagnetism. What is it? It is one of the fundamental forces in nature that exists within everything allowing interactions between all types of bodies to be possible. Simply put; it is electrically charged particles in conjunction with uncharged magnetic forces that help better describe our physical reactions amongst other human beings and our universe. As human beings, we are made up of not only matter but electromagnetic forces as well. Electrical currents sent from the brain to the body and back deliver messages that translate as commands and responses such as to walk or to feel pain. Magnetic forces within the brain, such as those often observed in birds, are used mostly for migration but humans for thousands of years have used such forces for healing.

Much like humans, planets and entire solar systems too are made up of electromagnetic energy. This is where Electric Comet theorists begin their comet thesis, from the primordial debris in which Solar Systems are created from. With this said, it is believed that passing comets have an electromagnetic effect on both the Sun and on Earth. Traditionally it was believed that comets were nothing more than frozen balls of ice that had no effect on Earth unless of a direct impact however, recent evidence is beginning to challenge this theory. Comets reaching perihelion as well as Sun diving comets have shown to have been followed by a Coronal Mass Ejection (CME) shortly thereafter. As well as it is also being suggested that Sunspot Activity and Solar Flaring increases on the Sun while comets are in various orbital fields prior to reaching perihelion due to the electromagnetic charges between the two cosmic bodies.

It is obvious that the Sun has an electromagnetic effect here on Earth. Charged plasma particles, which are made up of all sorts of elements including hydrogen and iron, release from the Sun impacting Earth’s Magnetosphere disrupting or overcharging electrical grids as well as strengthening the Auroal Electrojet causing the Aurora Lights to be visible across the majority of the globe. The Magnetosphere on Earth alone is made up of an electromagnetic effect caused by the spinning effect of Earth’s electrically-conductive core. The inner planets also have an electromagnetic effect and share magnetic connectivity on both Earth and the Sun once they become geocentrically or heliocentrically aligned. The effect of this is usually increased Solar Flaring from the Sun as well as increased Seismic Activity here on Earth.

In summary, all bodies interact with one-another regardless if they are composed of organic materials or cosmic. As technology evolves so does the ability to observe electromagnetic interactions between comets and planets as well as stars and solar systems. The ability to gain an understanding of electromagnetism and the entire Electromagnetic Spectrum is crucial for human beings and our quest to discovering our purpose.

“Electric Comet Could Burn The House of Science.” By David Talbott: Thunderbolts.info
http://rense.com/general63/elele.htm

“Thunderbolts of the Gods.” By Thunderbolts Project
https://www.youtube.com/watch?v=5AUA7XS0TvA&feature=c4-overview-vl&list=PLwOAYhBuU3UfvhvcT1lZA6KbSdh0K2EpH