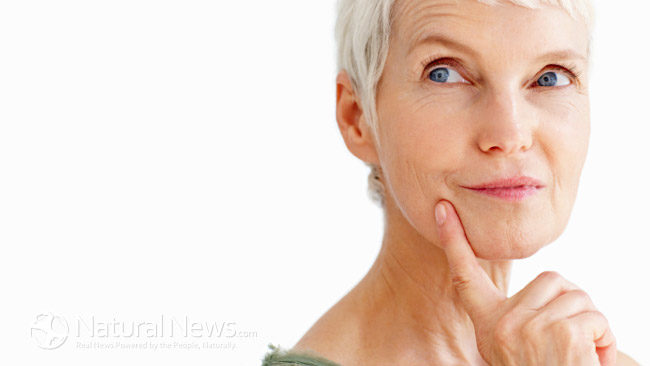 Elder care presents so many problems for the children who, in their prime working years, must arrange some way to care for their aging parents. Homecare is ideal, but most families nowadays have both spouses working, so this is impractical for most.

Assisted living facilities present another option, but this has limitations and is more impersonal, more detached from friends and loved ones for those being cared for.

Many of the problems inherent in caring for geriatric patients may be caused by the multiple prescriptions and OTC medications they are taking. Doctors may deny this or say there is no way to avoid it, but they may have a vested interest that prevents them from seeing other possibilities. Besides, there are many natural drug-free ways to deal with most age-related disability (and many commonly prescribed drugs, such as statins, bring little benefit and large side-effect liability).

What if there was a way to reinvigorate those who now require elder care and even Alzheimer’s care, so that they are no longer impaired by so many medications, are more lucid, more comfortable, and more like their normal selves?

What if, instead of dozing most of the day in a chair, these elderly parents could once again feel like walking, joining their caregivers on trips to the store, visits to the park, and outings with the grandchildren?

A growing number of middle-aged parents in the “sandwich generation” — having learned about kratom for their own pains, anxiety, and fatigue — are finding that kratom also works wonders in the elder care of their parents.

There are so many unnecessarily sad stories at the end of otherwise happy, productive lives. The poor guidance we receive from our medical doctors and other public health “authorities” on how to eat, what foods to avoid, and on the importance — the necessity — of nutritional supplementation are to blame, according to Joel Wallach, ND.

Nevertheless, there is a inexpensive, gentle palliative aid that restores vitality and some of the sparkle that these geriatric patients had earlier in life, thanks to the daily administration of the herb kratom.

The usual solution of placing parents in a nursing home or assisted living is often a recipe for imminent decline due to the heavy use of a variety of painkillers, anxiolytics, antidepressants, antipsychotics, and other meds. The strategy of nursing home staff seems to be, “Keep them drugged up so they won’t be so demanding of our attention.”

Dozing in their wheelchairs, tied in so they won’t fall to the floor and break bones, is a sad way to treat these noble souls, warehoused in even the best nursing homes.

What if the patients in elder care could be returned to a more active life, able to participate in trips to the store and conversations with loved ones and friends — all facilitated by the energy and mood-boosting qualities of kratom?

We know that a sedentary life is dooming many younger workers to obesity and early onset of a variety of diseases. Imagine what being left in a nursing home does to older adults, removed from family, given all sorts of prescription drugs, and possibly subject to abuse. Sitting all day and night, occasionally trying to converse with other drugged-up patients, moving into apparent senility accelerated by the drugs and poor quality food they’re fed.

That’s no way to treat our parents and grandparents! Some are finding a better way to make elder care more manageable, with kratom, an herb used for centuries in the Orient to gently help relieve pain, boost energy, normalize blood sugars, as well as improve mood and alertness. Research at Columbia University indicates that kratom and it’s chief alkaloids may be a much better choice than opioids, anxiolytics, and antidepressants — all in one herbal tea.

Just as this unique botanical helps restore vitality and elevate mood for younger folks, kratom is reported to create “night-and-day” turnarounds for those who have added the plant, made into a tea, into their parents’ and grandparents’ diets. Below are their stories:

Emanuel: “My Mother, who suffered from inoperable cancer of  bone and breast, took kratom for a while in place of the heavy narcotics they were giving her which neither she nor her body could tolerate. She did much better on the kratom, but when her digestive system eventually gave out, she couldn’t take it any longer… Kratom can work as a replacement for pain management, even in cancer patients.

Surprising that with all the pharma growth and medical industry success in this country, we’re still treating cancer by killing the patient…. It’s a profitable business, cancer… Don’t think it’ll go out of style anytime soon. I’d like to see a natural first approach to treatment in general… Nature is, after all, our first go-to doctor, and traditional treatment in the purest sense, not the other way around.”

Author’s Comment:  I have heard several doctors say that chemo and radiation “therapies” are what kills cancer patients, but the doctors can alway blame the disease. Chemotherapy is chosen because of its high profitability, not its success rate compared to natural therapies.

Emanuel:  “I agree. They had initially wanted to remove her whole digestive system, but she refused, thankfully. She lived ten years after the discovery of her cancer… Don’t think she would have had that long were she to listen to them… Chemo always put her in bed, progressively worse…”

Nancy:  “I wish I had a video of my 84 yr old Mom trying to toss and wash!! I ended up making her some tea ( which I should have done in the first place). But she so rarely takes a pain medication, that it’s just easier for her.”

James:  “I had an older lady, she is 89 years old now, that came in for massage every other week. She had been living with scoliosis for her entire life. Her back looked like one of those “curves ahead” signs on roads, almost a perfect “S”.

I offered her Kratom about 3 years ago. Massage was helping with her pain, but not stopping it completely. I wanted her to feel no pain.

She still takes her kratom. I send it to her every month (she is on social security, so she can’t afford to buy it). She takes 14 ounces every month, and says her pain is gone on most days.

She was only taking pain medication (lortab) when she started coming to me for Massage. She is off of those now.

For her age, and her back being totally screwed up, she is in surprisingly good health. She says that she has more energy now, and even started a new rose garden last year.

I honestly believe this lady (Miss Mary) will outlive me.”

Wendi: “My 83 year old father in law LOVES Premium Bali kratom for All his aches and pains- and he has shared it with many of his friends in that age group!”

Ang:  “We just started my half-sister’s mother and her husband on kratom and what a life changer it has been for them. They are in their eighties.

She suffers from Addison’s Disease and they both were just having lack of energy and were just going downhill really, really fast just from old age, but Wow what a difference kratom made!

I just couldn’t believe the difference in my sister’s mother and her husband after the first 2 weeks — it was like night and day! I’m going to guarantee that it will probably prolong their life because they’re not dormant and stationary. Now they actually can get up and around the house and go on errands with my sisters whenever they have to go to the store for him and stuff.”

Kay: My elderly neighbor, that I was taking kratom to,  was eventually taken to the hospital because of some swelling in his arm. When he came back home on other meds along with OxyContins, he started going down from there. It was awful to watch my friend slowly “go away”. I went over one morning and saw that he had had a stroke, so he went back in the hospital and died. I know I can’t blame one thing, but he was doing good with the kratom and that was a big dose of “Oxies” for such a tiny frail man. Because of the Oxys, all he did was sleep and he could barely walk. I miss my buddy!”

Author’s Comment: It’s just my layman’s opinion, having read these accounts of happier outcomes in elder care with kratom — and my own experience of seeing my mother’s decline, due to a broken hip, a hospital stay, and the “best” nursing home care — kratom would have been a far better option if it had been available then for her elder care, compared to the mind-robbing medications and Electro-Convulsive Therapy they treated her with (the latter without my prior knowledge or permission, as her legal guardian). More humane methods of elder care are needed.

Paul Kemp writes often about the constructive uses of the herb kratom he has seen and heard about in the community of millions of medicinal consumers.