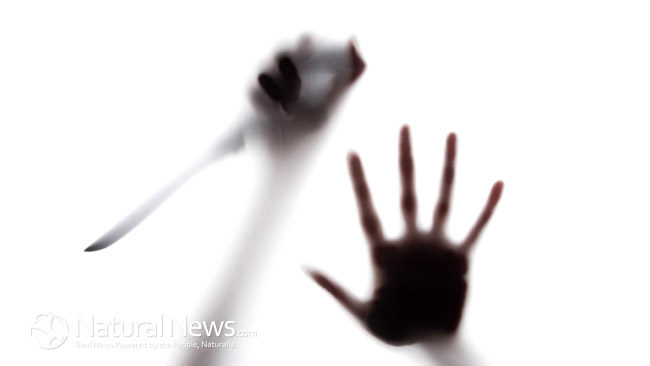 Ebola virus workers were murdered by Guinea villagers this last week. The team of healthcare professionals was on an Ebola awareness campaign to alert and educate the inhabitants about the deadly virus, as well as disinfect the village. Some believe the villagers in the rural community of Womey murdered eight members of the team thinking the missionary group was spreading the deadly virus.

In an international effort to curtail the Ebola outbreak in the region, an Ebola aid team set out to educate villagers and to do some disinfection work.

The Eau de Vie Ebola awareness team, a ministry of Compassion and Mercy Associates (CAMA), arrived in the remote village in Womey, Guinea. The team consisted of a preacher, three journalists, two medical officers, local administrators, including Reverend Moise “Moses” Mamy, the President of the Mano CMA Church in Guinea and cofounder of Hope Clinic, Guinea.

Guinea’s prime minister, Mohamed Said Fofanah said the delegation set out to educate the locals about Ebola. As in other villages throughout the region, villagers in Womey are still “intoxicated by information making them believe this sickness does not exist or was created to eliminate them.”

Upon the team’s arrival, the first meeting with villagers showed promise. According to one resident, “The meeting started off well. The traditional chiefs welcomed the delegation with 10 kola nuts as a traditional greeting. It was afterwards that some youths came out and started stoning them. They dragged some of them away, and damaged their vehicles.”

Villagers used clubs and machetes in their attack on eight members of the team.

Government spokesperson Damantang Albert Camara said, “The eight bodies were found in the village latrine. Three of them had their throats slit.”

Reports show the village is now deserted; however, six people have been arrested. Presently, confirmation for the motive of these brutal murders is unclear.

However, Jon Erickson, an Alliance international worker and colleague of Moise wrote, “Many places accepted their teaching. But some villagers had heard a rumor that the [bleach they were distributing], which kills the Ebola virus, was actually the virus itself.”

Complicated Efforts and Lack of Education

The World Health Organization (WHO) reported this last Thursday; the Ebola outbreak across five West Africa countries is the biggest world Ebola outbreak ever. Over 5,300 cases have been reported, with more than 700 case reports in the past week alone.

The number of people dying from this disease has doubled in the last month.

The World Health Organization called this outbreak, “the greatest peacetime challenge” the United Nations has ever faced.

Most of the Ebola virus epidemic cases are coming from Liberia, Sierra Leone, and Guinea. The virus has also spread to Nigeria and Senegal.

WHO reports the epidemic could last for many more months due to the desperate shortage of supplies and health workers. Periodically, citizens experiencing the deadly Ebola virus for the first time Ebola are attacking health workers who are trying to educate the populace and stop the spread of the disease.

Health workers trying to give the support and supplies needed and stop the spread of the Ebola virus face increased dangers. Local people are frightened and blame doctors for being responsible for the virus, illnesses, and deaths.

Dr. Fanta Kabba, permanent secretary of the Ministry of Health said outreach work had become impossible in the southeast of the country and work would be limited to just treating the ill.

She explained that the government was trying to understand why locals resisted: “Putting in place the strategies to fight Ebola has become impossible. We cannot act when we are being prevented from acting.”

Nonetheless, every government affected and the international agencies combating the epidemic are trying to reach out to the rural communities where fear and misinformation have prevented efficient measures to control the spread of the Ebola virus disease.

Experts say until every area infected is reached and controlled; a reservoir of Ebola virus will linger and continue to spread.