Eat crickets instead of fish for healthy fats 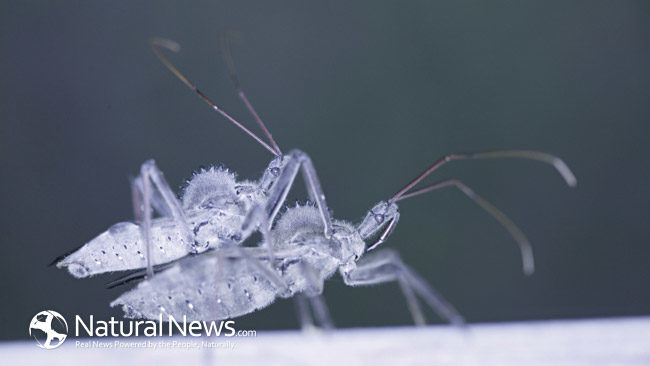 In 2014, The Food and Agriculture Organization of the United Nations hosted the first ‘Insects to Feed the World’ conference.  For many countries, insects is a regular part of a low-fat, high protein sustainable diet.  In the United States, manufacturers have began utilizing dried and roasted crickets in their products.  Cricket snack bars and cookies even passed the Consumer Reports taste test. (1)

Crickets are a good source of B vitamins and contain five times the amount of magnesium as beef!

Crickets have many nutritional benefits to consider.  First of all, when you eat crickets you aren’t eating a part of an animal, you’re eating the entirety of the insect, the exoskeleton and organs.  They contain a large amount of B vitamins including B12, thiamin, riboflavin, niacin, and pantothenic acid.  They are also high in phosphorus, zinc, selenium and iodine. Crickets are a great source of protein.  One serving of crickets could give you as much protein as a hamburger for half the calories.  Crickets also offer five times the amount of magnesium as beef!

Crickets offer the benefits of omega-3 fatty acids without the risk of mercury!

Omega-3 fatty acids are essential for a healthy body and a healthy baby for women who are expecting.  When people consider getting omega-3 fatty acids in food, they immediately think fish.  Unfortunately, with the rising concerns around the mercury levels in fish, crickets may be a safer option.(2)

Mercury levels in the North Pacific Ocean have risen 30 percent in the past 20 years and is expected to increase by 50 percent by 2050!

Mercury levels in the North Pacific Ocean have risen 30 percent in the past 20 years and are expected to rise by 50 percent by 2050 due to the increase in industrial mercury emissions.  Federal health officials have expressed concern that a 6-ounce serving of salmon contains about 4 micrograms of mercury compared with the same portion of tuna that contains 60 micrograms. 170 micrograms of mercury was found in a 6 ounce portion of swordfish.(2)

When the human body consumes seafood that contains methylmercury, more than 95 percent is absorbed and passes into the bloodstream.  It can then move through the body and penetrate cells and organs. (2)

Considering the facts, eating crickets is a positive health decision and ecological decision, but will it become an acceptable trend in Western society?  Time will tell.  Manufacturers are hoping that prepackaged foods such as bars and cookies will help subdue the squeamish reaction associated with eating bugs and challenge the minds of consumers.

Fun fact: If you consciously choose to eat insects, you are practicing what is called entomophagy. What is entomophagy exactly? According to the IAF website, “Entomophagy is the practice of eating insects – including arachnids (tarantulas) and myriapods (centipedes).” They go on to say: “The word ‘entomophagy’ derives from the Greek term éntomos, or éntomon, meaning, ‘insect(ed),’ literally meaning ‘cut in two,’ referring to an insect’s segmented body, and phăgein, ‘to eat.’ Combined, the two terms mean, ‘insect eating.’