Durians—The Myths and Facts About The King of Fruits 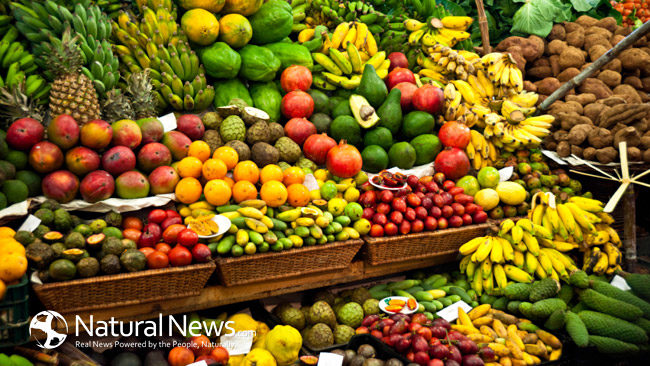 If you’re like me, you probably have been looking for ways to not only lose weight, but also to eat foods that supply your caloric intake limit as well as remain healthy for you so you don’t have to worry about high cholesterol and high blood pressure on top of everything else. If that’s the case, I have some good news for you. Did you know that there is a super fruit out there called the Durian, that can supply everything both you and I are looking for?

The Durian is very simple, yet it is sometimes called King among the fruits.

This is because unlike many of the other foods out there, the Durian has monosaturated fats that have the ability to lower bad cholesterol and help in the moderation of high blood pressure. However, depending on the size of the Durian you’re eating, one of these guys can take over 50% of your daily caloric intake limit, so don’t feast on them unless you want to eventually gain weight.

They contain simple sugars so diabetics can’t eat too many of them as well. However, don’t let this turn you away from the Durian, after all, they are naturally rich in several key vitamins that we need. Things like Potassium, Fibre, Iron, Vitamin B and C.

All this, from one piece of fruit.

The health benefits of durians: Smelly fruits with hearts of gold

There are some myths surrounding this amazing fruit, probably because of its exotic nature.

Some of them include:

Another myth concerns another type of fruit, the Mangosteen. In this myth the Mangosteen has to be eaten with the Durian because of the fact that Durians are “heated”, heated being another word for slightly tangy, and the Mangosteens are “cool”. Eating a Mangosteen will reduce the tangyness of the Durian. While they may taste good together, the likelihood of this myth being true comes from the fact that in China, both fruits are harvested at the same time.

And last, but not least, the biggest myth about the Durian. Some have said that eating Durians and drinking alcohol can kill you.

This last one deserves a little discussion, as everyone knows that drinking too much alcohol can send you into alcoholic poisoning and death. However, linking the Durian with the alcohol may make sense to those who have done it, but after much research and observation, the worst that can come from doing this is a very bloated feeling as well as indigestion. Doing this for long periods of time can lead to Irritable Bowel Syndrome, as the body struggles to break down two items that are high in sugars and fats. The increase of the body temperature from the Durian, as well as the lowered inhibitions from the alcohol, can make someone feel as if they are dying, but this myth is just a myth, and there is no way that mixing the Durian and alcoholic drinks will kill you.

That being said, despite all the myths surrounding the Durian, this little fruit has more than earned the name “King”. Rich in vitamins and minerals, as well as eating one helps maintain healthy blood pressure, maintaining the cardiovascular system with ease, boosting the immune system, the Durian does it all! While it may not boost the libido, having a greater chance of beating the common cold has its perks for many people out there who always suffer from something so simple.

Eating a Durian just makes sense as far as keeping yourself healthy, they are just really addictive.

Give Your Body a Boost of Magnesium with These 6 Foods

7 Foods to Detox the Lungs